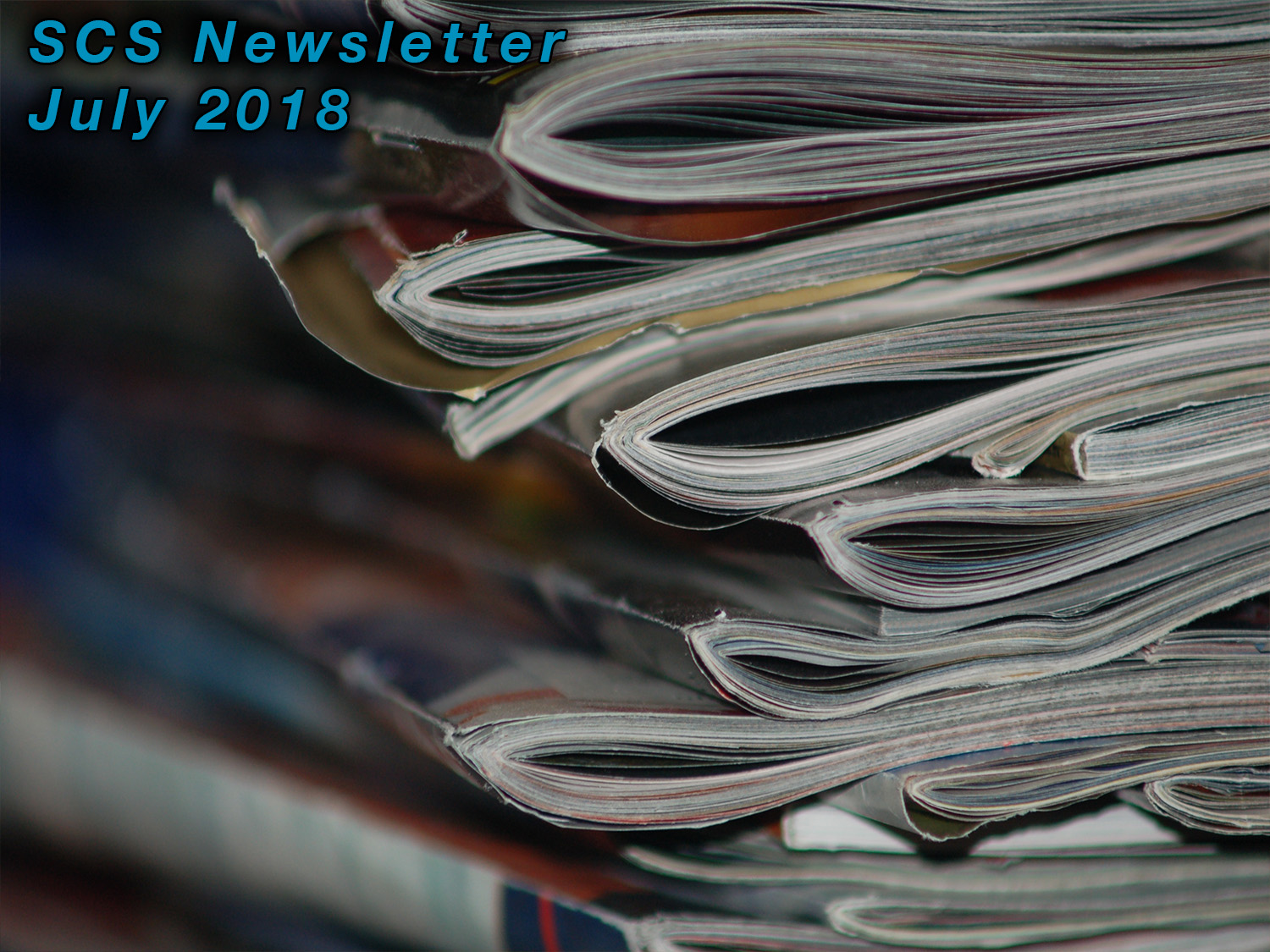 (Pre-Report Note: This academic year saw the enactment of the General Data Protection Regulations, or GDPR. The SCS is firmly committed to the protection of its members' data, and has taken steps to become GDPR compliant. That said, it will become more difficult this upcoming academic year to request the demographic, personal, and career-related information from our members that has for years helped us get a sense of the field and then relay that information back to members in media such as this report.

Please, if you intend to join the Placement Service this upcoming year, consider filling out the voluntary information requested. Doing so will ensure that the SCS and the field as a whole can have a clear picture of the job market in order to best respond to our challenges and track our successes.)

This report details the past academic year in the SCS Placement Service. We have exported all data directly from the Placement Service portion of our website (classicalstudies.org), and most all of it is self-reported by the candidates and hiring institutions that filled out their profiles, placed job ads, and requested interviews at the annual meeting. The data are incomplete in places, contradictory in others, but are, on the whole, the most comprehensive picture of jobs data for Classics in North America for this year.

You can find and freely use for personal analysis the data in the Excel documents that accompany this report (SCS.PlacementData.2018.zip) and from the mid-term data gathered last March. All data used in this report were downloaded on Friday, June 29th, 2018. Confidential information has been removed, and some data analysis that requires the use of confidential information has been presented in this report, but the raw data are not supplied to the report’s audience. This includes – but is not limited to – information from both this and the mid-term Placement report, such as the maximum number of interviews by one person at the annual meeting (6) or the average short list size for institutions (12).

In sum, there were 145 job advertisements on the Placement Service this year. These were placed by 119 institutions, departments, organizations, and programs.

This figure of 145 advertisements is one fewer ad than the previous year (2016-2017) and five more than the year before (2015-2016). Do note that 146 is the number of advertisements placed on the Placement Service. Some ads could have been a singular advertisement for multiple positions.

As discussed last year, the terms for job "Rank" (“Assistant Professor,” “Associate Professor,” etc.) no longer track evenly with the classification of that job as being tenure-track or contingent. With the "Other" rank being the second-most used this year (25% of all jobs, second only to "Assistant Professor"), we thought it best to highlight the classification – labeled "Type" in the data – this year instead of the assigned “Rank.”

Overall, 57% of all jobs placed on the Service this year were considered contingent, meaning they are classified by the hiring institution as non-tenure track, adjunct, or part-time positions. This is down 5% from last year. 36% of jobs were tenured or tenure-track, a 4% increase over last year, and the remaining 7% were classified as "Open" and included jobs like administrative coordinators or librarianships. As last year, there is no classification for non-tenure track positions that could turn into a tenure-track position, though some advertisements stated this possibility explicitly in the body of the ad.

New to the public data – downloadable from the .zip file above – is the ability to search through the job Type (e.g. “tenure-track,” “non-tenure-track,” “open,” etc.) and Rank to see the titles of the jobs those categories are describing. This has proven much more effective in clarifying what exactly the job will be in terms of contingent or permanent work, and so we hope this addition will be useful.

Job specialty – or the main research focus of the ideal candidate – shifted somewhat this year. Whereas the "Generalist" and other non-specific categories made up 66% of last year's jobs, that number was a much-reduced 52% this year. 20% of jobs sought someone with a Latin language or Roman focus only (exactly the same as last year), while 9% explicitly stated they wanted a Greek or Hellenistic focus (down from 14% last year).

Hiring data will be trickling in over the next few months. As always, updates will be posted to https://classicalstudies.org/placement/hiring-data-positions-classics. We are investigating better ways to remind institutions who place ads with us to send us news of confirmed hires.

There is an odd discrepancy in the number of candidate profiles this year compared to the mid-term report issued a few months ago. We saw something similar last year, and wanted to flag it for you. There were, as of March 6, 2018, 455 candidates who filled out candidate profiles with at least their names and 646 subscribers to the Placement listserv as a whole. As of June 29th that first number had dropped to 417. This contradicts the experience from last year, which saw an increase in nearly the same time period from 338 to 516. It is likely that some folks decided to delete their account following the SCS Annual Meeting, but it has shown itself to be a highly unpredictable data point in our reporting, and will be further looked into before next year's mid-term report.

As always, caution must be applied to the following numbers. Not everyone filling out a candidate profile will have been on the job market this year, so their experience might not be representative of all candidates looking for jobs.

Basic demographics have held steady from the mid-term. Men still make up 56.8% of our Placement Service users, with Women coming in at 40.7% and the remainder preferring not to answer. Racial, citizenship, marital status, and other categories also have remained largely unchanged.

More adjunct faculty used the service this year than last, putting further distance between them and graduate students on the market. Contingent and unemployed faculty made up 57.6% of the market, up from 53.7% in March and almost matching last year's number of 56%. This increase makes sense if candidates who were not going to apply for Visiting Assistant Professorships in the Spring simply left the Placement Service between March and July, but this is merely one explanation for the increase.

As a new feature of the public data in the CandidatesSubscribers.Public file, we've created two tables – highlighted in blue – that allow you to compare publication numbers across a variety of indicators. The question of "how many articles should someone have" comes up a lot in pre-interview discussions, so we thought we'd allow folks to see exactly how many publications other people on the job market had. This can be filtered by gender, Ph.D.-granting department, and/or current employment status. Initial tests of this information show that the range is massive and the results are not uniform, giving weight to the anecdotal advice that, when it comes to publications, no one answer is "correct." These tables also model how someone reading these data might want to run their own analysis on related categories.

This was the second year in which the SCS released the Placement Data in this particular format. The data have seen a variety of formats over the years, and the questions contained within also varied in their language, focus, and definitions. This has, as always, made cross-year comparisons particularly difficult from a data analysis standpoint, but the current practice of 1) providing a straight-forward description of the data along with 2) the raw data itself seem to be working well for us so far. Now we are able to compare this year’s data with last year’s, and I think the results, though they represent only minor variations thus far, will prove fruitful in the coming years. Though GDPR now makes gathering this data more difficult for this next academic year, I am confident that the desire for data and low barrier to filling out the information will allow us to make similar comparisons in next year’s report.

It is worth commenting upon the scope of our data as well. Now consistent and responsive, we can confidently start to have a sense of who is on the market, what are they doing, and where they come from. What we do not currently track is where those people end up, who gets the jobs we post, and what those successful candidates themselves look like. We are stronger as a field if we are able to see how our field is evolving, both in terms of academic hires and in careers not traditionally sought by academics. We will be trying next year to more strongly insist on departmental reporting when they place an ad with us, and for us at SCS to find a way to make that easier for them. With this information we hope to provide more accurate information to our members to better assess and react to the changing Classics and humanities jobs market.

Cynthia Bannon, Chair for Career Planning and Development Committee, describes some of the changes to the Placement Service guidelines.

Lisl Walsh, co-director of the Classics Tuning Project, talks about the project's work so far and their plans for the future.