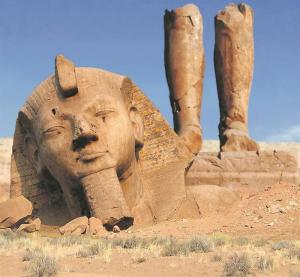 According to some recent podcast statistics, 116 million people listen to a podcast monthly in the U.S. 78% of Americans are familiar with podcasting, and while most of them report listening to podcasts at home, many listen to them at work or while doing chores and exercising. Podcasts centering on the ancient world have become increasingly popular, too. The SCS’ Ancient Worlds, Modern Communities (AnWoMoCo) initiative has supported six such podcasts, four of which have been discussed in previous posts: Inside Classics, Peopling the Past, The Greek Myth Files, and Classically Trained. This post centers on two new podcasts, one already launched and one in development with an expected fall release: The Ozymandias Project and Neropolis: The Podcast.

Lexie Henning, CEO, founder, and podcast host of The Ozymandias Project, earned her B.A. in Classics from the University of Missouri and went on to work in political campaigns and state government. She created The Ozymandias Project as a podcast dedicated to making the study of the ancient world more accessible and applicable to communities today, while primarily striving to amplify the voices of women classicists and classicists of color. The project has subsequently launched an initiative involving “archaeogaming”: “a new field that integrates the methods of archaeological discovery into the synthetic environment of video games so that, by playing games, one can teach and learn about the past.”

In the podcast, which premiered in October 2020 with support from AnWoMoCo, Henning focuses on exploring the ancient world through contemporary storytelling and examines the practical applicability of a degree in ancient studies in modern society. In each episode Henning interviews and converses with a guest: professors and graduate students specializing in some aspect of the ancient world, such as ancient Egypt, Roman spectacle or ancient medicine, as well as professionals in the entertainment industry, like actors and writers, who deal with the treatment of the ancient world in modern times. They discuss several topics, including how each of these specialists got interested in studying the Greco-Roman world and its reception; funding the humanities; and ways to increase the accessibility in the field. As Henning explains, she hopes “to bring greater visibility to the ancient fields by using our social media to connect people to ancient studies.”

In the first of fifteen episodes to date, Henning and her guest, Jordi Alonso, Ph.D. Candidate in Classics and English at the University of Missouri, discuss the value of exploring the ancient world with high school students through contemporary popular media, such as films, TV series, picture and chapter books, and video games. They also discuss the problem of focusing too much on grammar rather than context when reading ancient texts, the misperceptions created through the neo-classicism movement in the 18th and 19th centuries, and pathways one can follow after studying Classics in college.

Towards the end of the podcast, Alonso and Henning also read and discuss what became the inspiration for the name of this podcast: the poem “Ozymandias,” written in 1818 by the Romantic English poet Percy Shelley. Ozymandias is a Greek name for the Egyptian Pharaoh Ramses II. For Henning, the poem “evokes elegant decay.” The two of them discuss how the poem underlines the importance of ancient material and invites us to think about the value and peculiarity of studying the ancient world through fragmentary evidence. The poem also served as inspiration for the podcast’s visual artwork, which includes elements from both Ancient Greece and Egypt: a temple modeled after the Greek temple of Hephaestus in the Athenian Agora, one of the two Colossi of Memnon, a huge stone statue of Pharaoh Amenhotep III, the head of Ramses II, and two trunkless legs scattered in an Egyptian desert. Here is Shelley’s poem in full:

I met a traveller from an antique land
Who said: “Two vast and trunkless legs of stone
Stand in the desert. Near them, on the sand,
Half sunk, a shattered visage lies, whose frown,
And wrinkled lip, and sneer of cold command,
Tell that its sculptor well those passions read
Which yet survive, stamped on these lifeless things,
The hand that mocked them and the heart that fed:
And on the pedestal these words appear:
‘My name is Ozymandias, king of kings:
Look on my works, ye Mighty, and despair!’
Nothing beside remains. Round the decay
Of that colossal wreck, boundless and bare
The lone and level sands stretch far away.” 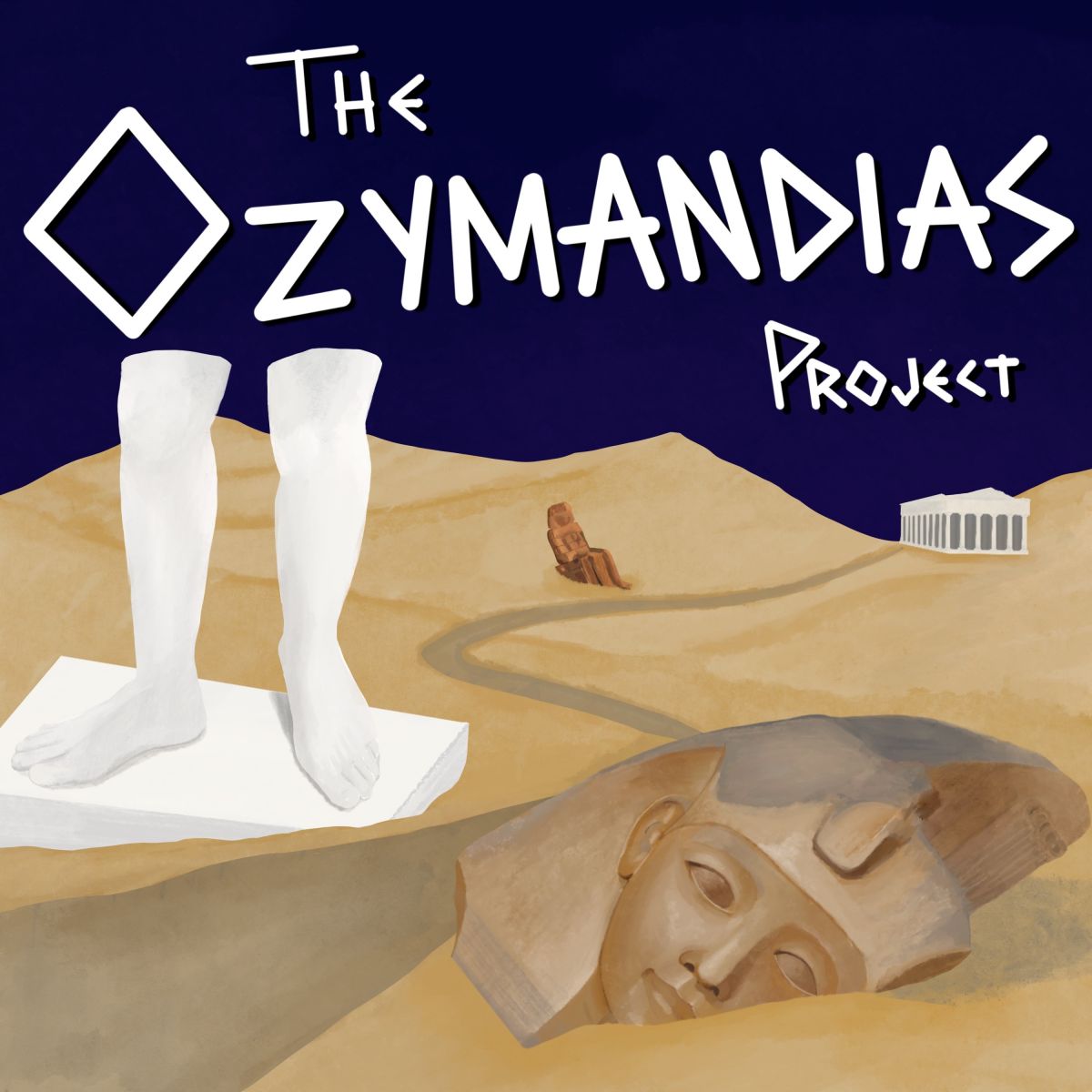 Figure 1: The visual artwork for the Ozymandias Project podcast showcasing the podcast’s interest in Ancient Greece and Egypt.

In Fall 2021, Henning is moving to Greece, where she plans to start a master’s program in Politics at the University of Athens. She is hoping to expand the voices in her podcast by interviewing Greek professors and graduate students. Henning speaks about her vision further:

When I first started creating The Ozymandias Project podcast, I made it my mission to improve and expand the accessibility of ancient studies for all by facilitating conversations about the ancient world through the lens of contemporary storytelling. And [I also aim] to analyze the achievements of the ancient world, our aspirations for the future, and the actions we can take to make ancient studies more relevant to a modern audience. The most rewarding part of creating TOP is feeling like I have begun building a bridge connecting industries, professionals, and students by giving everyone a chance to learn how the humanities interconnect us.

Virginia Closs, Associate Professor of Classics at the University of Massachusetts, is also developing a podcast, this time centered on Ancient Rome and the figure of Nero: Neropolis: The Podcast. The podcast takes its title from the name with which Nero himself allegedly suggested “rebranding” Rome. It reflects the project’s goal: to create a polis, a body of citizens that will find interest in several aspects of the enduring cultural legacy of Nero and his era. The podcast is scheduled to release in October 2021 and will comprise eight full episodes and a few mini-episodes released between the longer episodes.

Topics will include an introduction to Nero’s biography; Nero’s role in the great fire of 64 CE; Nero’s death and posthumous memory sanctions, including Nero’s portrayal as an Antichrist in early Christian doctrine and apocalyptic literature; Nero as the ultimate representation of Roman material decadence; Nero’s defiance of ancient conventions around gender and sexuality; several women prominent in Nero’s life (an episode loosely modeled on the Broadway musical Six, which presents King Henry VIII through the perspective of each of his six wives); and Nero’s presence on the stage and on screen. Discussing Nero’s presence on stage, Closs will explore, for example, how the figure of Nero was used to critique monarchies in operas of the 17th century, while in the 1930s comedy Hail Nero, his story was reimagined to explore ideas of social activism and women’s rights. As Closs notes, Nero, the last Julio-Claudian emperor, “lives on in modern political rhetoric and popular culture both as a cautionary tale about failed leadership and an emblematic example of imperial depravity and excess.”

To increase its accessibility and relatability, Neropolis: The Podcast will have a social media presence on Discord, Tumblr, and Instagram, where Closs will post images and cartoons related to each episode and encourage feedback and written commentary from the audience. In addition, full transcripts of recorded episodes will be made available. Discussions will be aimed at anyone with an interest in the ancient world, regardless of their background, but the podcast may be of special interest to those interested in politics and media, LGBTQ+ issues, pop culture, and the fine arts.

The SCS’ Ancient Worlds Modern Communities initiative will support the podcast’s audio, music, and artwork production, as well as honoraria for the podcast’s guest contributors. Original music will be composed for the podcast, while a logo image will be made by Mali Skotheim, featuring the famous bust of Nero wearing mirrored sunglasses with flames reflected in the mirrors. 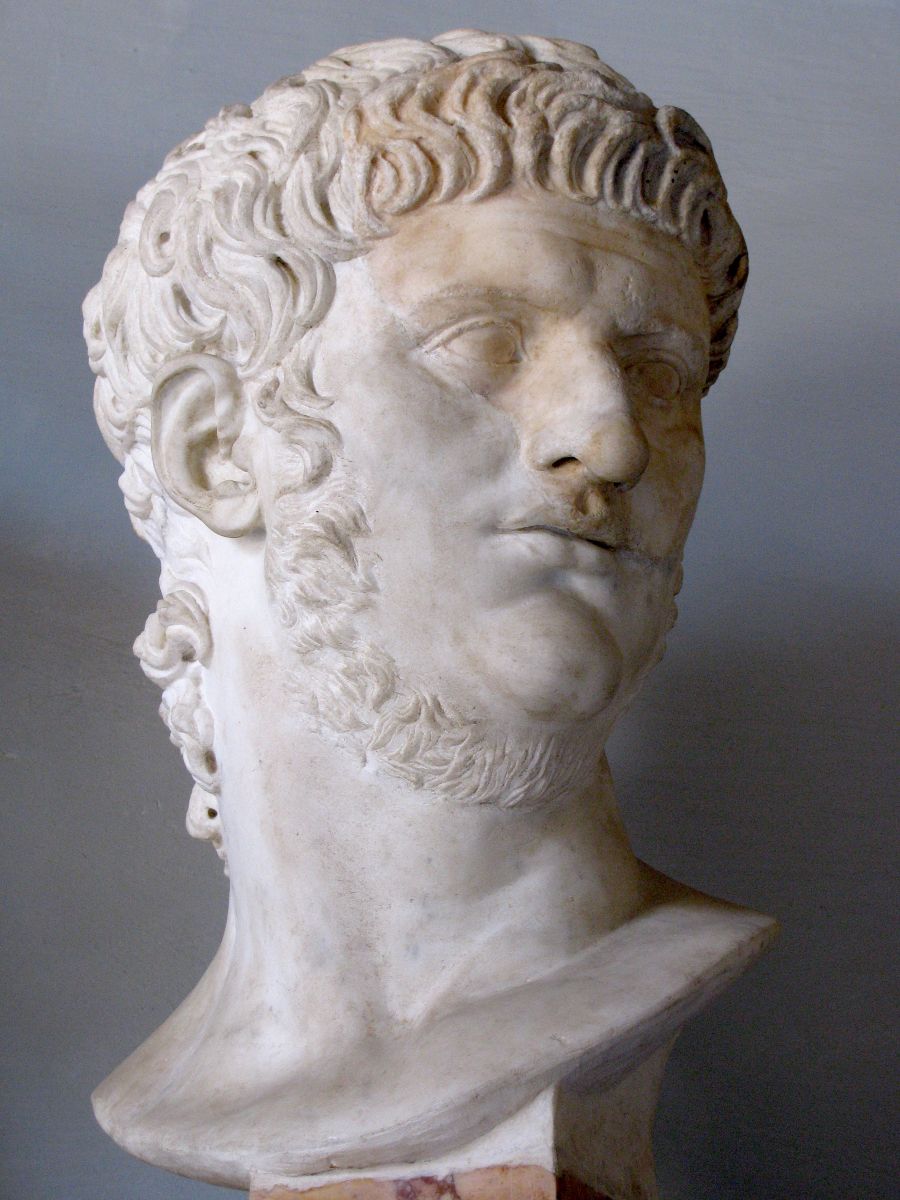 Closs’ inspiration for her podcast was another podcast on the figure of Lolita. The Lolita Podcast traces the reception of Lolita from a literary figure to her current status as a doomed icon. Interested in early imperial culture, Closs decided to create something similar about the many facets of Nero’s character and his influence from antiquity to this day. Closs discusses the goals of her project further:

This podcast promotes interest in and understanding of the legacy of Classical Rome in today’s world. The aspects of Roman history that hold enduring allure and fascination for us today prompt reflection on how we remember the classical past, i.e., to examine the underlying patterns and fundamental principles of studying ancient material; to discuss the biases and limitations of our source material; and to think holistically about the ways that subsequent civilizations have employed the Greco-Roman classical tradition.

The creation of Domitius, a new musical centered on the figure of Nero, as well as the opening just last week of an exhibition about Nero at the British Museum, Nero: The Man Behind the Myth, indicate increasing interest in the figure of Nero and could provide background and inspiration for prospective listeners of Neropolis: The Podcast, which is scheduled to be released shortly before the exhibition’s end. According to the museum’s website, this new exhibition “questions the traditional narrative of the ruthless tyrant and eccentric performer, revealing a different Nero, a populist leader at a time of great change in Roman society.”

Whether it is the desert sands around Ozymandias’ shattered visage, or the sunglasses perched on that of Nero, the study of Classics is always shaped by the contexts in which it is found and the uses to which it is put. These two podcasts bring new voices and shed new light on the study of the past, exploring how today’s communities engage with the ancient Mediterranean in constructive and critical ways.

The next round of applications for Ancient Worlds, Modern Communities grants is due October 15, 2021, and you can apply here.