Sinister adaptation: Sensationalism and violence against women in Roman drama and Anglo-American cinema (part 1: Fifty Shades of Grey, The Hunger Games, and Game of Thrones)

I have noticed a troubling pattern in some recent English-language cinematic and television productions that adapt written texts.  In these adaptations, the movie or TV show changes its source material in order to heighten the violence against women depicted in the original or to add in such violence not previously present.  In my view, each of the works that fit this pattern (including Fifty Shades of Grey, The Hunger Games, Game of Thrones, and 300: Rise of an Empire — spoiler alert!) do so not for the purposes of genuine social critique or commentary but for mere sensationalism and enhanced titillation for certain viewers.  And so I term it “sinister adaptation.”  These sinister adaptations stand in marked contrast to some ancient Roman adaptations of Greek drama, including Terence’s Hecyra and Eunuchus and Seneca’s Hercules Furens, whose heightened violence against women highlights the adaptors’ criticisms of their societies. 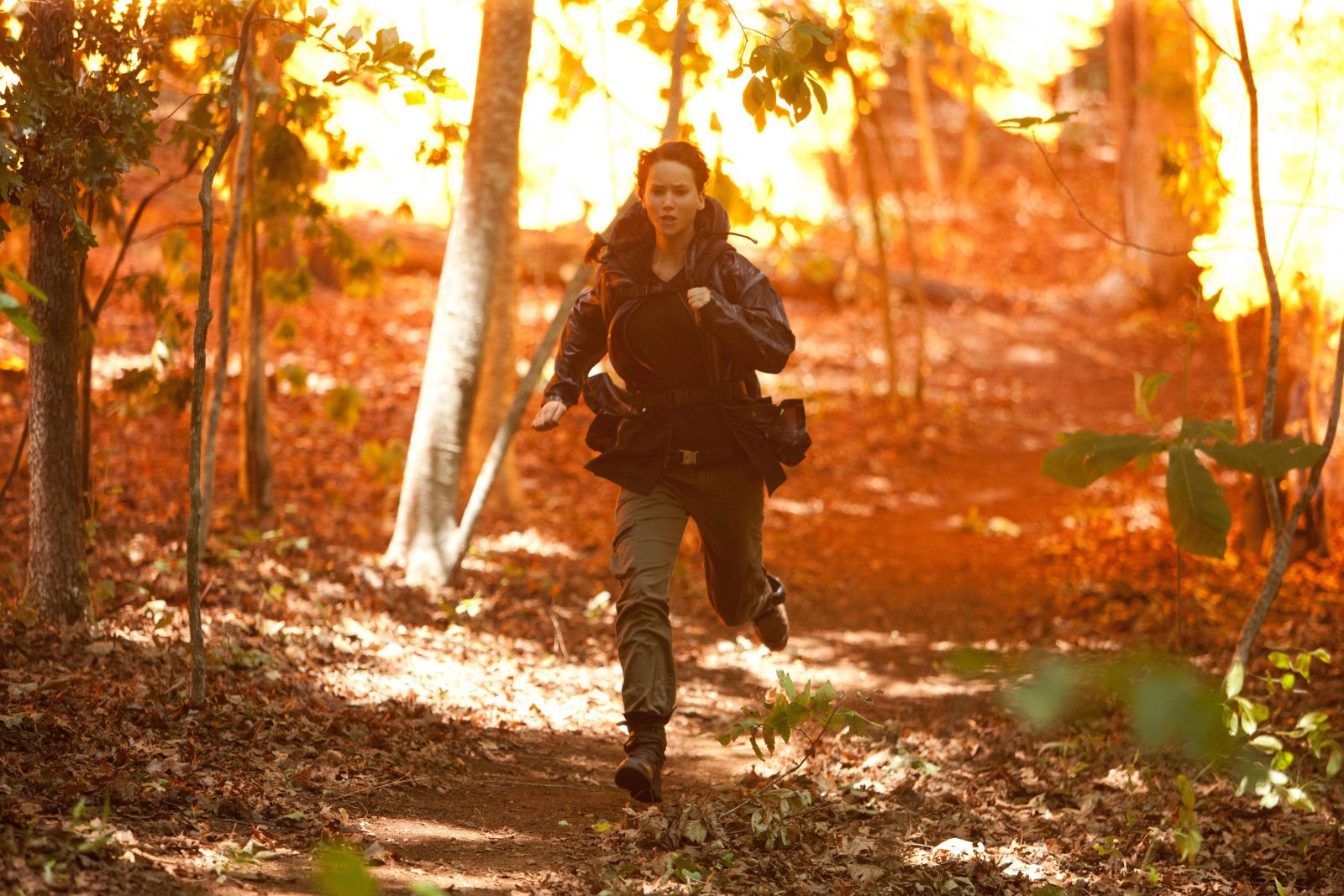 A memorable passage of Suzanne Collin’s book The Hunger Games (the first in a trilogy so titled) has the protagonist Katniss Everdeen running for her life in a deathmatch arena as she dodges fireballs lobbed at her by arena event staff.  In the book, narrated first-person by Katniss, the internal monologue tells us that the fireballs are being hurled simply for spectacle, to make the titular Hunger Games a better television experience.  The 2012 movie adaptation once again removes the woman protagonist’s internal monologue; moreover, it replaces a textual description of her flight with an intense, special effects-heavy action scene that shows both Katniss and the Hunger Games control room but omits Katniss’ account.  When I watched the movie for the first time, this sequence was surreal for me, because the adaptation enacts on screen the very problem the book was critiquing (violence as spectacle), coerces the viewer into participating in the spectacularization of a violent attack upon a teenage girl, and silences her expression of awareness and rejection of the spectacle in which she has been forced to participate.

The popular HBO television show Game of Thrones, based on the endless series by George Martin, saddles its viewers with an unrelenting parade of brutality of all kinds and especially of violence (including sexual violence) against women.  (Jeanne de Montbaston provides cogent comparative analysis of such violence in Game of Thrones and in the rapist Malory’s Morte d’Arthur; Alison Herman’s interpretation of Game of Thrones as realistically grappling with sexual violence in modern society doesn’t ring true to me, since the series and its adaptation don’t show the enduring trauma that sexual assault often causes, and the adaptation often uses coercive sex as a stage for plot exposition.)  Two scenes in Game of Thrones provide particularly egregious examples of sinister adaptation.

First, the notorious “Red Wedding,” where a small-time lord takes revenge on a mother-and-son protagonist pair for abrogating an agreement to marry his daughter in favor of another woman.  He lures them into his home under the pretense of reconciliation, guest-friendship, and an invitation to a different wedding, and then (in the book version, A Storm of Swords) murders both mother and son.  In the show (season 3, episode 9, “The Rains of Castamere”), the son’s fiancée, absent from this scene in the book, is present and pregnant, and the henchmen who murder her stab her several times in the belly first; meanwhile, the mother before her own death takes their host’s daughter as a hostage and gorily slits her throat.  The show’s sinister adaptation adds two additional, obscenely graphic killings of women, in a way particularly relevant to their being women: the throat is related to female genitalia and the wife’s belly is representative of her sexual function.

Second, in the third episode of the fourth season (“Breaker of Chains”), the queen is raped by her twin brother, with whom she had previously carried on a consensual incestuous relationship.  In an inversion of the sinister adaptation of Fifty Shades of Grey, the source-text for this episode of Game of Thrones (again A Storm of Swords) wrote this sexual encounter between the twins as explicitly consensual.  (Sonia Saraiya does a fuller, if unsettlingly apologetic, analysis of this change from book to screen.)  These two instances could be joined by numerous additional examples of the pattern, including another scene, in the show's pilot episode, where the book's consensual sex is again replaced by rape: the makers of HBO’s Game of Thrones appear to have a thematic interest in heightening violence against women for shock value.

In May’s column, I’ll discuss one more American movie and then contrast all of these with the use of violence in adaptations by the Roman playwrights Terence and Seneca.  I thank Serena Witzke for her comments on a draft of this column.

01/20/2021
Blog: Inauguration rites, in Ancient Rome and the modern U.S.A, are more than mere pageantry
Were Joe Biden ascending to the chief executive office in Ancient Rome — as one of the year’s two elected consuls...
01/15/2021
Blog: Classical Architecture and the Attack on the Capitol
On December 21, 2020, which now seems like eons ago, Donald Trump issued the “Executive Order on Promoting...
01/12/2021
Blog: A committee, a coup, a Cruz, and a Catiline
Against the backdrop of the United States’ first non-peaceful transition of power, there is a much smaller-scale...
12/21/2020
Blog: Stultitiis et rebus infestis: Petition for UVM to Surrender its Motto
In memoriam Stellae Q. Decimae Lucerna ardens extinguitur   In March 2019 the Classics Department of...
12/18/2020
Blog: Contingent Faculty Series: An Interview with Joshua Nudell
Our third interview in the Contingent Faculty Series is a digital sit-down between Salvador Bartera...
END_OF_DOCUMENT_TOKEN_TO_BE_REPLACED