One of my favorite pieces of Greek lyric poetry is the short “Pleiades poem,” fr. adesp. 976, consisting of four gorgeous lines attributed to Sappho by David Campbell and others (at least as far back as 1882, in Bergk’s edition, which numbers it Sappho fr. 52):

the moon’s disappeared above me
the Pleiades, too, have vanished
midnight, and the hours pass by
and still do I sleep alone
(my translation; compare Wharton’s 1887 translation)

I’d like to suggest that Elizabeth Bishop (1911–1979), United States Poet Laureate in 1949 and 1950 and recipient of the 1956 Pulitzer Prize for Poetry, reworks this Sapphic fragment in her poem “Insomnia,” published in her 1955 collection Cold Spring: 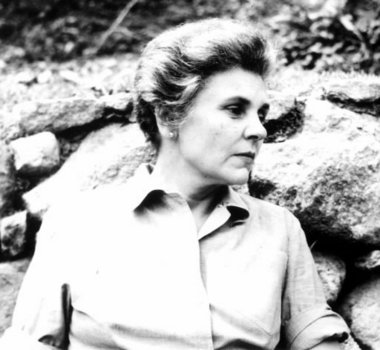 The moon in the bureau mirror
looks out a million miles
(and perhaps with pride, at herself,
but she never, never smiles)
far and away beyond sleep, or
perhaps she’s a daytime sleeper.

By the Universe deserted,
She’d tell it to go to hell,
and she’d find a body of water,
or a mirror, on which to dwell.
So wrap up care in a cobweb
and drop it down the well

into that world inverted
where left is always right,
where the shadows are really the body,
where we stay awake all night,
where the heavens are shallow as the sea
is now deep, and you love me.

Lisa Russ Spaar’s anthology Acquainted with the Night: Insomnia Poems includes, but does not collocate, the Sappho fragment and Bishop’s “Insomnia”; in that translation of Sappho, πάρα δ’ ἔρχετ’ ὤρα is nicely rendered as “youth goes” instead of my more literal “the hours pass by.”  An earlier poem of Bishop’s, “Love Lies Sleeping,” shares some imagery and tone with “Insomnia” and with fr. adesp. 976, and its stanza form may be intended to invoke Aeolic verse (such as the Alcaic stanzas that both Sappho and her fellow poet from Lesbos, Alcaeus, used).  Thematic linkages between the two Bishop poems are explored by Crystal Bacon, “‘That World Inverted’: Encoded Lesbian Identity in Elizabeth Bishop’s ‘Insomnia’ and ‘Love Lies Sleeping,’” in Jehn Menides & Dorenkamp. 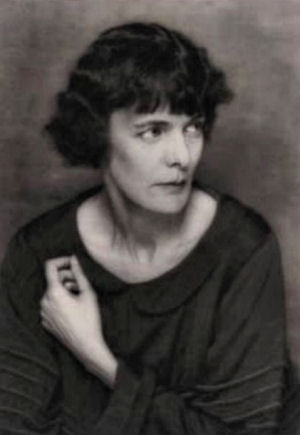 Bishop is not the first American poet to write her own version of Sappho’s Pleiades fragment.  The poem “Night” by H.D. (Hilda Doolittle, 1886–1961), published in Collected Poems 1912–1944, shares setting and thematic links with Sappho, as Eileen Gregory argues (at p. 155):

This sense [in “Night”] of an irrevocable sequence ending with isolation and vulnerability finds a gloss in Sappho….  The [Sappho] fragment links night and time within larger processions of moon and stars, leading to the fact of loneliness, which is at the same time a tacit recognition of the subject’s participation in those passages.  H.D.’s poem is likewise about natural processions, about time, or whatever other force of necessity leaves one alone and mortally exposed.

A contemporary of H.D., the poet Marianne Moore — of whom H.D. once said “I stand glowing from the reflected splendour of Marianne and Sappho” (see Celeste Goodridge) — was herself a lifelong friend of Elizabeth Bishop from the time they met at Vassar in 1934 (so Kalstone & Hemenway).

Song is the natural setting for Sappho’s lyrically lonely moonless night.  Bishop’s “Insomnia,” I was pleased to discover, was set for vocalist and chamber ensemble by the American composer Elliott Carter (listen on YouTube; also see analysis of both poem and composition by Johanna Devaney).  Bishop told Elizabeth Spires in a 1978 interview for The Paris Review, about the poem’s ending with the words and you love me: “I never liked that.  I almost left it out.  But last year it was put to music by Elliott Carter along with five other poems of mine and it sounded much better as a song.”