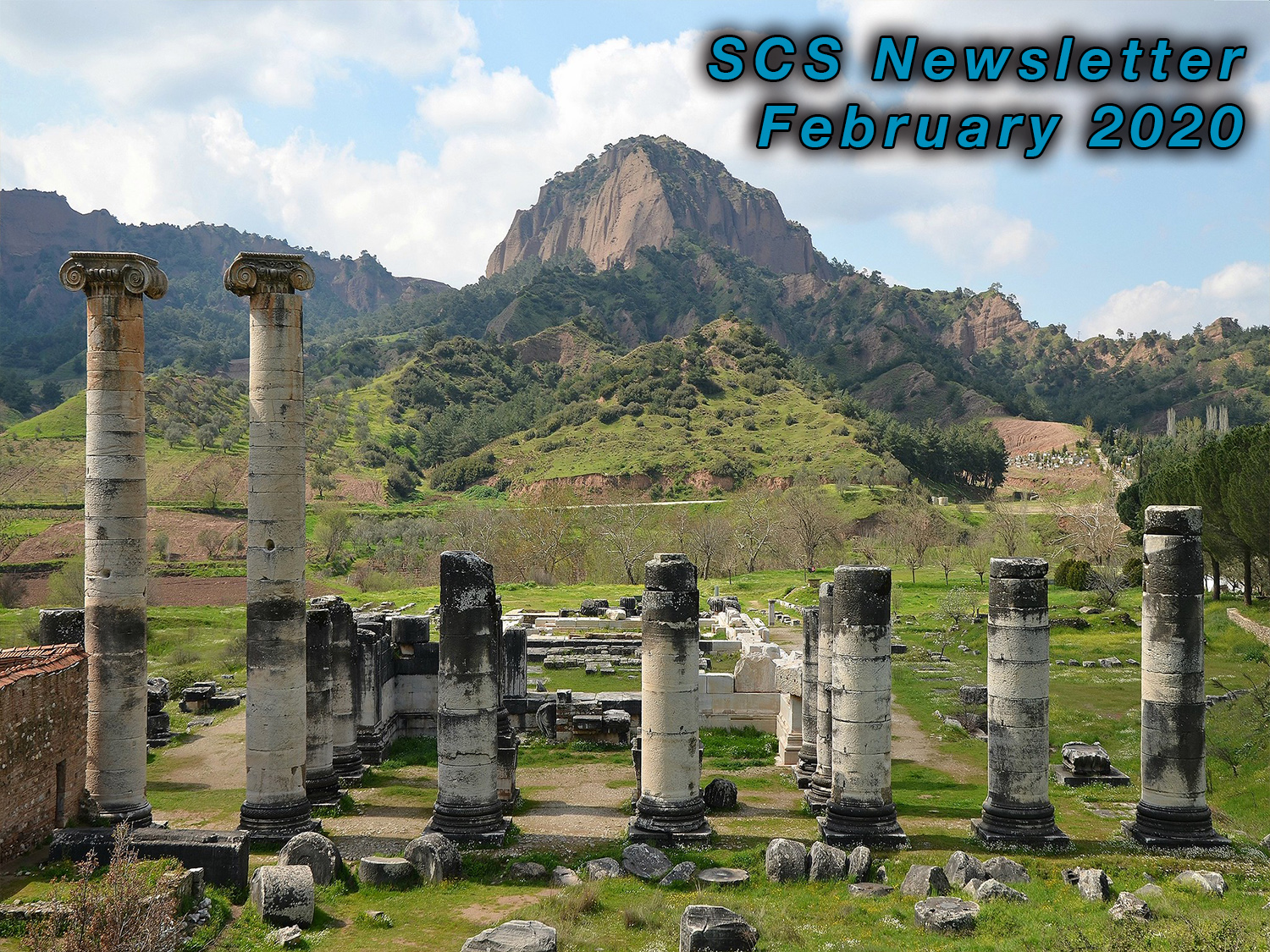 Strategic Priorities for the SCS Mission

In the January newsletter, we presented an elaboration of the SCS mission statement, approved by the board on January 2, 2020. This includes three strategic priorities of advocacy, growth, and inclusion, which will not function as replacements for our core areas of interest but rather as principles to follow in prioritizing initiatives and activities in our various programmatic divisions (communications and outreach, education, professional matters, annual meeting program, and publications and research).

This month, you can read a summary of the strategic priorities and learn how SCS is approaching them. We value feedback from our members on each of our priorities and how the society might work to advance them. Please write to the Executive Director (helen.cullyer@nyu.edu) with any feedback.

Summary of Strategic Priorities by the SCS Board of Directors

The Society for Classical Studies, as it passes the sesquicentennial of its foundation as the American Philological Association in 1869, faces a very different set of challenges and opportunities from those recognized by our founders. To help guide the Society as it begins its next hundred and fifty years, and in the hope of being able to transform its ideals into reality, the Directors have crafted a set of strategic priorities, keyed to an expanded Mission Statement.

Advocacy means, simply, the need for SCS to evolve into an Advocacy organization for Classics and the Humanities.

Advocacy in the fullest sense implies both advancing knowledge by virtue of teaching and research and making the case for the importance of Classical Studies in the public sphere. The need for SCS to evolve in this way was articulated at a major planning retreat in 2012 and has been informally cited many times since. Nonetheless, the Society has not yet made this evolution a guiding Strategic Principle until now.

Advocacy can take many forms: it can be as formal as a Board resolution, or as personal as a Letter to the Editor or a presentation at a public library or school by an individual member. It means working at an institutional level with organizations such as the National Humanities Alliance and the ACLS, empowering individual SCS members to become advocates nationally as well as locally, and Advocating both for the Humanities in general and for Classics specifically as a broad interdisciplinary field that is worthy of study and that speaks to a multitude of pressing contemporary concerns. These Advocacy efforts should focus on the value of studying the ancient Mediterranean world and the importance of understanding the roles played by Greece and Rome in human history, but they should avoid stating or insinuating that the Greek and Roman cultures are superior to other cultures and should firmly oppose those who would exploit the field for politically or socially oppressive purposes.

For many reasons it is crucial that SCS counter the ubiquitous and pernicious narrative of inevitable contraction and decline. Too many have internalized this narrative and can imagine no future for Classics other than one of shrinkage and eventual disappearance. SCS has to change minds about the future of Classics, and the most straightforward way of doing that is by rejecting a narrative of contraction and developing a strategy of Growth.

A strategy of Growth concerns the universe of Classics as a whole, not SCS in particular. That is the simple part. What is complex is strategizing the many ways in which Classics can develop and grow. Growth does not involve a future in which compulsory Latin is restored to all public schools in the US and Canada. It is not dedicated to the “restoration” of anything. It is, instead, about more people of all kinds — students (at all levels), teachers (at all levels), former students and teachers, independent researchers, enthusiasts, public intellectuals and policy makers, people of different ethnic, cultural, and socio-economic backgrounds — all of them taking a positive interest in Classics. They might be language learners, avid readers, theater goers, history buffs, connoisseurs of the visual arts, travelers and tourists, or gamers. SCS does not insist that there is just one way of doing Classics; its purpose is to help people find and explore what it is about Classics that interests them. Growth in these terms means increasing the number of people who participate in Classics and the number of ways in which they can do so.

Growth in these terms also means attracting participants who will bring their new ideas into the field to expand what it means to “do Classics.” This will involve greater and more active involvement with diverse communities both in North America and anywhere there is someone interested in Classics, whether in itself or as part of a comparative project involving other traditions. The point here is both to enlarge the world of Classics and to expand understanding of the scope of a project shared by many in all parts of the world.

The third priority, Inclusion, is inseparable from the first two. One way to increase awareness of Classics and extend its reach is to engage with people who have not previously been much involved with Classics. Taking Inclusion seriously means addressing historical and contemporary inequalities based on race, ethnicity, gender, sexuality, and class as a way of recognizing that Classics is enriched by new perspectives. The Society must aim to be maximally inclusive and to embrace those of all races, ethnicities, national origins, genders, sexualities, religions, physical abilities, and institutional affiliations from K-12 to higher education, as well as unaffiliated scholars.

To address Inclusion effectively, SCS must not only support initiatives that increase the number of underrepresented groups within the field but also recognize and address the ways in which members of underrepresented groups may feel unwelcome or tokenized, and, if they do pursue careers in the field of Classics, find themselves excessively burdened with service and mentoring responsibilities. We must grapple with the historical legacies of racism. The Society must also recognize that, as the field becomes more diverse and Inclusive, new voices will challenge established notions: of pedagogy, of what counts as legitimate research and publication, of institutional and organizational hierarchies, and even of the boundaries that define the field of Classical Studies itself. These challenges, while they may be uncomfortable, provide an opportunity to reinvigorate the field and to create more equitable conditions for students, faculty, and scholars, including those who are unaffiliated, at every level.

The Society also recognizes that Classics is being studied throughout the world within a variety of scholarly traditions and cultural perspectives on ancient Greece and Rome and on other ancient societies. This global interest provides opportunities for even greater Inclusion than would be possible by engaging only with those cultures that have traditionally been interested in ancient Greece and Rome.

These strategic priorities of Advocacy, Growth, and Inclusion are conceptually distinct, but they overlap and intersect. Their synergy will contribute to the dynamism of Classics going forward. They will serve as touchstones for the SCS Board of Directors in making decisions about how to respond to the challenges and opportunities of the immediate future. They will also provide our members with a yardstick against which to measure decisions made by their elected representatives. In this way, they will promote sound policy and transparency, and will better enable us all to meet the challenges and opportunities that we face.

How is SCS Addressing These Priorities?

These are some of ways in which SCS is addressing its strategic directions. There is a lot more work to be done, including improvements in data collection, particularly demographic data about our members and the field at large, and fundraising for long-term fellowships for under-represented students. Thank you to all who have contributed to our efforts thus far.