Report of the Placement Committee - Winter 2014

This was a busy year for the Committee in its new instantiation.  The committee’s principal accomplishments were the posting and publication of the panel on alternative careers that the committee sponsored last year.  The panel was largely organized by Betsey Robinson and Mike Lippman, and they helped a great deal in getting the final material pulled together.  Response to the panel was extremely positive and it might be a good idea to see if it is something that can be repeated, though cost is plainly an issue (the University of Michigan contributed $7000.00 to the enterprise).

The committee as a whole remained concerned about the impact of the new AIA service on placement.  We are pleased to note that the overwhelming majority of institutions advertising positions did so through the APA Placement service, and that the overall number of positions advertised was higher this year than in recent years.  One operational issue that arose concerned the appropriate response to an institution that advertised a position, then re-advertised the position seeking a completely different set of credentials (the position in question was first posted for a scholar working in Late Antiquity, then for a Classical Philosopher).  The matter was discussed at the Placement Committee’s meeting.  At that time the committee considered three options:

In this case the institution, which had not recently used the placement service indicated that it was simply concerned by a small applicant pool and had contacted the original applicants to indicate that they were simply trying to expand the pool.  The Committee recommends that such issues, in the future, be referred to the Placement Committee as a whole to determine if the institution should be required to pay for a second ad.  There was also an issue with a History Department that used the Placement Service to post a position then refused to register with the Placement Service to conduct the interviews.   This is a recurring problem with History Departments.  The committee did not discuss the issue, and it may be that the situation is intractable.

The Placement Committee initiated a web survey of institutional satisfaction with the service, which was carried out by Professor Brady West and Ms. Dan Li at the Institute of Social Research at the University of Michigan.  The survey asked institution that had used the service in the last five years to rate their experience and then to answer a series of further questions about placement issues.  I strongly recommend that this survey be repeated on an annual basis.

The responses to the survey were generally encouraging, showing increasing satisfaction with the operation of the Placement Service, especially after the introduction of the new on-line system.  We also note that there has been a general move on the part of interviewing institutions towards the use of rented suites and away from “alternative methods.”  The decline in the latter is particularly gratifying.  The issue raised in Question 5 does require some attention as institutions do not feel that the new system has made it easier to schedule interviews.  While there is a better than 70% satisfaction rate for 2012 and 2013, the satisfaction rate under the old system was better than 80% in 2009 and 2011.

The written comments included the following observations in response to the question about whether the new system was easy to use indicated some discomfort with what as felt to be the inflexibility of the system:

The majority of responses were more positive, with the following examples being typical:

The overall impression from the survey is that institutions are generally pleased with the way that the system has worked for them.

There were extensive written comments in response to the question of whether departments would prefer to schedule their own interviews.  The overwhelming impression from these responses is that institutions prefer to have the Placement service schedule interviews.  Typical responses are as follows (for the full tabulation see appendix 2):

The question regarding the use of Skype as opposed to in-person interviews one garnered a great deal of attention.  In general terms the following responses sum up the general tenor of the responses, which are tabulated in Appendix 3:

The Committee recognizes that Institutions face significant cost constraints and are under pressure to look to Skype interviews in place of in-person interviews, but the general feeling of the committee was that in-person interviews are an extremely important feature of the hiring process.  The Committee recommends that the APA develop guidelines or a list of best practices for the use of Skype interviews that members can use as a resource in discussions with their home-institutions in setting up their search processes.  It was noted that Classics Programs housed within other units (e.g. Romance Language Departments) can face especial challenges in getting the resources they need.

In closing I should say that the APA staff has been consistently supportive of the activities of the Placement Committee and that I am grateful for Adam’s careful attention to issues that have arisen in the past year.

1. 1a. Did you purchase Comprehensive Service for Institutions from the APA/AIA Placement Service at the XXXX annual meetings in XX? /Percentage of Yes 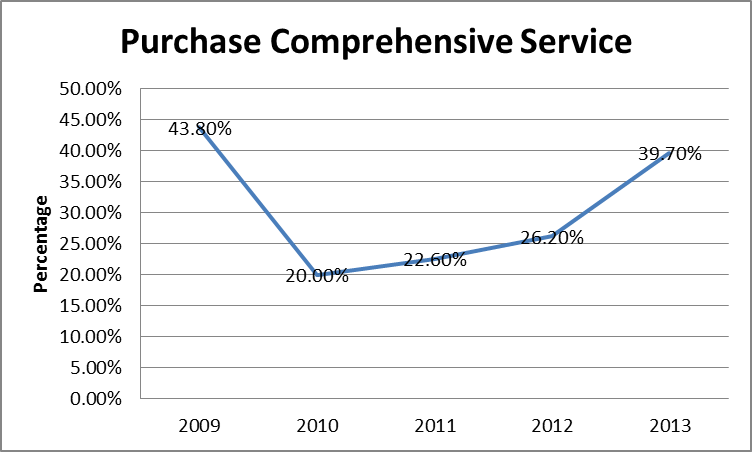 2. If you conducted interviews in XXXX, did you do so… 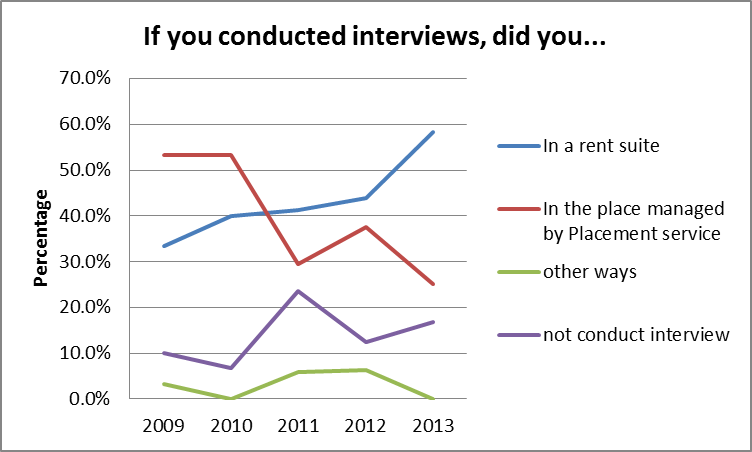 3. Please indicate below your agreement or disagreement with the following statement:  It was easy to place an advertisement with the Placement Service in XXXX. 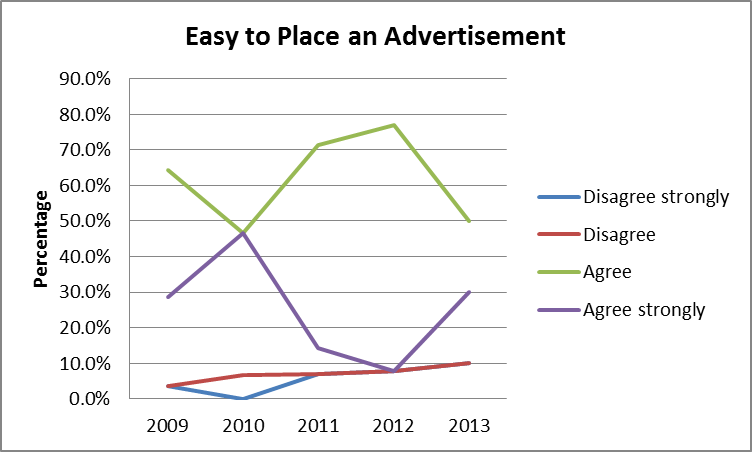 5. Please indicate below your agreement or disagreement with the following statement:  It was easy to submit the names of candidates we wanted to interview and the times when our search committee was available in XXXX. 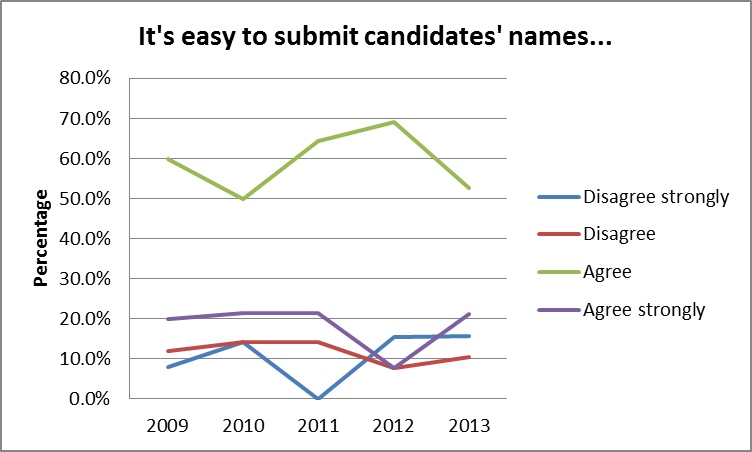 7. Did you encounter any logistical difficulties in conducting your interviews at the annual meeting in XXXX? /Percentage of yes 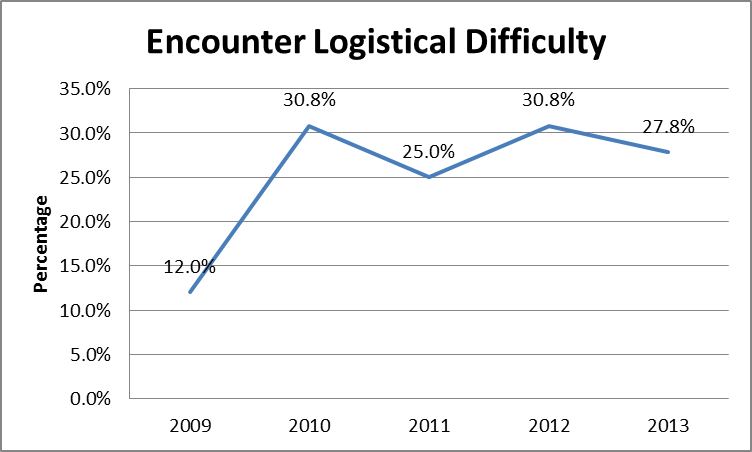 8. Were the issues resolved to your satisfaction? /Percentage of Yes 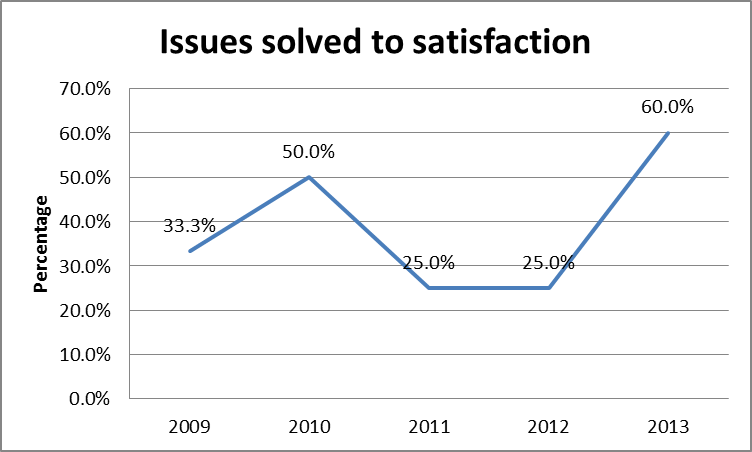 Appendix 2: Reponses to question 13: Please give reasons for your preference. (would you prefer to schedule your own interviews at the annual meeting directly with candidates?)

Appendix 3: Responses to Question 14: Under what circumstances would you substitute a Skype interview for an interview in person? What advantages and disadvantages do you see in using Skype?