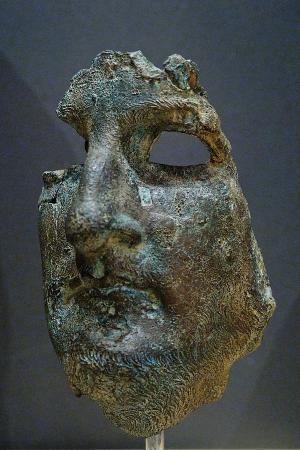 Years of restoration work on the Palatine Hill and in the Roman Forum which—together with the Colosseum—now make up the Parco Archeologico del Colosseo has been coming to fruition over the last few years. After decades of sporadic work, rusting scaffolding, and locked gates, a fabulous flurry of activity has yielded an ever greater number of visitable sites.

Many of these are accessible as part of the SUPER ticket, which provides access to the Palatine Hill and the Roman Forum (but not the Colosseum), and includes access to eight excellent “bonus” sites: Santa Maria Antiqua, Temple of Romulus, Palatine Museum, the Neronian Cryptoporticus, the Aula Isiaca and Loggia Mattei, the Houses of Augustus and Livia, and—most recently—the Domus Transitoria.

Just a stone’s throw from the chaos of crowds, tour buses, and interminable queues at the Colosseum, the relentlessly evocative and bucolic greenery of the Palatine Hill is a perennially calm and glorious place to explore. It was here that Romulus is said to have founded Rome, and this sacred connection led it to become the site of the houses of the patrician families of the early Republic. These subsequently became the foundations of the residences of the movers and shakers of the late Republic, which were, in turn, incorporated first in part into the underpinning of the House of Augustus, and then gradually in their entirety into the sub-structures of ever more audacious imperial residences until the whole hill—all twenty acres of it—was part of a complex known by a word synonymous with the hill: the Palace. Thus it was that the elusive and hazy legend of Romulus would underpin a very tangible palimpsest of over a millennium of Rome’s history, a reminder of the Romans’ perpetual obsession with their own origins, and of the genius loci—the spirit of the place.

Figure 1: Exterior shot is Domus Flavia, where the entrance to Domus Transitoria is located. (All photos taken by Agnes Crawford and used by expressed permission of the author.)

The most recent of the locations to be added to the circuit of bonus sites included in the excellent value SUPER ticket, and one that is undoubtedly worth the ticket cost all by itself, is the Domus Transitoria: a section of the first palace of the fifth Roman emperor, Nero.

In his biography of Nero, Suetonius describes the Domus Transitoria thus:

There was nothing however in which [Nero] was more ruinously prodigal than in building. He made a palace extending all the way from the Palatine to the Esquiline, which at first he called the House of Passage [Domus Transitoria], but when it was burned shortly after its completion and rebuilt, the Golden House [Domus Aurea].

The fire to which he refers was the great fire of 64 CE (during which the emperor is often said to have “fiddled while Rome burned”). It broke out in the stands of the Circus Maximus and raged for nine days, and would ultimately be blamed by the emperor upon Christianity, a troublesome and mysterious monotheistic religious cult which had emerged in the east of the Empire and which posed a threat to the aristocratic emperor’s divine right to rule.

Land cleared by fire would in part be appropriated for the wildly ambitious expansion of the palace complex, and the Domus Transitoria would be supplanted by the new Golden House.

Four years after the fire, Nero was murdered (or perhaps forced to take his own life) and the year of civil war that followed would end with the creation of a very different sort of emperor: Nero had been an aristocrat, claiming descent from the very gods who had ordained the foundation of the city, Vespasian was a salt of the earth man of the people: a jowly general. In his enthusiasm to demonstrate the change of regime, those sections of Nero’s palace which had strayed beyond the Palatine Hill were reclaimed for public use: most notably the great private lake in the valley between the Palatine, Caelian, and Esquiline Hills was drained and the Colosseum was built in its place.

It is a small section on the summit of the hill, immediately below the “Domus Flavia” built by Domitian, Vespasian’s younger son, which was opened to the public in April of this year, and is visitable as part of a c.30 minute tour which includes evocative and skillfully realized narrated projections and a fantastic virtual reality experience which add to the experience enormously.

At the entrance to the site, to the right of the entrance to the Palatine Museum, one descends the stairs, and a narrated projection in part of a former nymphaeum (monumental fountain) gives an introduction to the site then we are ushered into an adjacent space, once also part of the nymphaeum but today cut into by walls which support the palace of Domitian above.

Here we are invited to sit on a stool and put on the VR headset. The later structures above and around us are removed, and the original sunlit illumination is restored. The elaborate and colourful wall and floor cladding is recreated, as are the abundant fountains gushing over the exotic imported marbles of Greece, Turkey, and North Africa: we are presented with palace bling as a geological map of the Roman Empire. If we lift our heads we see stuccoed vaults embedded with coloured glass and precious stones (sections of which are visible in situ during the visit and also in the small but exquisite Palatine Museum next door, also only accessible with the SUPER ticket). The whole experience is extremely well done, and quite exhilarating (not to mention a little dizzying, I can see why they have us sit down!). When we remove the VR headsets the fragmentary surviving sections of the palace decorations take on a new significance, glimpses of all that remains after centuries of pillaging.

The second part of the visit includes projections which gradually recreate a painted garden (of the sort seen at Livia’s Villa at Prima Porta, and highlight traces of graffiti, probably made by palace workmen as they hung around outside the massive fifty seater communal lavatory for palace employees.

This is a very successfully realized and rich vignette, which offers a glimpse into the opulence (and practicalities) of a corner of Nero’s first, short-lived, royal residence.

(The Domus Transitoria is open Fri, Sat, Sun, Mon only, timed visits available in Italian and English, pre-booking advised. To book a tour with Agnes, go to her website, Understanding Rome, and contact her directly.) 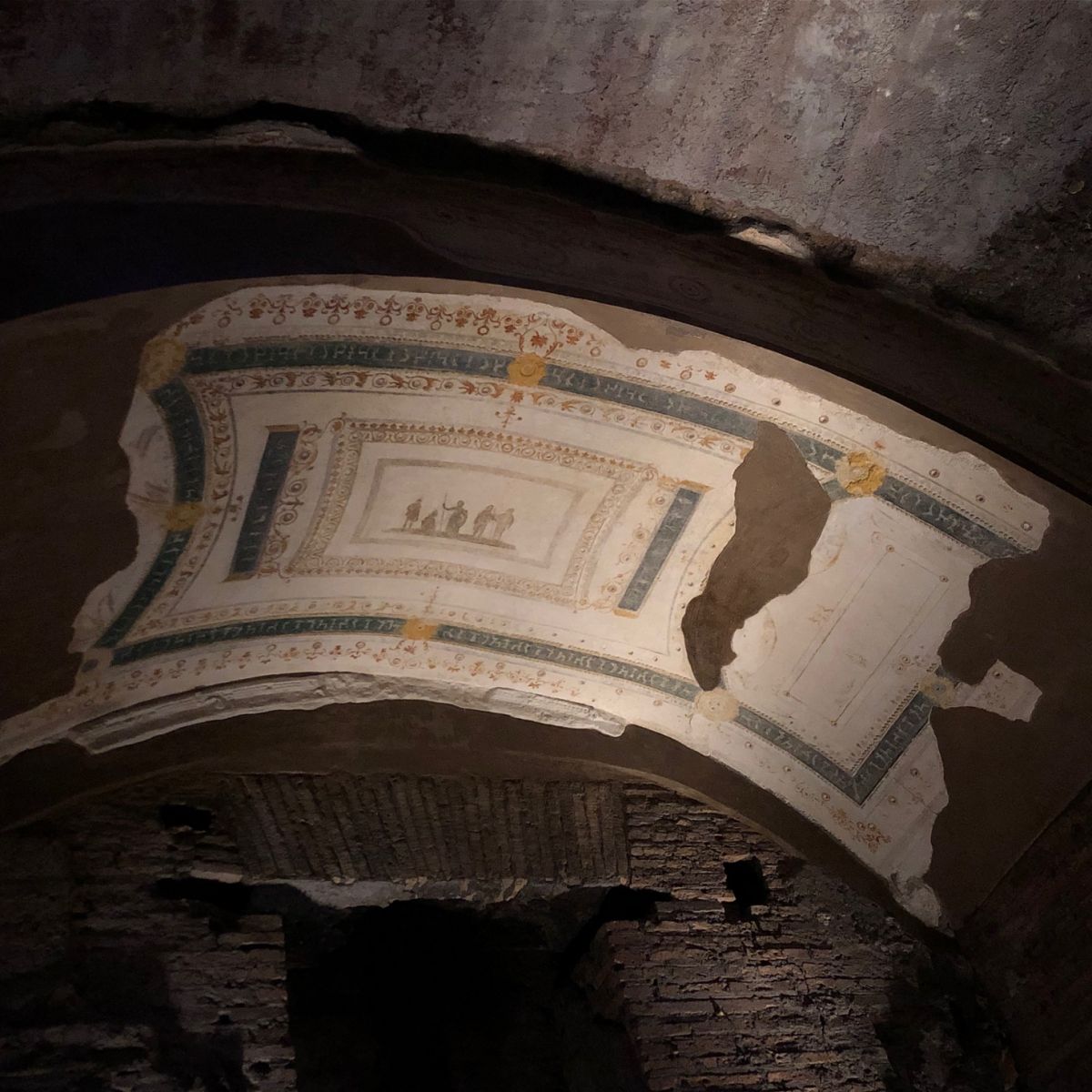 Header image: Fragmentary portrait of Nero. Bronze, first years of Nero's reign. The hair and the bust connected to this work are now in Baltimore. (Photo by Marie-Lan Nguyen. image via Wikimedia, CC BY 2.5.)

Agnes Crawford is a licensed guide to the City of Rome and has 17 years experience. She runs private and tailor-made itineraries through UnderstandingRome.com. Originally from London, she graduated with an MA (Hons) in Architectural History from the University of Edinburgh in 1999 and has lived in Rome since 2000.