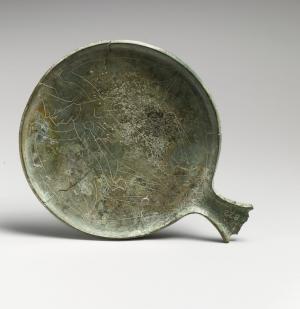 The colloquium that I organized for the AIA annual meeting this past January, “Nudity, Costume, and Gender in Etruscan Art,” was intended to be a venue for current research on gender, dress, and the body in Etruscan art. It soon became clear, however, that the presenters’ work owed a tremendous debt to the scholarship of one of the premiere Etruscan scholars, Larissa Bonfante. Consequently, the session became a memorial to her and her contributions to the field.

Bonfante passed away in August of 2019, much to the shock of her family, friends, and colleagues. Though in her late 80s, Bonfante kept a busy research schedule as if she were a newly hired assistant professor working towards tenure. She was a versatile scholar who wrote on a diversity of topics, including the Etruscan language (usually with her father Giuliano, a well-known and respected linguist); representations of clothing in Etruscan and Roman art; influence of the Etruscans beyond Etruria; Etruscan identity; depictions of marriage, couples, and motherhood in Etruria; as well as the lack of dress in some Etruscan art.

It is the latter subjects that were the focus of the AIA colloquium. In particular, Bonfante’s seminal article “Nudity as a Costume,” which examines the function of nudity and the denuded body in ancient Mediterranean cultures, became the unifying thread between all the papers. There were six presenters and one discussant, another impressive Etruscan scholar and friend of Larissa Bonfante’s: Nancy de Grummond (Florida State University). 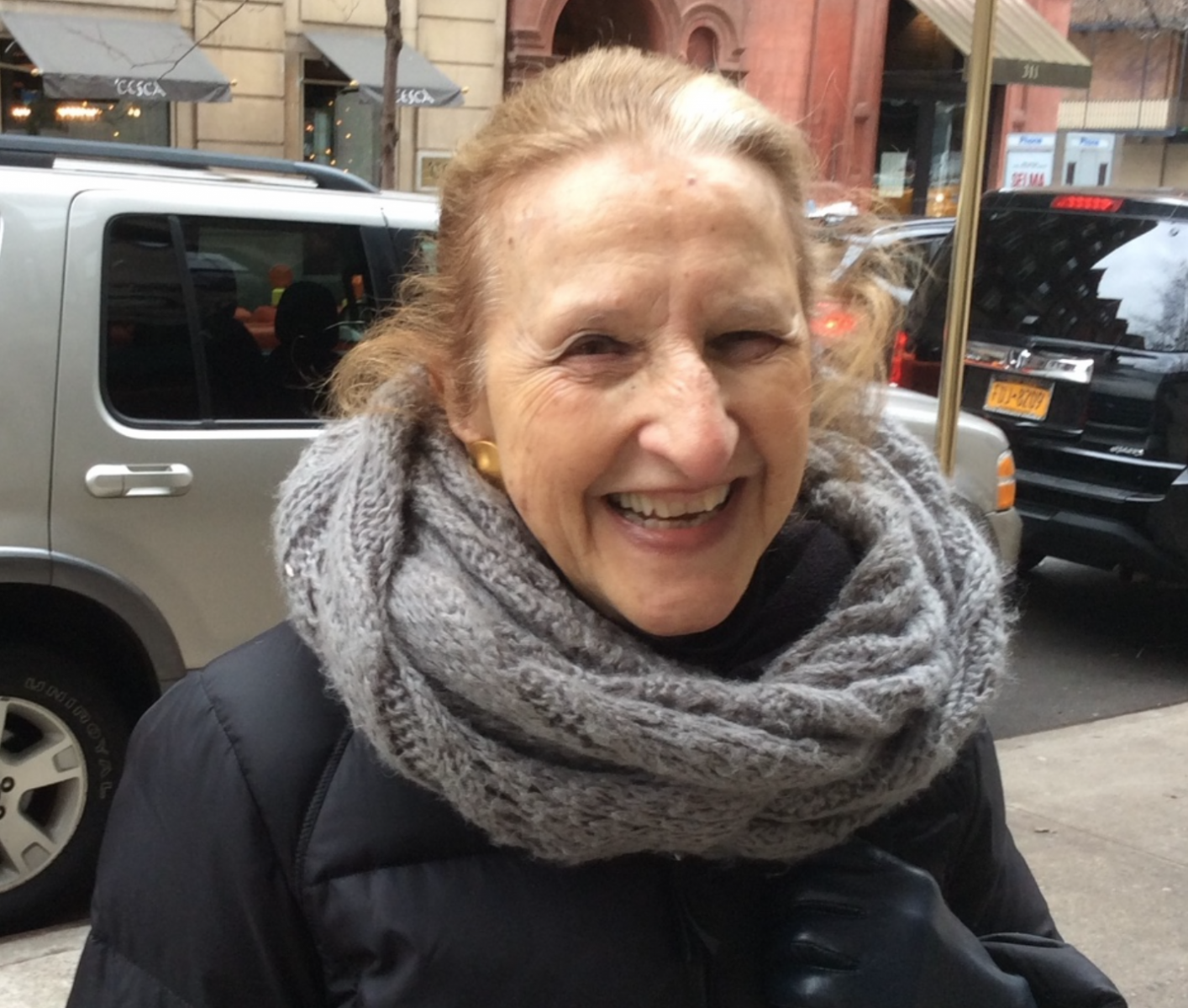 Alexis Q. Castor (Franklin and Marshall College), an expert on ancient jewelry, explored how the bejeweled body in artistic representations can be transformed like a costume through the use of jewelry. Alexandra Carpino (Northern Arizona University) discussed the role of maternal nudity — nude or semi-nude mythical mothers in the presence of their adult children, typically male — in Etruscan society as expressed on engraved bronze mirrors. Both topics, motherhood and mirrors, are ones that Bonfante wrote about extensively. Audrey Gouy (University of Copenhagen/University of Oxford), using images of dancers from Etruscan tomb paintings, discussed the interaction and intersection between the clothing of the dancers, their bodies, and their performances. Gretchen Meyers (Franklin and Marshall College) also dealt with clothing, but specifically focused on the representations of textiles (on the body or displayed) in Etruscan art, advocating for a specific visual language for textiles in Etruscan culture. Jacqueline Ortoleva (University of Birmingham, UK) discussed the results of her four-year study on Etruscan demons decorating a variety of objects. She primarily analyzed sexed and gendered features of the demons to clarify their role in the funerary realm.

My contribution dealt with Lasas, semi-divine creatures similar to Greek nymphs who frequently decorate beauty items—engraved bronze mirrors and Praenestine cistae—used by women. My first introduction to these angel-like characters was nearly twenty years ago, when I took Etruscan Art as a graduate student with Richard De Puma, another stellar Etruscan scholar and friend of Larissa Bonfante. I chose to write my research paper for that course on depictions of Lasas in Etruscan art, and it was through this investigation that I began to take note of their regular nudity and sexually ambiguous portrayal. From this short paper and my master’s thesis, my dissertation topic took shape: Androgyny in Etruscan Art and Culture. Much of my work involved looking for art decorated with androgynous figures, but once I had a body of images collected, the major work began: how to interpret such imagery. It was at this point that Larissa Bonfante’s scholarship on nudity became crucial. Generally, since most androgynous figures lack clothing, her research was pivotal in my understanding of denuded bodies and how they functioned in Etruscan culture. It laid the groundwork for my investigation not only of androgynous images of Lasas, but also of other sexually ambivalent imagery in Etruscan art.

To summarize my paper briefly, the very nature of a Lasa embodies ambivalence because of the variability in all aspects of its being: Lasas can be named or anonymous, winged or wingless, female or male, nude/semi-nude or clothed, holding an object or nothing. However, Lasas are normally depicted as young, nude/semi-nude, winged females and traditionally act as beauty attendants. While orthodox feminine Lasas are present in the artistic record, sexually ambivalent ones are also frequently found. I believe androgynous Lasas signaled both transformation and defense. Since engraved bronze mirrors and Praenestine cistae were given to women during key life moments (i.e., marriage, childbirth, death), the Lasas on the artifact, who also “change” body types like a costume, symbolically signaled the women’s physical and metaphorical transformations, further underscored by their nudity. Indeed, sexually ambivalent figures in ancient Mediterranean art, such as the Greek deity Hermaphroditus, typically served as physical protectors. This divine character could protect the vulnerable, deflecting evil forces from the weak onto itself. Similarly, Lasas are often portrayed as defenders of lovers. This type of defense mechanism assisted Etruscan women as they moved safely from one life phase to the next, especially in death. To be sure, the large number of late Hellenistic mirrors decorated with androgynous Lasas were probably made specifically with this idea in mind: to protect the deceased as they make their final transition, but also to keep them eternally beautiful.

Lasas reiterated the merit of female beauty, as well as the idea that one’s appearance—especially a woman’s—should not be considered vain or irrelevant. Beauty aids enhanced one’s mien and acted as vehicles of communication, reinforcing the value of personal grooming. A beautiful appearance likely signified health and vitality that was equated with reproductive well-being. The goal for any Etruscan woman and man was to marry and have children. The ability to bear children and raise them successfully to adulthood drove all Etruscans, especially the elite. Family, after all, was the cornerstone of Etruscan society, which Larissa Bonfante stated regularly in her work on motherhood and families. Since the emergence of Etruscan culture, the family cemented the continuity of life and family legacies.

Much of the preoccupation with family probably stemmed from the desire to continue the family line. Husbands and wives worked together to ensure the next generation would live on. Their coupling encouraged concordia and safeguarded the family name. In the greater scheme, it also guaranteed the existence of Etruria. It is no coincidence that the greatest frequency of Lasa depictions coincides with a period when Roman colonization posed a major threat to Etruria, starting in the fourth century BCE. Survival and remembrance of elite families took priority. The individual efforts Etruscan women took to beautify and maintain their bodies was one part of the equation. Likewise, the  decoration of beauty objects with Lasas, with their sexually ambivalent bodies, signaled that a change had happened and safeguarded women at this vulnerable time. Thus, this androgynous costume symbolically protected women and their families—and, ultimately, Etruria—from demise.

Just like Bonfante, my fellow presenters and I mined visual and material culture, archaeological spaces, and ancient literature to develop our essays, as well as applying new archaeological data, analytical approaches, and methodologies to further our research. Each paper addressed how images of the nude, semi-nude, or dressed body and clothing/textiles in Etruscan art reinforced cultural practices and identities in ancient Etruria, a key research question that Bonfante addressed regularly in her scholarship. More importantly, this group of scholars is contributing innovative research and perspectives to the work on gender, dress, and the body in Etruscan art — for which Larissa Bonfante’s scholarship helped paved the way.

Bridget Sandhoff is an associate professor of art history at the University of Nebraska Omaha, where she teaches a wide range of ancient and medieval art classes. Her research focuses on issues of gender and the body in the ancient Mediterranean, especially in Etruscan art. She has published on topics such as androgyny, engraved bronze mirrors, love, nudity, and feminine beauty in ancient Etruria.

04/13/2022
Blog: Two Years Later: “Classics” after Coronavirus?
In an April 2020 post for Eidolon, I gathered predictions on “classics after coronavirus.” Two years later, it’s...
04/08/2022
Blog: Ancient Worlds, Modern Communities: Increasing Accessibility for the Study of the Ancient World
The Ancient Worlds, Modern Communities initiative (AnWoMoCo), launched by the SCS in 2019 as the Classics...
03/21/2022
Blog: I Love You, I Hate You: A Student’s Perspective on Learning Latin
I have always enjoyed Latin class because it felt like a puzzle, much like math. Find the verb, find the noun that...
03/18/2022
Blog: Power to Punish and Authority to Forgive: Imperial State and Imprisonment in 4th-Century Antioch
Research ideas often develop out of chance encounters or unplanned circumstances. My dissertation project was born...
03/14/2022
Blog: Sampling Epic in Kendrick Lamar’s “Mortal Man”
Because it’s spirits, we ain’t even really rappin’ We just letting our dead homies tell stories for us....
END_OF_DOCUMENT_TOKEN_TO_BE_REPLACED