Blog: Call It What It Is: Racism and Ancient Enslavement 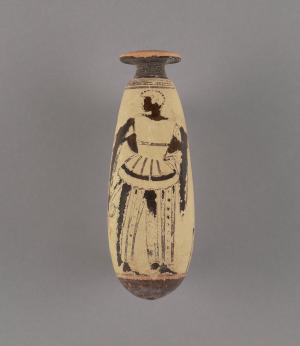 To say that there was such a thing as racism in classical antiquity would strike most modern readers as odd. However, if we examine what racism means, it is not as striking. The modern connotations of “racism” often instantly call up differences in biological features such as skin color. Historians of antiquity, such as Frank Snowden, have examined ancient evidence in search of racial hatred, working from these modern assumptions about what “race” is. Given those assumptions, Snowden concluded that the ancients did not have an idea of racism or hatred of black people more specifically.

More recently, in The Invention of Racism in Classical Antiquity, Benjamin Isaac has rightly criticized scholars such as Snowden for searching for the roots of modern racism based on biological differences such as skin color — or for searching for ancient examples of hatred towards black people. Isaac himself falls short in trying to step away from these ideas in that he writes off examples of oppression, hierarchy, and othering as “protoracism.” That is, Isaac shies away from calling examples of Greek and Roman racism what they are: racist.

In a forthcoming article, Jackie Murray examines the idea of racemaking and racecrafting in the Odyssey of Homer and Euripides’ Cyclops. She demonstrates clearly how the storytelling of “others” in Greek literature played a large part in how they were represented in ancient discourse. Murray utilizes “the distancing of sameness and otherness to describe race as a socially constructed category determined by an ideology of oppression.” This definition of racism can be applied to much ancient Greek and Roman literature, and it is a useful tool in the realm of ancient enslavement. Likewise, Geraldine Heng, in her recent book The Invention of Race in the European Middle Ages, defines racism as “a structural relationship for the articulation and management of human differences.” Rebecca Futo Kennedy uses a similar framework in her analysis of the Athenian metic. In a forthcoming article, she concludes that the creation of the metic “functions as a type of ‘race’ in antiquity and that the idea of a biologically coherent and ‘natural’ Athenian citizen emerges as a result of the creation of metoikia.”

Some scholars of ancient enslavement seem to pride themselves on one of the key differences between Greco-Roman enslavement and enslavement in the American South: that the former is not based on race. However, this is a significant example of scholars taking a modern concept and applying it to antiquity to prove its inadequacy as an analytical tool. And while it is important to remember that it would be difficult in most cases to identify an enslaved person in ancient Greece or Rome by physical characteristics, the ideology of oppression that reinforced their subjugation was useful in the crafting of otherness.

While racism is not a concept that can be applied uniformly across the ancient world, it does appear throughout Greek and Roman culture. For example, when Aristotle states that non-Greeks are made for servitude (even though Greeks often enslaved one another), he is attempting to reinforce an ideological view via the othering of non-Greeks. On the other hand, Aristotle considers Greeks who fell into enslavement as “non-natural” enslaved people but understands that, in his world, fellow Greeks often became subjugated.

This kind of ideological view is also present in Attic law speeches, such as Demosthenes’ speech For Phormion, where the speaker makes it clear that Apollodorus’ treatment of Phormion based on his former enslavement is inadequate because Apollodorus himself is the son of a former enslaved individual, Pasion. What becomes evident from a close reading of the speech is that the stigma of enslavement was significant in the lives of formerly enslaved individuals.

Apollodorus attempted to use Phormion’s former enslavement as a rhetorical device to deflate his argument. But he also attempted to use it to other Phormion. Apollodorus attempted to appeal to a larger discourse in which the ideological oppression of others, which in Athens was largely non-citizens, was fundamental to identifying as a proper Athenian male citizen. However, here the attempt fails, because the speaker argues that, if Apollodorus wants to base his argument on Phormion’s former enslaved status, Apollodorus would also belong to the same otherness as Phormion. In other words, Apollodorus’ attempt at othering Phormion was unconvincing and hypocritical, because he was also connected to enslavement through his father. Read in this way, this speech not only demonstrates the ideology of oppression at work in Demosthenes 36, but it also shows how racecrafting was a phenomenon that could be used against one another by people of the same status.

As these brief examples show, the ideas of racism are much more complex than much modern scholarship, and many modern people in general, wish to admit. It’s time to complicate the picture. Instead of using vocabulary such as “proto-racism,” or trying to import modern discourses on biological features such as skin color, we should acknowledge that, in antiquity, ideas of racism did in fact exist. Scholars and historians of ancient enslavement and of the ancient world in general should not shy away from “calling it what it is.”

This post is dedicated to the author’s wife on her birthday.

I was born and grew up in Fort Worth Texas. I stayed there until I went off to the University of North Texas for my Bachelors. It was there that I met my wife and, after we got married, we moved to UT so that I could pursue my Ph.D. in Classics. When I am not translating Greek and Latin texts or reading scholarship, I enjoy spending time with my wife and baby and playing video games.

06/29/2022
Blog: “Deeply rooted in history”: Teaching abortion ancient and modern in a post-Roe v. Wade world
With weary hearts, we consider with you what Classics can do in the face of Dobbs v. Jackson Women’s Health...
06/27/2022
Blog: Teaching in a Time of Anti-Asian Violence: Reflections on Asian & Asian American Experiences in Classical Studies, Part 1
This two-part series reflects upon AAPI experiences in Classical Studies. Part 1 is catalyzed by the author’s...
06/25/2022
Blog: Roe v. Wade, the GOP, and echoes of Augustus: Reproducing fascism
I guess I should say “thank you.” Gratias vobis ago. Thank you to the Republican Party’s long game, a partisan...
06/20/2022
Blog: Paternalism and the “Good Slave” in the Speech for Phormion and the Legacies of Slavery
In a discussion of the concept of the “good slave” in her book Reconstructing the Slave: The Image of the Slave in...
06/13/2022
Blog: Co-Publishing with Students: An Interview with Eli Gendreau-Distler and Siddhant Karmali
Last year, I published an edition of Perpetua’s Passio together with a group of students: Mia Donato, Carolyn...
END_OF_DOCUMENT_TOKEN_TO_BE_REPLACED