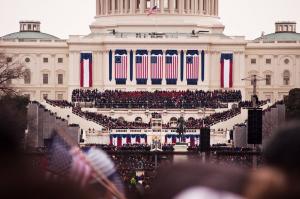 This year, one would be justified in feeling that additional sacral preparation is required — namely, a purification of what is to be the locus of Biden’s inauguration, the U.S. Capitol Building, which reeks of the terrorist mob that desecrated its halls. In 69 CE, a riotous conflict of citizens against citizens in Rome actually destroyed the topographical equivalent of our inaugural site, the Capitoline Hill’s Temple of Jupiter Optimus Maximus. Tacitus summarized that catastrophe as “the saddest and most foul crime that had befallen the republic of the Roman people.” Luctuosissimum: what is sadder than Americans ravaging the symbolic center of their nation?  Foedissimum: they smeared walls of the Capitol Building with their excrement. Facinus: the rioters ransacked, stole, and killed a Capitol guard. To restore Jupiter’s temple required rebuilding, reconsecration, rededication. Can we at least have purification of some sort? For the Romans, lustration of any kind also marked a beginning.

At whatever counts as his residence in Washington right now, consul-elect Biden would don the formal dress of office: instead of a dark suit or tuxedo, the purple-bordered toga praetexta worn by consuls and other curule magistrates. Well-wishers would throng his house: clients and friends, among them many senatorial colleagues — look, there’s Chris Coons and Dianne Feinstein, and Patrick Leahy, and Cindy McCain! 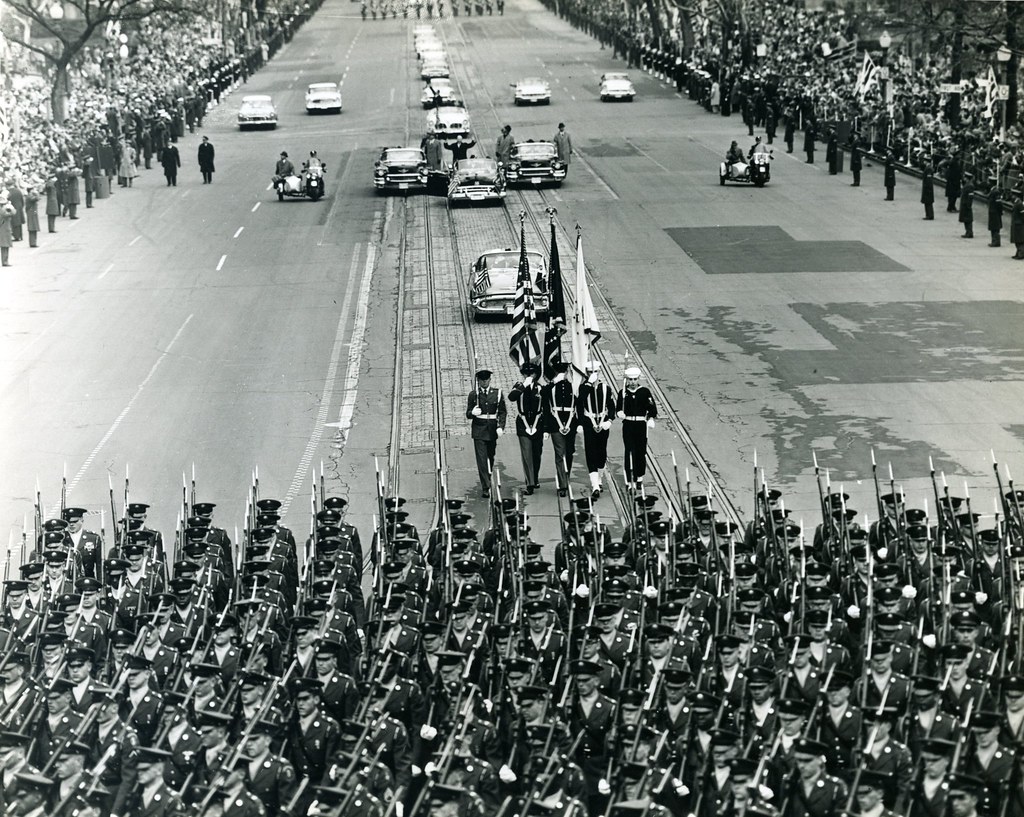 Lictors would arrive, those attendants who would thereafter accompany the consul holding bundles of rods (the fasces) which represented the magistrate’s awesome authority — if he were paying attention, Biden would have seen fasces inscribed more than once on the Lincoln Memorial as classical emblems of American presidential power. (Fasces have also been appropriated, alas, by some white supremacist groups — as a legacy from Mussolini’s fascist emblems — and could have been spotted among many other symbols of hate at the Capitol riot.) His lictors would lead Biden in procession through the city streets, escorted too by family, senators and other dignitaries, with the lattermost arranged according to rank.

While the U.S. President has no co-equal in office like the Roman consul, one suggestion would be for V.P.-elect Kamala Harris to join as colleague for this stage of the ceremonies, likewise accompanied by her friends and associates in a formal march from her Washington home. The two processions would meld into one as they headed towards the destination for the swearing-in. Crowds would cheer them all along the way, dressed in white for the celebration. 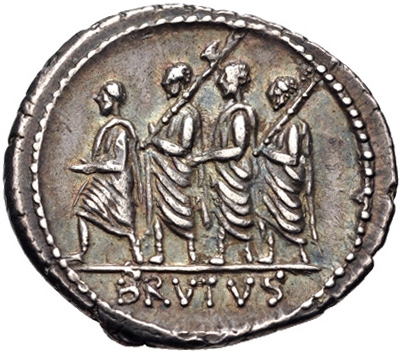 Lictors on a coin of Brutus, alluding to his ancestor, the first consul. (Courtesy of Creative Commons)

Of course, nothing like this could happen in Washington this year, even with an army of security personnel marshalled to counter the anticipated return of the Trump radicals. The usual American means of transporting the president-elect to the ceremony has for another reason already been canceled, that venerable tradition of riding to the Capitol along with the incumbent president from the White House. That shared ride — spurned this year by the petulant incumbent — admirably used to mark the hand-off of power, the peaceful transition from one US administration to the next, as did the entire event of presidential inauguration, whereas the festive Roman spectacle of processus consularis focused more squarely, and more publicly, on those newly invested with power, those now ascending to the highest office.

The Roman scenario would nonetheless have incoming consul Biden participate in a transitional rite of sorts. At the main site of the ceremonies, Jupiter’s Capitoline Temple, Biden and his colleague would preside over the impressive sacrifice of cattle to Rome’s chief divinity. In describing the act, Ovid more than once imagines everything proceeding auspiciously in this part of the rites, with the animals voluntarily offering themselves to be slaughtered (e.g., Fasti 1.81–86). Interesting is that the new magistrates perform this ritual in order to fulfill the vows that last year’s consuls made the previous January for the nation’s protection (vota pro salute rei publicae) — so, if he had followed Rome’s sacral norm, Donald Trump would have uttered such a solemn vow at his own installation and made offerings to the divine as satisfaction for the second inaugural vow that Barack Obama had sworn for the safety of the republic. After the sacrifice, Biden and his colleague would publicly renew the ritual promise to the same effect, expecting fulfillment in turn by their successors.

The United States Constitution specifies a single requirement for the president’s induction, the oath of office: “Before he enters the Execution of his Office, he shall take the following Oath or Affirmation:— ‘I do solemnly swear (or affirm) that I will faithfully execute the Office of President of the United States, and will to the best of my Ability, preserve, protect and defend the Constitution of the United States.’” This has been the inaugural script from George Washington to the present. The new president then delivers an address to those assembled that does its best to crystalize an inspiring agenda: “With malice toward none, with charity for all…”; “ask not what your country can do for you, ask what you can do for your country”; “This American carnage stops right here and stops right now.”

In the parallel Roman universe of our fantasy, Biden and Harris would be literally seated in office, invited to sit ceremonially for the first time in their curule chairs before Jupiter’s magnificent Capitoline shrine, those foldable ivory chairs assigned to the higher magistrates as symbol of imperium. The consuls-elect thereafter addressed the senate but, unlike the U.S. president, began right then to conduct the business of the state — setting the date for the year’s important moveable feast of the Latin Festival, for instance. They were then escorted to their respective homes with an entourage like that which transported them to the Capitoline. Somewhat differently, the American president personally commences official business, such as proclamations and directives, when he reaches the chief executive’s official residence, the White House. 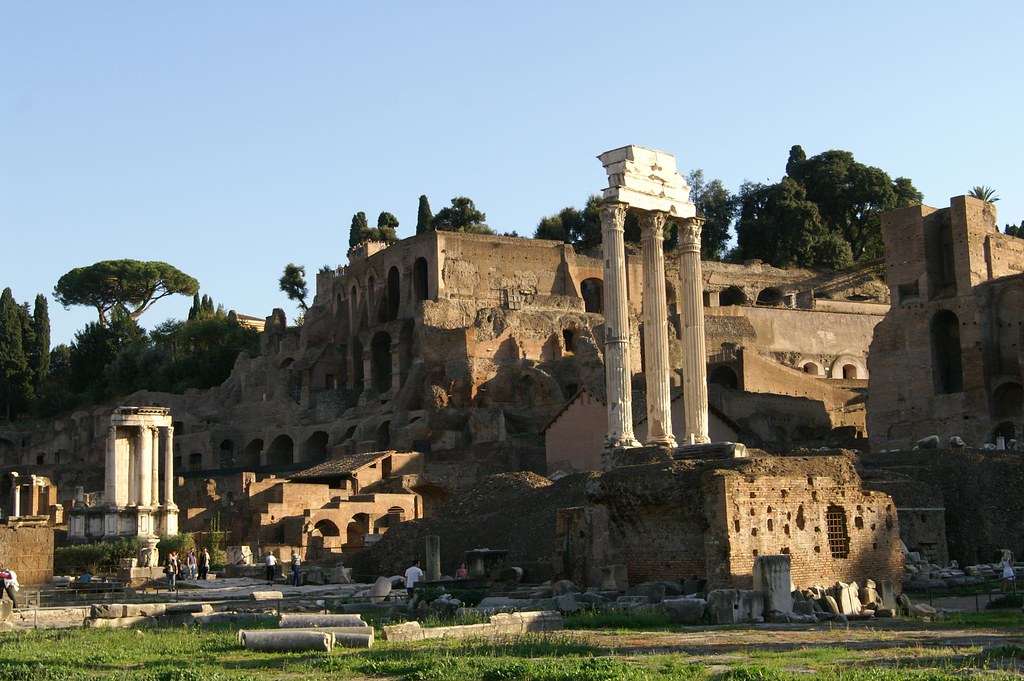 In Ancient Rome, too, custom mandated that an incoming consul swear a prescribed oath at the start of his term, though this could take place up to five days after the inauguration proper. So, to meet this requirement, in a ceremony at the Temple of Castor and Pollux in the Forum, consul-elect Biden would solemnly promise to observe the laws (in leges iurare), just as his predecessor would presumably have sworn after his inauguration. A year later, to close the circle, an outgoing consul affirmed before the people elsewhere in the Forum, at the Rostra, that he had done his duty while in office, and elaborated his self-justification in a speech. Outgoing consul Trump, then, would be expected, in laying down his office, to stand before the nation and the gods and swear that ‘he had done nothing against the laws’ (se nihil contra leges fecisse, as the Younger Pliny phrases it). At the same time, the immunity from prosecution for civil or criminal matters that he enjoyed while in office would come to an end.

One expects, as I write this on January 12, that Biden’s inauguration will be a flashpoint for protesters who have been sadly convinced that he was not properly elected by the people. Others may anyway look cynically upon such proceedings as mere vestiges of bygone times. And Ancient Romans, too, could have shared such reactions, during the factionalism of the Republican period or the jadedness in the Empire of those living under one-man rule.

But for those who understand and value the ideals on which our nation was founded, the inaugural ceremonies offer an opportunity to honor the elected leaders and to hear them declare their responsibility to the citizens and the state. The corresponding Roman ceremonials offer a mirror for appreciating that fact.

John F. Miller is Arthur F. and Marian W. Stocker Professor of Classics at the University of Virginia.

07/23/2021
Blog: “Can We Strangle the Muse?”: Carson and Bruno’s The Trojan Women
By Christopher Trinacty, Emma Glen, and Emily Hudson (Oberlin College) Anne Carson’s celebrated adaptations and...
07/12/2021
Blog: Contingent Faculty Series: A Conversation with Daniel Libatique
Our fifth interview in the Contingent Faculty Series is a virtual conversation between Dr. Taylor Coughlan and Dr...
07/06/2021
Blog: Six months in(surrection)
Today marks half a year since insurrectionists stormed the U.S. Capitol, occupied the Senate chamber, violently...
06/28/2021
Dissertation Spotlight: The “Oracular Tale” and the Oracles of the Greeks
Joseph Fontenrose’s The Delphic Oracle (1978) fundamentally reshaped how we think about Greek oracular divination...
06/24/2021
Blog: Ancient Worlds, Modern Communities: Connecting to the Ancient Greeks through Medicine, Sociology, Literature and Philosophy
The Ancient Worlds, Modern Communities initiative (AnWoMoCo), launched by the SCS in 2019 as the Classics...
END_OF_DOCUMENT_TOKEN_TO_BE_REPLACED