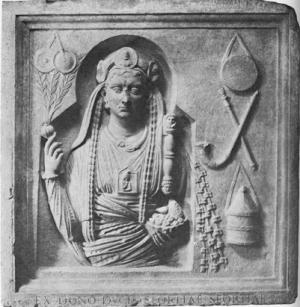 Ky Merkley: I wanted to talk to you about your latest article, “Found in Translation: Engendering Inclusive and Conscientious Pronoun Pedagogy in the Ancient Greek and Latin Language Classroom,” published in the latest edition of The Classical Journal (Issue 116.4). To get started, why don’t you give me the elevator pitch for this piece? And then maybe you could explain a little more to me about the benefits you see this conversation having, both for our students and for the field of Classics as a whole.

Michael Goyette: As many are aware, over the last ten years or so there has been a growing recognition of diverse gender identities, and the English language has seen this corresponding evolution of pronoun usage. It seems like an important time to re-examine the ways we present, discuss, and translate pronouns in Greek and Latin classrooms. And that’s what my article is about. It presents some specific pedagogical practices and resources that can demonstrate sensitivity to emerging pronouns with the hope of fostering inclusive and affirming learning environments for students of all genders. I also outline some ways in which attentiveness to emerging pronouns can foster conscientious and impactful discussions of grammar, linguistics, translation theory, and ancient literature, myth, and history.

Regarding the second part of your question, I believe that engaging with Greek and Latin pronouns and English-language pronouns in these ways can make the ancient world a bit less alienating to certain students, and therefore make them want to engage with antiquity and think more about their own relationship to antiquity. I’m really interested in this idea of making translations less alien.

KM: Tell us a little bit more about how and why you came to write this piece. What was the genesis of this project? As you note in the piece itself, this is one of the first articles to talk about pronoun pedagogy in a really specific way. And so, what problems or experiences were you specifically trying to address?

MG: I do want to say up front that there have been some other articles that engage with this issue in certain ways. And of course, there was the resource that was published by Trans in Classics and Lupercal in November, “A Style Guide for Gender Inclusivity in the Latin Language.” In any case, I’m not quite the first, although I do feel that maybe I have something unique to add to the conversation here, something new. The piece came directly out of my work in the classroom, along with my interests in language, rhetoric, and sociolinguistics.

As I discuss in the article, I was teaching a beginning level Latin class a few years ago. During the class we were going over how to conjugate and translate simple verb forms — amo, amas, amat, or something along those lines. When a student asked if amat could be translated as “they,” meaning “they” singular, I thought it was one of the most poignant and linguistically interesting questions I had ever received. I was worried for a moment that it could produce linguistic confusion for these Latin novices and could also potentially introduce anachronistic ideas about ancient views of gender. But the more I thought about this question after class ended and over the next few days afterwards, the more opportunities it seemed to open up for productive dialogue about aspects of grammar in both Latin and English. Considering the use of these pronouns and translations at the very least seemed to open up pedagogical opportunities.

And at this moment — which was kind of the genesis of this article — I recalled that the act of translation is as much about the target language—in this case, English—as it is about the source language. Since “they” singular has become a widely used form in the English language, it didn’t make sense to me to leave it out as a possible translation here. And, most importantly, I was concerned that refusing to accept a translation like “they” singular could be perceived as negating the identities of some of the students within my own classrooms. And these are students whom I know already have to deal with having their identities negated, marginalized, misconstrued, and rejected on a regular basis.

And in my pedagogy and work on this topic, I kept coming back to the thought that only using “he/she/it” as default translations for the third singular linguistically reinforces the idea of a gender binary. And then I asked myself, “Well, when is it appropriate to leave out ‘they’ singular?” It didn’t seem like it ever would be appropriate to exclude it from default translations.

So, in my classrooms, whenever we’re translating a third-singular form that is unmarked for gender, I include “they” singular as a possible translation. And my students have followed suit. It’s been nice to see how quickly they got on board with it. And the fact that they did so enthusiastically encouraged me that this was something productive and useful that could be used in the classroom. This made me want to think more about this issue and start writing about it.

KM: The last question I had is where do we go from here? What conversations do you think we still need to have? The kinds of things would you say we need to do going forward?

MG: My main hope with this piece is to at least help stimulate other people in our field to reexamine and reflect upon the ways we present language and use pronouns—particularly in our language classrooms, but not limited only to those language classrooms. Near the end of the article, I advocate for Greek and Latin language textbooks to change or to adapt the way that pronouns are presented when laying out conjugations or morphology. And I also think that some of the standardized exams that we give in our field, like the National Latin Exam, should reconsider the kinds of translations that are accepted as correct, especially when dealing with third-singular pronouns. It could also be productive to engage in more conversations with instructors of other languages — especially other modern languages in which pronoun usage may be evolving similarly — to gain further insights into pedagogical practices and considerations. In addition, I think that the forms and questionnaires that we use for our professional organizations and other kinds of Classics associations should adapt those forms to include options for gender beyond the traditional binary. And along similar lines, we should continue to think about how we can make our spaces, both in-person and online, more welcoming and more inclusive of people of all genders and all identities.

KM: So as a final note, is there anything that you want anyone reading the SCS blog to know?

MG: Something that I’ve experienced while adopting these pedagogical practices is that they are kind of unremarkable to the current generation of students. For others in our field, these may seem like really newfangled kinds of approaches to discussing pronouns. But the students I have in the classes where I discuss these kinds of things tend to get on board very quickly, and they feel supported by these efforts. In doing research for this article, I found some statistics from the Pew Research Center, which cite that 35% of Gen Z and 25% of Millennials “say they know someone who prefers that others use gender neutral pronouns to refer to them.” Those percentages drop after each successive generation. But 35% of Gen Z is really significant. I suspect, in the years to come, those figures are only going to go up.

Something else that I want to mention, which may be an obvious point, is that, as language instructors, the ways we use or do not use words and other elements of language really come with a high degree of power and a high degree of influence on the language practices of our students. I think this is especially true for languages like Latin and Greek, which are often perceived as having this special and erroneously prescriptive relationship to the English language, which can therefore reinforce “norms” of English usage. There was an article written for Ad Aequiora by Tom Hendrickson called “Gender Diversity in Greek and Latin Grammar: Ten Ancient Discussions,” which observes that “there’s this chauvinism inherent in Latin grammar.” And I would say the same is very much true of Greek grammar. And the same is true of the Latin pedagogical tradition that tends to order adjective endings masculine, feminine, neuter. It sets up this hierarchy that some of us may have just absorbed and not thought about very much because it’s so, so common in our textbooks. And I just want to encourage language instructors to be really aware of the ways that we present these kinds of elements of language and the underlying assumptions that we might be perpetuating by following some of these pedagogical traditions.

Ky Merkley (they/them) is a Ph.D. student at the University of Illinois at Urbana Champaign. Their work sits at the intersection of trans studies and Classics and critiques the various ways conceptions of selfhood, gender identities, and embodied experiences interact within Roman literature. After founding Trans in Classics in 2020, Ky is working on finding further ways to highlight both modern trans perspectives on Classical literature and the gender diversity that existed in Greco-Roman antiquity.

04/13/2022
Blog: Two Years Later: “Classics” after Coronavirus?
In an April 2020 post for Eidolon, I gathered predictions on “classics after coronavirus.” Two years later, it’s...
04/08/2022
Blog: Ancient Worlds, Modern Communities: Increasing Accessibility for the Study of the Ancient World
The Ancient Worlds, Modern Communities initiative (AnWoMoCo), launched by the SCS in 2019 as the Classics...
03/21/2022
Blog: I Love You, I Hate You: A Student’s Perspective on Learning Latin
I have always enjoyed Latin class because it felt like a puzzle, much like math. Find the verb, find the noun that...
03/18/2022
Blog: Power to Punish and Authority to Forgive: Imperial State and Imprisonment in 4th-Century Antioch
Research ideas often develop out of chance encounters or unplanned circumstances. My dissertation project was born...
03/14/2022
Blog: Sampling Epic in Kendrick Lamar’s “Mortal Man”
Because it’s spirits, we ain’t even really rappin’ We just letting our dead homies tell stories for us....
END_OF_DOCUMENT_TOKEN_TO_BE_REPLACED