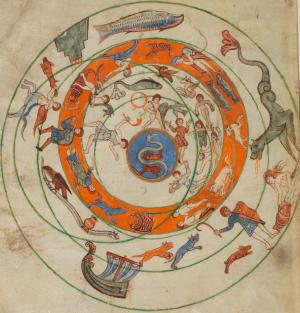 The online Packard Humanities Institute’s Classical Latin Texts (PHI) makes freely available material that was originally included on the PHI’s CD ROM 5.3, issued in 1991. It contains the vast majority of Latin literary texts written before 200 CE, as well as a handful of Latin texts from late antiquity. It therefore offers an alternative to two other free online resources: The Latin Library and the Perseus Project. The former has already been reviewed for  this blog by Ted Gellar-Goad, and some of his criticisms of it apply equally to PHI. In particular, due partly to copyright issues, users in search of an apparatus criticus, grammatical reading aids, and any sort of commentary will find none of that here. What they will find is a cleanly-edited and robust collection of well-known and less well-known Latin authors, as well as a trio of aids to translation and scholarly analysis.

Quantity and variety of ancient authors are PHI's main advantages; it contains the works of 362 authors, vastly exceeding The Latin Library and Perseus. Still, PHI’s chronological scope is more limited. No Christian authors or late antique pagan authors appear (though some later materials that bear directly on canonical Latin authors, such as Servius and the Vita Iuvenalis, are included). PHI compensates for this deficiency through its coverage of fragmentary Latin authors: students and scholars of early Roman historians, for example, will be gladdened to find the fragmentary works of Coelius Antipater, Sempronius Asellio, and Bruttedius Niger, even though PHI’s source for these authors, Peter’s Historicum Romanorum Reliquiae, has now been superseded by Cornell’s The Fragments of the Roman Historians (Oxford, 2013).

PHI includes the ancient sources for each author’s individual fragments, a practice not always followed by its competitors. For example, PHI uses Morel’s Fragmenta Poetarum Latinorum Epicorum et Lyricorum for the text of Livius Andronicus, and thus the opening line of Livius’ Odyssia (virum mihi, Camena, insece versutum) is properly attributed to Gellius’ Noctes Atticae 18.9.5. The Latin Library, on the other hand, offers only the Homeric reference for the line (Od. 1.1), even though its source for the text (Warmington’s Remains of Old Latin, vol. 2), lists Gellius as the ancient attestation. As a result, PHI better conveys the indirect transmission of the text.

While viewing a text, PHI’s vocabulary tool allows for searching by lemma. Users access the tool by clicking on the “PHI Latin Texts” logo in the upper right hand corner while on the text page. Rather than requiring users to know the precise lemma for a given word, the tool supplies results as the user is typing . While useful, this method is neither as convenient nor as expeditious as Perseus’ clickable texts, and it provides no links to fuller entries in online dictionaries, such as Lewis & Short.

The “Word Search” tool allows users to search for single or multiple strings across the entire corpus of PHI Latin texts, within the works of a certain author (or authors), or within only a single work (or selections of works). The search function allows the use of several logical operators: ~ (near), & (and), | (or). Furthermore, the number sign (#) allows users to indicate a word break. Thus, a global search for “#dura ~ #puella” will return fifteen passages containing dura…puella, duram…puellam, and durae…puellae. If the search is restricted to Ovid [Ov], it yields five passages; and if it is further refined to include only the Metamorphoses [Ov:Met], it yields two results. Perseus’ word search is more powerful, capable of searching for all inflected forms of a given term or set of terms without requiring users to strategically omit all or parts of endings. PHI’s advantage is that it will permit searches that include very common words called “stop words”—often prepositions, interrogatives, and adverbs. Perseus omits these words from search results.

The third tool on PHI is a “Concordance,” which is similar to “Word Search,” except results are presented in a table that is sortable either by the words preceding a match (by clicking on the left of the table), or by the words following a match (by clicking on the right of the table) . Logical operators can be used, but they are less effective since each term in a given pattern appears on its own line. Hence, the search for “#dura ~ #puella” yields double the results as the global search above because every instance of each term receives its own entry. The primary appeal of the Concordance, it seems, is aesthetic.

Ultimately, like The Latin Library and Perseus, PHI affords students and scholars a reliable online source for freely accessible classical Latin texts. Its chief advantage is its numerically superior list of ancient authors, particularly of fragmentary authors, which in turn means that word searches can pull from more ancient sources.

Description: digitizations of Latin reading texts with near-comprehensive coverage of literature to 200 CE, and some late antique texts; tools include dictionary, word search, and concordance

Matthew P. Loar is the Director of Fellowships and Assistant Professor of Classics (by courtesy) at Washington and Lee University in Lexington, VA. He is the co-editor of Rome, Empire of Plunder: The Dynamics of Cultural Appropriation (CUP, 2017) and The Cultural History of Augustan Rome: Texts, Monuments and Topography (CUP, 2019), and his work has also appeared in Classical Philology, Classical World, and Histos.