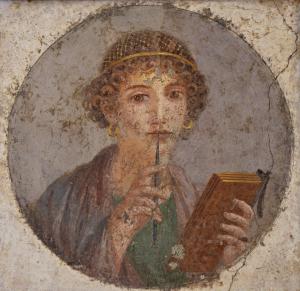 If you’ve studied or taught Latin in the last decade or so, you’ve probably used or at least encountered The Latin Library, administered by William L. Carey, Adjunct Professor of Latin and Roman Law at George Mason University. It’s a simple, free, HTML-based site with a huge collection of Latin texts spanning the longue durée of Latin literature. The purpose of the site is to offer digital texts “for ease of on-line reading or for downloading for personal or educational use” ( see “About These Texts”). You won’t find critical texts, apparatus, commentary, or grammatical reading aids; epigraphers, papyrologists and those wishing to dive deep into late antique, mediaeval, or Renaissance Latin will not find everything they need here—but otherwise, pretty much every text a student of classical Latin literature could want is available here in some form.

The site’s front page lists all the major Roman authors represented, with links to author pages, which in turn provide links to the actual texts of works, and books within works. For example, clicking on Vergil gives you a page listing each of the 12 books of Aeneid, the ten Eclogues, and the four books of Georgics, and the text of each book/eclogue is on a different page linked from the Vergil page. The front page also includes links to collections of Christian authors, Mediaeval authors, Neo-Latin authors, a Miscellany (where you’ll find, among others, the Appendix Vergiliana, Apicius, Publilius Syrus, and Roman epitaphs), and Roman law. Visitors wishing an alphabetical listing of all the site’s authors can click on the Index link at the bottom of the page.

The Latin Library is exactly what it claims to be, nothing more or less. It is the product of diligent digitization and internet curation rather than research or textual criticism. (Indeed, on the “About These Texts” page a disclaimer states that “[t]he texts are not intended for research purposes nor as substitutes for critical editions.”) This, of course, means special caution is necessary with the most problematic texts, such as Plautus and Propertius. Most of the texts are from undisclosed public domain sources, and have evidently been scanned, pasted, reformatted, or the like. As a result, there are some misprints, typos, scanner errors, human errors, messed-up should-be-Greek, and garbling.

Richard Tarrant makes a cogent and forceful critique of The Latin Library in his book Texts, Editors, and Readers, published earlier this year (pp. 149–151). Noting typos that dramatically alter the meaning, and pointing out problems with tituli in the site’s text of Catullus, Tarrant says, “[e]ven more damaging than the errors these texts contain are the misconceptions about texts that they foster; for example, the absence of a critical apparatus could suggest to an innocent user that there is a single text of Virgil or Cicero or Juvenal, and that those texts exist independently of any editor.” Tarrant is surely right; I wonder, though, whether such misconceptions are really different from those which may occur with print analogues such as Dover Thrift translations or student readers. Experts approaching either type of text will already know the problems with any Latin that is not presented in a critical edition, and non-experts will always need expert introduction to the manuscript tradition, textual editing, and so forth.

I would characterize the egregious typos Tarrant identifies as neither isolated nor typical. There are plenty of what scholars of writing call “global errors” that drastically impede accurate comprehension of a passage, but most of what I have encountered over years of reading various The Latin Library texts in a variety of contexts are “local errors” that do not distort the broader meaning. (They may, of course, throw less-experienced Latinists for a loop in the same way that archaic or colloquial morphology can.) If this were a print product, the global errors would be sufficient grounds for dismissal, and one line of thinking might suggest that a process leading to these kinds of errors is itself disqualifying in a digital context as well; The Latin Library, however, can be and is updated to fix errors—the site’s creator has tended to be responsive to errata emails, and it’s possible that by the time Tarrant’s readers go to see the errors for themselves, they’ll already have been fixed. While the site is not updated frequently, it has been remarkably stable for many years, and is not likely to wink out of existence any time soon.

The lack of critical apparatus is in my view a much more important critique, and one that characterizes free Latin on the internet more broadly. The Latin Library is one of a number of places to find Latin texts without a paywall and in HTML format rather than PDF, Google Books, or something equally annoying to navigate and peruse. The Perseus Project, Bill Thayer’s LacusCurtius, the University of Pennsylvania’s Vergil project, and the Internet Sacred Text Archive all came up in the first page of results when I googled “Vergil Latin text” with the personalization of search results suppressed. (Bing, as you’d expect, gave me even less to work with.) Out of all five, none offers an apparatus criticus, though the Vergil project allows you to see textual variants for specific words you click on. Perseus and LacusCurtius can include footnotes, and Perseus marginalia and links with commentaries, but neither does so with consistent focus on textual criticism, and there’s unevenness depending on the age and obsolescence of their sources. The Packard Humanities Institute corpus of Latin texts may be digitized from more reliable editions than The Latin Library, but it offers the same apparatus-free view of texts, and was nowhere to be found in my Google search. Another, even worse source that popped up in the second and third page of results was Project Gutenberg scans of out-of-copyright editions, whose optical scan errors dwarf The Latin Library’s typos by orders of magnitude and whose texts also generally lack critical apparatus.

So The Latin Library is not unusual in its presentation of a text whose process of editing and state of corruption or uncertainty is effaced, nor is it unusual in presenting a text with typos, based on my experience reading plenty in Perseus and LacusCurtius. It’s a Web 1.0-style site, simple HTML without any interactivity, as is LacusCurtius, but Patrick Burns has found it a useful corpus for computer language processing. Perseus and the Vergil project are more Web 2.0, with rich interlinking and word-analysis tools, while Tarrant describes promising developments in digital critical texts using Semantic Web / Web 3.0 standards. (The digital Loebs are something like Web 1.5, in my view, since they have some search and navigation tools beyond mere presentation of the texts, but for most intents and purposes are just a high-quality scan of the print books.) What sets The Latin Library apart in the digital Latin landscape, if anything, is its prominence: it was the top result in my Google (and Bing) search for “Vergil Latin text” and in searches for “Cicero Latin text”, Catullus, Livy, Sulpicia, Columella, Arnobius, etc. People are going to The Latin Library for Latin, and Google is sending them there, whether we like it or not.

Chris Francese makes to me the compelling point that anyone who actually wants to read a Latin text should be considered to some degree a scholar. The texts our field presents and endorses online should therefore be scholarly in nature. Certainly we want accurate Latin in circulation online. But I don’t think every presentation of a Latin text necessarily must include an apparatus criticus or similar textual-critical companion. The Latin Library’s print comparanda, to my mind, are not Oxford Classical Texts or Teubners, but rather student texts, which offer critical apparatus only infrequently, and are not to be found in, e.g., the Bolchazy-Carducci Latin readers, the Bristol Classical Press texts, or Garrison’s Catullus and Horace.

There is and I think should be a place for these kinds of texts in the discipline. I remember my first time as a student approaching a Latin text with an apparatus criticus, and how daunted and bewildered I was. I readily observe my own students evince similar apprehension, or disregard the critical apparatus entirely. Sites like The Latin Library are for plenty of people their first contact with a particular Latin text. Much though it pains me as a Propertius and Plautus specialist to see their texts free of abundant cruces, ellipses, and dozens of lines of textual variants and conjectures, I don’t see it to be the role of a no-frills easy-access site like The Latin Library to introduce quot editores tot Propertii and the rest to novice Latinists. That’s our job as teachers and scholars of Latin.

The bottom line: The Latin Library is if not a cornerstone then at least a foundation stone of Classics on the internet, and has been since Internet was capitalized and “on the Web” was something tech-savvy people would say. It’s likely your students already know and use this site, for better and for worse. If you’re looking for a quick fix of Latin, or to copy and paste some mainstream literary text into a word document for use in class, The Latin Library will do it faster and with less of a hassle than Perseus or the other online text repositories. If you’re looking for an unimpeachable, consistent text to teach or publish from, your path leads elsewhere.

07/01/2022
Blog: Ancient Worlds, Modern Communities: Contemporary Responses to Greek Myth and Tragedy through Drama, Film, and Visual Art
The Ancient Worlds, Modern Communities initiative (AnWoMoCo), launched by the SCS in 2019 as the Classics...
06/29/2022
Blog: “Deeply rooted in history”: Teaching abortion ancient and modern in a post-Roe v. Wade world
With weary hearts, we consider with you what Classics can do in the face of Dobbs v. Jackson Women’s Health...
06/27/2022
Blog: Teaching in a Time of Anti-Asian Violence: Reflections on Asian & Asian American Experiences in Classical Studies, Part 1
This two-part series reflects upon AAPI experiences in Classical Studies. Part 1 is catalyzed by the author’s...
06/25/2022
Blog: Roe v. Wade, the GOP, and echoes of Augustus: Reproducing fascism
I guess I should say “thank you.” Gratias vobis ago. Thank you to the Republican Party’s long game, a partisan...
06/20/2022
Blog: Paternalism and the “Good Slave” in the Speech for Phormion and the Legacies of Slavery
In a discussion of the concept of the “good slave” in her book Reconstructing the Slave: The Image of the Slave in...
END_OF_DOCUMENT_TOKEN_TO_BE_REPLACED