As the title of this International Conference clearly suggests, the theoretical framework of this meeting is inscribed within the paradigm of Lived Ancient Religion (hereafter LAR), developed in Erfurt between 2012 and 2017 and supervised by Jörg Rüpke. LAR supports a methodological shift from the idea that the dominant structure in the Graeco-Roman World was based on the routinised and institutionalised performance of public, collective rites driven by the elite ideology (i.e. the polis- or civitas-religion) to a focus on the individual as an active actor, capable of situational and creative innovation. Sharing this perspective, this conference will deal with religious agency not as a ‘normalising’ action by representatives of institutional entities or local oligarchies, but as creative innovation by decision-makers who consciously modified established religious patterns. The main sociological reference point for this conference lies in Michel de Certeau’s concepts of bricolagiste appropriation and re-contextualisation, which take into account the processes by which individuals select, construct and vary religious offers, as well as the concepts (and limits) of group membership and of normative and deviant behaviours.

Speakers are invited to examine Roman Africa (corresponding nowadays to Morocco, Algeria, Tunisia and Libya) as the arena of situationally-dependent innovations and adaptations by a number of local small-scale religious actors who freely used religion as a resource to respond to emerging dilemmas, generate religious experiences encompassing the human body and the material environment, and communicate these experiences through multifarious narratives and strategies of emotional saturation. Therefore, we aim to avoid any overemphasis on allegedly shared religious worldviews, divine entities, religious symbols, and myths, but rather to highlight specific authorial micro-strategies in the construction of religious narratives and perspectives, and to specify the relationship between religious experience, group-formation, and textuality in different contexts and periods. Speakers are encouraged to answer to the following questions: How did religion enlarge and strengthen interpersonal engagement and individual agency in Roman Africa? What stimuli and sense-scapes did generate religious experiences? How did individuals of different social statuses, genders, and ages, with different engagements in religious praxis (practitioners, borderline specialists, devotees), experience a given phenomenon as ‘religious’? How was this experience interpreted and communicated? Why was religion invoked strategically in interpersonal communication? Who were the specialists in charge of mediating and properly addressing this communication thanks to their specific competence and knowledge? What were the media interactively employed in the processes of encoding and decoding the message? 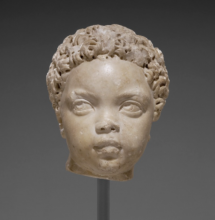 (The website for Keely Lake's In Memoriam can be found here)

She was the daughter of James and Dorothy (Burcham) Lake, born on December 8, 1971.  She had recently moved back to Hot Springs to care for her father.

She was a visiting guest professor at Gettysburg College in 2001 and Professor of Classical Greek and Latin at Wayland Academy from 2002 until 2018.

She was teaching online courses for Montclair State, Wayne State University and One Schoolhouse.

She was an active member of the Vergilian Society, several Classic related boards and organizations and was a reader/table leader for standardized AP exams in Latin.

Keely was an avid gardener, enjoyed cooking, reading, traveling, and collecting books.  She also traveled extensively which was a passion of hers.

She is survived by her father, James Lake; and her precious cats, Penelope and Gemini.  She is preceded in death by her mother.

The Ancient Leadership collection within SAGE Business Cases explores leadership in Classical history, mythology, philosophy, and material culture in a way that is engaging and useful for business students and instructors at the undergraduate and graduate level. This project is a chance for those of us who work in the ancient world to experiment with a very mainstream method of leadership pedagogy and hopefully to teach a wider audience about the central importance of the humanities for leadership study and training. We expect that each of the case studies will illustrate the ways in which the humanities makes important–if not unique–contributions to the study of leadership and the training of leaders:

The Department of Classical Philology and Neo-Latin Studies, Faculty of Humanities and Social Sciences, University of Szeged, Hungary is pleased to announce its International Conference Sapiens Ubique Civis VIII – Szeged 2020, for PhD Students, Young Scholars, as well as M.A. students aspiring to apply to a PhD program.

The aim of the conference is to bring together an international group of young scholars working in a variety of periods, places, languages, and fields. Papers on a wide range of subjects, including but not limited to the literature, history, philology, philosophy, linguistics and archaeology of Greece and Rome, Byzantinology, Neo-Latin studies, and reception of the classics, as well as papers dealing with theatre studies, comparative literature, contemporary literature, and fine arts related to the Antiquity are welcome.

Lectures: The language of the conference is English. Thematic sessions and plenary lectures will be scheduled. The time limit for each lecture is 20 minutes, followed by discussion. It is not possible to present via Skype. 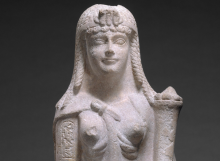 Our second interview in the Women in Classics series is with Shelley Haley, Edward North Chair of Classics and Professor of Africana Studies at Hamilton College. This is the second of a two-part interview with Prof. Haley, which picks up at the point when she decided to apply to graduate school to study Classics.

CC: How did you decide to apply to graduate school?

This was a very turbulent time in American history. I was fed up with the United States of America, absolutely fed up. I remember the conversations we used to have about the women’s movement. This was back in the dark ages. There were three or four white women on my floor in college having a deep discussion, wringing their hands and saying, “But how, how, how are we going to have a family and a career? How?” In my head I was just frustrated. My mother, my grandmother, her mother before her, all of them always had to work, and always had family. It can be done. I think that was my first introduction to black feminism, and to the line that divides it from white feminism. I had had enough.