The study of weather and its public is particularly relevant today, as the severity of natural disasters increases annually. We face dramatic changes to the environment on a global scale, and the global response to these changes is a contentious and urgent matter. For this conference, we seek academic papers exploring natural disasters and environmental change in ancient Greece and Rome. We also welcome submissions from scholars whose work deals with the broader Mediterranean world, which includes but is not limited to Mesopotamia, the Levant, Anatolia, Egypt, Ethiopia, and North Africa. Some possible topics are:

Each presenter will have 15-20 minutes to speak. Please send abstracts of no more than 300 words (not counting notes or bibliography) to Stephen Hill (rsh7bu@virginia.edu) no later than 5pm EST on January 31, 2020. This colloquium intends to be accessible to all, including those with physical disabilities, mental illness, and/or chronic illness. Any questions may be addressed to colloquium organizers Joseph Zehner (jbz9fa@virginia.edu) and Vergil Parson (vgp6fe@virginia.edu). 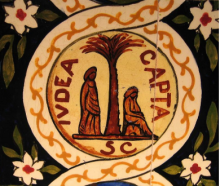