President's Letter for March 2013: STEM Subjects Are Not the Only Essential Ones

There has been a lot of talk in the US recently about the importance of encouraging the study of the so-called STEM subjects (Science, Technology, Engineering, and Mathematics).  In the UK, the civil service has long been advocating such an emphasis on STEM, although it is revealing that in the US people still tend to focus on whether this or that education is a good “investment” for the individual, whereas in Britain the government agencies are more concerned with which education is best for society as a whole (on “investment” as the wrong metaphor in the first place, see Bob Connor’s recent post).

In response to this new wave of pressure, there have been a number of excellent defenses of the value of studying non-STEM subjects, and I do not want to rehearse that case here; let me just refer you to the fine column in the Washington Post by Danielle Allen, for example, and to the new AHA website I recently recommended on making the case for the value of the Humanities and Social Sciences.  But I just want to comment on the background of the lawmakers who are the most recent ones to advocate strongly for specific practical steps to foster STEM.

The Economist recently had a leader on US immigration reform, in which they applauded in particular an initiative from a bipartisan group of eight Senators which would allow foreign nationals who go to US universities to remain in the country after graduation: “They would…give an automatic green card to anyone gaining a master’s degree or a doctorate in science, technology, engineering or maths from an American university” (February 2nd, 2013, p.10).

This is a very controversial proposal in various ways, as is a similar proposal to give six-year visas to up to 300,000 foreign high-tech workers a year (see the New York TimesOp Ed piece on this subject last month by Ross Eisenbrey).  But it’s interesting that no one appears to be advocating giving an automatic green card to anyone gaining an advanced degree in the humanities or social sciences, although even at a crassly utilitarian level it might look like a good idea to increase the number of US residents who, for example, have an intimate knowledge of other languages and cultures.  I’m not necessarily arguing for such a green card policy myself, but the assumption that it is self-evidently “useful” to foster certain subjects and not others is worth pushing back against before it becomes completely automatic.

If you look at the educational background of the eight Senators, it’s even more interesting that they appear not to see value in retaining as a member of US society someone with a degree in humanities or social sciences.  Only one of the group (Lindsey Graham, R-SC) has an undergraduate major in a science subject (Psychology).  The others have undergraduate degrees in History (Michael Bennet, D-CO); International Relations (Dick Durbin, D-IL; Jeff Flake, R-AZ; Marco Rubio, R-FL); Political Science (Bob Menendez, D-NJ); and Government (Chuck Schumer, D-NY).  John McCain (R-AZ) attended the Naval Academy at Annapolis, and so wasn’t in the business of choosing majors, but he preferred literary and historical subjects, reporting in his 1999 memoir Faith of My Fathers: “Unfortunately, the curriculum at the Academy was weighted preponderantly toward math and the sciences” (p.134).

In their choices of major, these Senators are fairly representative of their colleagues in Congress.  In the 112th Congress, apart from the 26 Members of the House and the single Senator who had no more than a high school diploma, government and the humanities accounted for 55.7% of the undergraduate majors; 13.7% had degrees in Business and Accounting, with 8.4% in Economics.  24 members had a medical degree.  Only 11.5% of the members of the 112th Congress had an undergraduate major in Science and Technology (for these figures, see Mark J. Perry’s post).

I can’t help wondering if Messrs. Bennet, Durbin, Flake, Menendez, Rubio and Schumer actually believe that the subjects they majored in are useless and that their undergraduate education did not provide them with skills and perspectives that the country has benefitted from.

Let me be clear: I am enthusiastically in favor of the study of STEM subjects, not least because I believe that science and mathematics are a vital part of a liberal arts education.  I’d be very happy to see more highly trained scientists and engineers in government (it may seem redundant to state this, but one can be easily misunderstood in these debates).  But the value of a general education in the liberal arts, including science, mathematics, the humanities and social sciences, is something we must keep affirming in the face of the consensus one can sense developing.

I would like to imagine the day when a President gives a State of the Union address to Congress in which he or she quotes the wisdom of George Washington in the first ever State of the Union address, on January 8, 1790: “Nor am I less persuaded, that you will agree with me in opinion, that there is nothing which can better deserve your patronage, than the promotion of Science and Literature.  Knowledge is in every country the surest basis of publick happiness.”  Even if we update the spelling and take away the Gothic “k” from “publick”, it is hard to imagine a President today writing those words, with their firm understanding of the value of the whole domain of knowledge.

Announcement of New Co-editors for TAPA
Cuts at the University of Vermont
(AIA) Editor-in-Chief, American Journal of Archaeology
END_OF_DOCUMENT_TOKEN_TO_BE_REPLACED

President's Letter for March 2013: STEM Subjects Are Not the Only Essential Ones 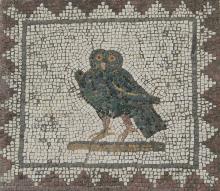 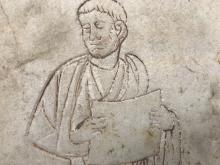