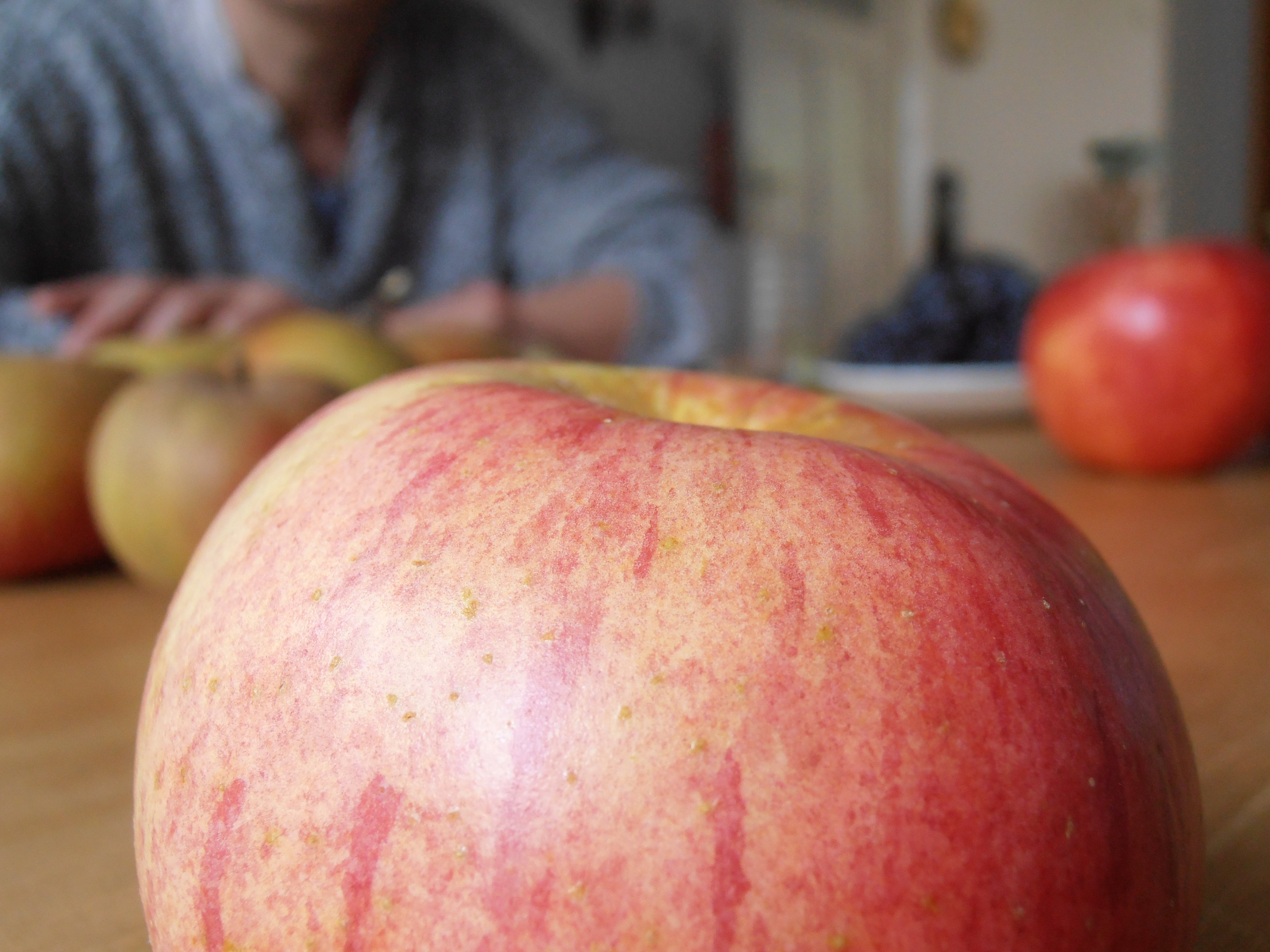 a) Staffing: loss of Keely Lake. She will need to be replaced on the K-12 Education Committee and as ACL Representative to the JCCAE

·      K-12 Education Committee sponsored the annual “Teacher’s Tea,” 2:00-3:00 p.m. in the Mezzanine. This was attended by approximately twenty people. The time, venue and format (chairs and tables to collect around) was effective in helping K-12 instructors meet one another and feel welcome at the meeting.

In addition to ten continuing nominees from 2018, there were twelve new nominees for 2019. Advertising efforts have been successful. All three awardees chose to use their airfare/hotel to attend the ACL, where they will receive their prizes, as presented by Mary Pendergraft. Their citations were read at the Plenary Session at the SCS Annual Meeting in Washington DC. Thanks to support from the ACL, it was possible to increase the number of awards to three.

In addition to two continuing files from 2017 and one from 2018, there were sixteen new nominations. Advertising efforts have been successful. Awards were presented at the Plenary Session at the SCS Annual Meeting in Washington DC. All three awardees were able to attend.

·      Continued promoting the Collegiate and Precollegiate Teaching Awards through targeted mailings of (1) all department chairs in the U.S. and Canada (and updating the SCS list); (2) all state organizations for Latin teachers; (3) all contacts for Latin teacher training programs in the U.S. Further efforts are needed to promote the award in Canada, which has not sent nominations in recent years.

·      Exploring options for providing professional development credits to K-12 teachers for attending SCS meetings. Professional Development credits were available to Maryland teachers in 2020 and will be available for Illinois teachers in 2021. Efforts are needed to make this possible for 2022 in California. In addition, options for awarding graduate credits as an alternative (and thus, available to all teachers, regardless of state, who attend the meeting) should be explored. Teachers polled at the “Teacher’s Tea” said that these can be important for some teachers, particularly in public schools, but are not needed by all K-12 teachers who attend the meeting. Also, some were able to use the form approved for Maryland with their home schools in other states (it sufficed to prove that they had attended).

·      Mary Pendergraft has overseen an update of Seal of Biliteracy requirements state by state, which is now complete, as of Feb. 26, 2020.

·      (in progress, with the ACL) Revising Latin teacher training standards (2007) in accordance with Latin/Greek learning standards (2017). This project is waiting on formal release of the new standards.

·      In progress: collecting data on programs throughout the US that offer teacher training in Latin.

·      Some further revisions of the guidelines for the Award for Excellence in Teaching at the Precollegiate Level will be completed this summer, including a later deadline, setting word limits to the nomination letter and teaching philosophy statement, adopting new techniques to advertise the award (such as asking former winners each to reach out to ten new people), and perhaps developing rubrics to help the committee score applicants.

·      The full board approved allowing Canadian winners of the Award for Excellence in Teaching at the Precollegiate Level to receive their prize at the CAC.

·      Precollegiate teachers now get full member benefits (board approved as of January, with a dues rate of $38, approved June). As of spring 2020, precollegiate members will be able to submit to the program.

Committee on College and University Education

The committee agreed that further revision of the nomination process for the Award for Excellence in Teaching at the College Level is needed to clarify that contingent faculty are eligible but graduate students are not and add length limits to some components of the file. Contingent faculty who win would need financial assistance in attending the meeting to receive their prize. The committee agreed to propose a program event for 2021 “Lightning talks on Latin/Greek textbooks”.

More efforts are needed to attract applicants. There was only one this year. Suggestions included bundling advertising with the NLE/NGE mailings, taking out ads in the ACL program and Classical Outlook, and using the state legates more effectively to promote this opportunity.

There were no applicants for this award this year. Pending approval from the Koenen committee, non-SCS applicants should be made eligible to receive this award. (They are not explicitly excluded, since it is stated that "untenured faculty" are able to apply and that applies to anyone tenure-track or not. However, we do not explicitly state contingent faculty as a category.) It was agreed that the value of the fellowship (up to $2400.00) was sufficient for its purposes, as most awards fall in the $600.00-$1800.00 range. It should be made clearer that contingent faculty are eligible for this award. Efforts should be made to publicize it better, including reaching out to institutions with significant collections of papyri to learn about possible programming, and writing to department heads to encourage their graduate students/contingent faculty to apply. Finally, it would be useful to compile a list of suitable programs as examples (such as the American Society for Papyrologists Summer School), to post to the web site.

Various issues (such as difficulties in choosing between applicants with extremely strong records vs. applicants whose lives would be more dramatically changed by the fellowship, its role in fostering diversity in the field, limitation to language study, vs. history/archaeology, and the need to advertise it better in Canada, which has never provided an applicant) may be best referred to an Ad Hoc Committee on Prizes, the recommendation of the Board of Directors. It should be noted that David Ratzan maintains a Google folder with a calendar and templates for  various documents. He has been sending three emails annually to all department chairs. These materials should be passed on to the next committee chair.

In 2019 the Graduate Student Committee pursued a number of different projects. Firstly, it laid the groundwork for an international network of graduate student liaisons from all graduate degree-granting departments in the US and Canada. It ended the year with liaisons from just under 35 departments, and we aim to identify over 100 liaisons in the coming year. It also aims to formalize the graduate student liaison network, perhaps creating a graduate student caucus with its own internal organizational structure. After its meeting at the Annual Meeting January, the Committee appointed two Liaisons, Stephanie Savage and Meredith Millar, both at NYU, to help the Committee meet its goals with this project in 2020.

Beyond this, much of the Committee’s work was directed at programing at the Annual Meeting. In D.C., it organized three successful events, each sponsored generously by the Board of Directors. First, it organized what it hopes to be the first annual Graduate Student Caucus Meeting, where graduate student attendees of the SCS can hold a plenary meeting to discuss Classics graduate student affairs with the Graduate Student Committee. This year the Cacus Meeting was attended by about 25 graduate students, and the committee is confident this number will continue to grow in the future. After this meeting the Committee hosted a successful Reception, where it distributed all 60 drink tickets the Board funded. Finally, the Committee hosted its first panel, on Graduate Student Leadership in Classics, which was attended by about 20 graduate students and faculty. At the meeting, the Committee decided that the topic of its next panel proposal would be Classics PhD Curriculum Reform.

The goals of the Committee in 2020 will be fourfold. First, it aims to expand the Liaison Network to over 100 institutions and to formalize the structure of that Network. It also aims to organize a second panel, Cacus Meeting, and Reception at the 2021 SCS Annual Meeting, and to consider other appropriate programing for the Annual Meeting. Finally, the Committee is committed to actively supporting the effort being undertaken by the Board to develop a strategy for creating designated Board seats for graduate students, contingent faculty, and K-12 teachers. Del Maticic has proposed creating an ad hoc working group between the Graduate Student Committee, Contingent Faculty Committee, and the K-12 Committee, and is in regular communication with Hellen Cullyer about this.

Planning for 2021 Meeting in Chicago

The Board agreed that an Ad Hoc Committee, consisting of Shelly Hayley, Kirk Orman, Jennifer Sheridan Moss, and David Tandy, chaired by A. Traill as VP for Education, should be convened to consider drafting policy for the creation of new prizes, such as that proposed in honor of Eric Gruen, a prize for excellence in teaching at the graduate level, and the issue of more undergraduate prizes in general, a recommendation from the Pearson committee chair.

This is the first in a series of Reports from SCS Legates.

A full list of Legates can be found at:

I quote here the website statement about the creation of the Legates:

The Committee has recently appointed state “legates” as a resource for local classicists seeking information about SCS benefits, programs, and opportunities. They will help departments to advertise SCS programs—seminars, fellowships, awards, etc.—on their web sites and via social media, and attend local and regional meetings of our sister organizations. They will also act as a liaison to K–12 Classics programs in schools and support high school teachers in their mission. The legates are energetic, out-going, and well informed!

I hope that reading these Reports will inform SCS members about the Legates program and will inspire members to create their own opportunities for classics outreach.

The Classics Department at the University of Colorado Boulder works actively with colleagues at Colorado College and with the Colorado Classics Association (the organizational collective of elementary, middle and high school teachers of Classics in the state of Colorado) to understand and support the needs and ambitions of Classics teachers throughout the state. Colorado Classics Day is held annually in September at the request of the members of the CCA and in collaboration with Colorado’s Junior Classical League. On the day, elementary, middle and high school students from across the state who share an interest in the ancient Mediterranean world meet on the stunning Boulder campus for a morning of workshops run by faculty members and graduate students of the Boulder Classics Department. The 2019 offerings included ‘Women Writers of Ancient Rome’, hosted by PhD candidate Sam Hahn; ‘Roman Law: Worst. Haircut. Ever’, hosted by Dr. Zach Herz; ‘Greek mystery cults’, hosted by MA student Sierra Schiano;  ‘Death, disease and violence in ancient Rome’, hosted by Dr. Erin Baxter; ‘Life as a Gladiator’, hosted by Dr. Isabel Köster; ‘Greek in a Day’, hosted by Dr. John Gibert; a workshop on Roman coins at the university’s art museum, co-hosted by Dr. Diane Conlin and museum staff; and more. The full program is available here. Students are invited to come in costume, and prizes for the best costumes are awarded during the lunch hour, by a committee constituted of members of the department’s undergraduate Classics Club. In the afternoon, CO JCL host games: Certamen; Psyche’s Task; Deucalion and Pyrrha’s Throw; Laocoon’s Javelin; and Versipellis. Collaboration with the CCA continues throughout the year, as members of the department serve as CCA officers and attend CCA meetings. This offers the possibility of exchanging perspectives, collaborating on projects, not to mention simply offering mutual support. Students who have a view to entering the teaching profession often attend these meetings and start to form contacts with possible future colleagues. Members of the department also are given the opportunity to remain aware of the outstanding work done by their colleagues in primary and secondary education. We are especially delighted that this year Amy Rosevear of Cherry Creek High School in Denver and former co-president of the CCA won the SCS Precollegiate Teaching Award!