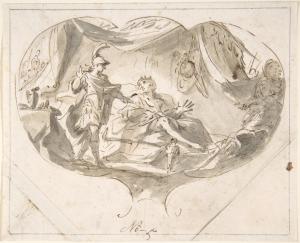 Jacoby Online is a monumental resource encompassing several separate projects, all of them related to Die Fragmente der griechischen Historiker (FGrH) of Felix Jacoby (1876–1959). The original reference work aimed to collect, edit, and comment on all the known testimonies[1] and fragments of ancient Greek historians whose works survive incomplete. At the time of his death, Jacoby had produced fifteen print volumes covering 856 historians, distributed among three of five proposed areas: (I) genealogy and mythography, (II) history (Zeitgeschichte), and (III) local history (Horographie) and ethnography. Work resumed in 1991 under a team of European scholars on two remaining areas, which were planned but never completed by Jacoby: (IV) biography and antiquarian literature (of which three out of a proposed 27 volumes have now been published in print); and (V) historical geography (a work in progress to be completed in 2019 and eventually to be published in print).

In addition, in 2005, Ian Worthington announced a new online edition of FGrH I–III that was to feature updated Greek texts, facing English-language translations, new commentaries, and a biographical essay on each ancient author. This project, called Brill’s New Jacoby (BNJ), initially had 13 assistant editors and 107 scholars from 16 countries. As of November 2017, the great majority of the 856 historians comprising FGrH I–III have been treated, including the last 248 historians of vol. III that were left uncommented on by Jacoby. Finally, there is also a Brill’s New Jacoby, Second Edition, begun in 2016 and scheduled for completion in 2026. BNJ2 features revised commentaries on ancient historians by the same scholars as well as updated bibliographies. So far 63 entries have appeared.

Jacoby Online thus comprises five projects total—BNJ, BNJ2, FGrH I–III, FGrH IV, and FGrH V—available via outright purchase or annual subscription. Thanks to the expansiveness afforded by the internet, a truly staggering amount of excellent scholarship is contained therein. Many of the scholars involved have produced what are effectively stand-alone books on their subjects. For example, a simple copy-and-paste job of Victor Parker’s entry for Ephoros (BNJ 70) into a blank word document yields a text of 399 pages and over 168,000 words. The length befits a historian of whose work 239 fragments survive. On the other hand, Jan Bollansée’s entry for Hermippos of Smyrna (FGrH IV 1026) is nearly 45% longer, at 578 pages, for an author with fewer than half as many surviving fragments (92). Bollansée’s entry is a learned and important study of its subject, but potential users should be aware that they will often have to navigate very long discussions of exiguous fragments (a process mitigated somewhat by in-browser text search). The scholars involved in all of the projects are to be commended in the highest terms for producing consistently impressive, reliable, and up-to-date entries that are appropriately sensitive both to historiographical issues (many of them traceable to Jacoby) and to contemporary debates in ancient history.

In terms of navigation, the site is straightforward. The homepage features a search bar with a drop-down menu that allows readers to search within all of Jacoby Online or within separate titles. Searches can be filtered by publication date and by title, and results are supposed to be sortable by “relevance” and by newest and oldest published titles. However, in three random searches (for “oligarchy,” “sacrifice,” and “Themistokles”) I could discern no rhyme or reason to the order of the search results.

When browsing within the different titles, the historians’ entries can be arranged alphabetically, by number, or (in the case of BNJ and BNJ2) by publication year, using tabs at the top of the list. The reader can also pull up a complete list of an individual scholar’s entries by clicking on his or her name. All readers, but especially newcomers to the world of FGrH, will benefit from the essays on Jacoby and on FGrH by Mortimer Chambers contained under the “Prelims” tab within FGrH I–III.

As an example of an individual entry we can use Edwin Carawan’s 2007 contribution on Krateros the Macedonian (BNJ 342). The entry contains initial metadata about the historian, including in Krateros’s case his date (“3rd century BC,” hyperlinked to a list of comparable historians) and his historical focus. Each testimony (“T”) and fragment (“F”) also features initial metadata, including the source author that provides the quotation or paraphrase. Proper names are hyperlinked, and Carawan’s entry, like most others, contains numerous helpful cross-references, both within-text and between entries in BNJ.

Krateros is one author for whom a revised entry has been prepared for BNJ2. Carawan’s second iteration, from 2017, is about 22% longer than the first. Here a few small kinks remain to be worked out: BNJ 342 T 1a now has as its source text “Pollux,” whereas before it had been “Pollux, Iulius (Ioulios Polydeukes).” The newer label links to one entry only (Carawan’s own), while the older label links to 61 results. Presumably all of the metadata terms will eventually be regularized. Carawan’s new entry contains a useful epilogue discussing recent scholarly interest in the documents quoted in the first oration of Andokides. Clearly as work continues the entries in BNJ2 will serve not only as general points of reference but also as interventions in current debates, much like journal articles. Historians should take note.

In a project like BNJ with so many participants, where over a hundred different scholars are often taking stands on the opinions of Felix Jacoby, there are bound to be instances of disagreement and/or scholars talking past one another. Fortunately, this is kept to a minimum, although we may note some redundancies, such as the fact that there are two commentaries on Neanthes of Kyzikos, one from 2013 by Jan P. Stronk for BNJ 171 and another from 2014 by Christopher Baron for BNJ 84. This being the internet, we can afford to have two such commentaries (and welcome them). Readers should be aware, however, that Stronk and Baron disagree on the identity of Neanthes, though no editorial comment explicitly acknowledges this disagreement or adjudicates between their views. Thus, unlike Jacoby’s original FGrH, BNJ has no streamlined, consistent “version” of the fragmentary historians.

Speaking of FGrH I–III, the experience of utilizing the online version of this work is seriously marred by formatting issues. Seemingly every entry contains typographical errors resulting from transferal of the text from original to digital. The most common type of error is run-on words (e.g. “Demonultimately” in the commentary to Philochoros FGrH 328 F 10), which are found in both the English and the Greek. Luckily this does not affect searches, but scholars should be wary of relying on the Greek text and should consult alternatives. This is all the more unfortunate when one thinks of how otherwise convenient it is to have Jacoby’s towering intelligence collected in one place, rather than spread out over three physical book volumes (text, commentary, and copious notes).

We should have every confidence that these issues will be addressed. In the meantime, Jacoby Online is an incredible resource, invaluable not only for ancient historians, but also for researchers working in all areas of antiquity. It is a testament to Jacoby’s enduring brilliance that his magnum opus continues to inspire so much good work in so many scholars across the world.

[1] A "Testimony" in the FGrH system is a mention of the historian's life, career, or system of organizing their text(s), as opposed to an actual fragment or paraphrase of the content of their work.

Matt Simonton is Assistant Professor of History at Arizona State University. His research focuses on ancient Greek political institutions, social conflict, and constitutional history. He can be reached at Matt.Simonton@asu.edu.

07/01/2022
Blog: Ancient Worlds, Modern Communities: Contemporary Responses to Greek Myth and Tragedy through Drama, Film, and Visual Art
The Ancient Worlds, Modern Communities initiative (AnWoMoCo), launched by the SCS in 2019 as the Classics...
06/29/2022
Blog: “Deeply rooted in history”: Teaching abortion ancient and modern in a post-Roe v. Wade world
With weary hearts, we consider with you what Classics can do in the face of Dobbs v. Jackson Women’s Health...
06/27/2022
Blog: Teaching in a Time of Anti-Asian Violence: Reflections on Asian & Asian American Experiences in Classical Studies, Part 1
This two-part series reflects upon AAPI experiences in Classical Studies. Part 1 is catalyzed by the author’s...
06/25/2022
Blog: Roe v. Wade, the GOP, and echoes of Augustus: Reproducing fascism
I guess I should say “thank you.” Gratias vobis ago. Thank you to the Republican Party’s long game, a partisan...
06/20/2022
Blog: Paternalism and the “Good Slave” in the Speech for Phormion and the Legacies of Slavery
In a discussion of the concept of the “good slave” in her book Reconstructing the Slave: The Image of the Slave in...
END_OF_DOCUMENT_TOKEN_TO_BE_REPLACED