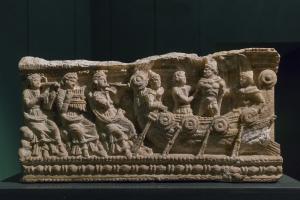 While ancient Greece and Rome can feel distant to some, and their study can seem disconnected from the urgency and pace of life today, many Classicists are developing new ways of exploring powerful connections between past and present. On the one hand, new technologies and cultural movements can create opportunities for bringing the past to life. On the other, when ancient texts are studied from new angles, they can shed remarkably fresh light on tough contemporary problems. This post discusses a variety of online projects that blend the contemporary with the ancient, combining our experience of the one to better understand the other: a series of workshops and public talks on how to use video games as educational tools; a public-facing conference on cathartic history that reevaluates the role of personal emotions in the study of the past; and a table reading and discussion of the Oresteia with an emphasis on social justice.

Realizing the rich possibilities for connecting with students through the medium of games, this spring, Britta Ager, Assistant Professor of Classics at Arizona State University, is planning Greece and Rome Through Video Games, a series of online lectures and events dealing with Classics and gaming. The programming, which intends to appeal to gamers of all levels and ages, both students and faculty, will include the following: a panel discussing classically-inspired games, their treatment of Graeco-Roman antiquity, and the features that make them appealing to gamers; a discussion on the educational value of games in and out of the classroom, with a focus on Assassin’s Creed: Odyssey; and an online streaming and commentary of the recent game Immortals Fenyx Rising, followed by a discussion on mythological games.

A gamer herself, Ager has been excited to witness a new generation of classicists treating video games as an art form and a component of pop culture worthy of study. She believes that incorporating video games in the study of Graeco-Roman antiquity will be particularly useful and is eager to produce a toolkit for educators interested in using games pedagogically. Ager explains her vision further:

So many of our students first encounter the ancient world through games and have tremendous enthusiasm for it, which we can harness. Students who find Thucydides a tough sell may find the same history fascinating as they experience it through Assassin’s Creed: Odyssey. I think that this feels especially urgent this year — with the distance that even great remote classes impose, a game set in Greece or Rome gives you a rich, immersive experience of the past to sink into, where, in another year, we might have taken students to a museum or done a hands-on class activity. I think that appreciating classical history and classical texts, and the viewpoint of the people in them, is a skill that needs to be actively learned, and following a character through a game — sympathizing with them, deciding their actions, experiencing their world — has great potential for teaching students to do that. 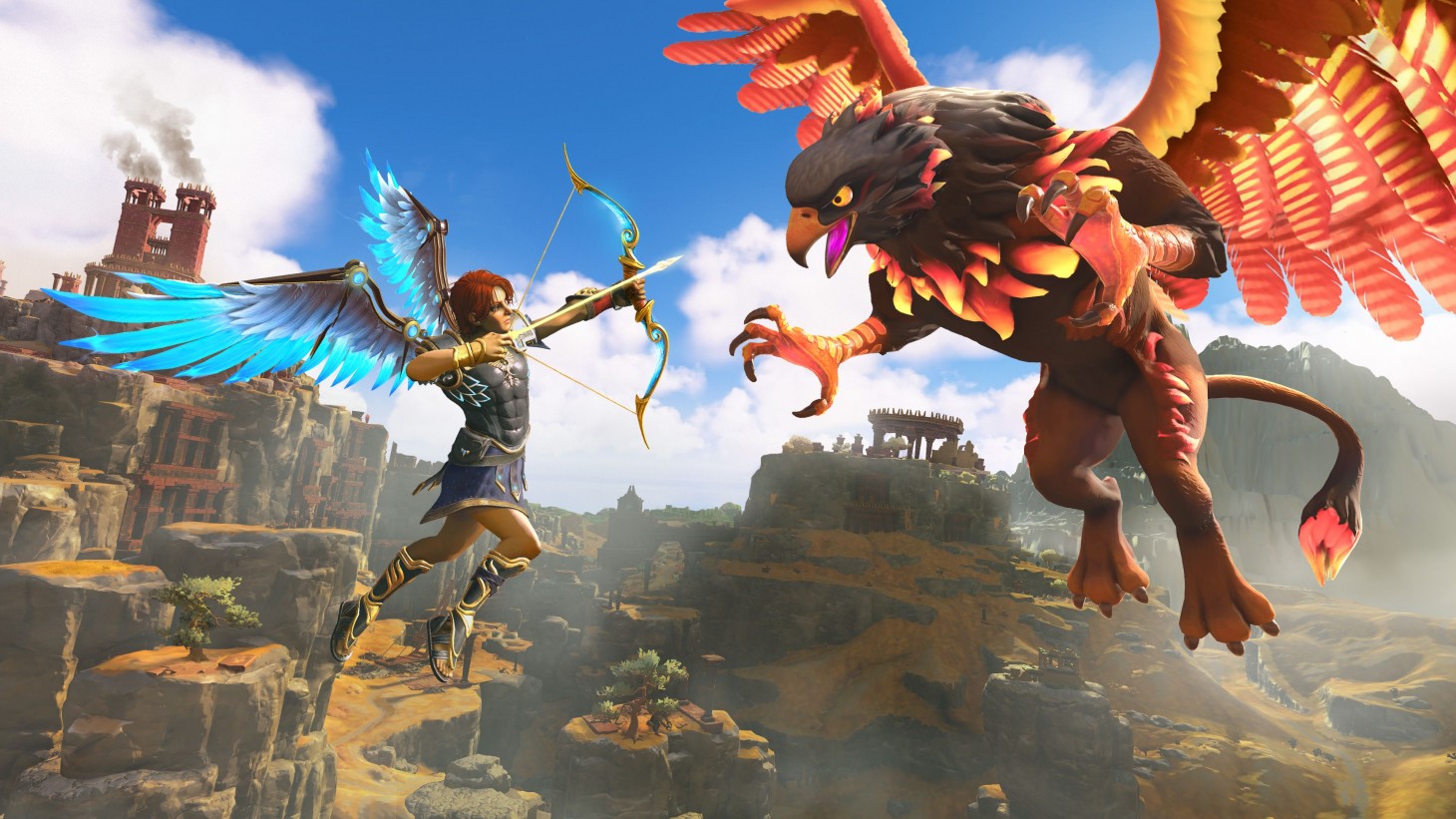 Julie Levy, an independent academic who recently left her Ph.D. program in protest over the institutional treatment of graduate students, is one of the presenters in the panel on classically inspired video games. She comments on the importance of trying to understand the students’ perspective:

If we are to study reception of classics, to really speak to students where they live, video games and other forms of pop reception are vital to our study. Video games, in particular, give students an opportunity to inhabit and really understand the world they study through immersion. A student can now live Thucydides' war tactics or the Orphic myths — how could we not capitalize on that potential?

Alexander Vandewalle, a joint Ph.D. candidate at the University of Antwerp and Ghent University in Belgium working on the reception of characters from classical mythology in video games, is also collaborating with Ager and will serve as a respondent for the streaming of Fenyx Rising. He recently launched Paizomen, a regularly updated online database currently containing information on 259 games, and explains his fascination with the medium:

Playing video games has become a powerful way of engaging with classical mythology. Games like Immortals Fenyx Rising or Hades reach thousands of players and influence how these players think about the ancient stories. It is important to know what the medium offers the reception of mythology, as well as to grasp the kind of information that is provided to players as they almost literally enter the world of myth.

Anyone interested in joining the programming on video games can email Britta Ager at britta.ager@gmail.com.

Ancient Worlds, Modern Communities has supported another project that invites the personal into the study of antiquity: a virtual, public-facing conference on cathartic history. Cathartic history is a new approach to history that uses Aristotelian catharsis as a lens through which to assess the role of emotion in the production of historiography. The conference, which took place in February 2021, opened with a community-oriented public lecture on Aristotle's Poetics. It featured talks and a roundtable by scholars interested in making academic topics accessible for the public. Nadya Williams, Associate Professor of History at the University of West Georgia, organized the conference with the hope of engaging participants in the question of how the past can be processed in a personal, relevant, and ethically responsible framework. Williams says:

The topic of the conference is particularly timely in this age where the value of the Classics is questioned, as the conference aims to bring to the fore the relevance of examining the past for processing the present. Historians often encounter deeply emotional subjects in their sources — narratives of war and violence, violations of justice and human dignity, and stories of unspeakable suffering that real people in the past have experienced. And yet, these stories often have felt repercussions in the present. Is the emotion that a historian feels in studying such subjects distracting, or is it a means to discover truth? The modern historical profession, from Humboldt on, has largely embraced objectivity over personal emotional response. Nevertheless, the work of a number of recent Classicists and historians, who have used their own emotions to productively study the past and connect it to the present, shows that emotion does not have to be the enemy of truth. Cathartic history bridges the study of the past with our experience of the present in a way that no other lens of historical inquiry has yet achieved.

Following the conference, Williams intends to work with participants in order to publish an open-resource multimedia project, with many educational resources drawn from the conference. In this way, the conference proceedings can reach a much broader community.

The Ancient Worlds, Modern Communities initiative has also been supporting community Homerathons. These events — which often last 24 hours, as a Homeric poem is read in its entirety — typically draw a wide range of participants from local communities. The gathering of dramatic readers and enthusiastic listeners provides an opportunity for community bonding, not only around the timeless themes of the Homeric poems, but also around current political and social issues.

Krishni Burns, Lecturer of Latin at the University of Illinois Chicago (UIC), had been planning such a Homerathon in Chicago for spring 2020 — an event which, like so many others, had to be canceled due to the pandemic. In its place, and inspired by recent movements against police corruption and social justice, Burns and her dedicated UIC Classics students organized NonHomerathon: ORESTEIA, a series of virtual table readings of Ian Johnston’s translation of Aeschylus’ Oresteia, with an emphasis on issues of social justice. The readings took place in February 2021; at the end of each play, scholars and activists from UIC and Valparaiso University gave talkbacks related to the nature of justice: the responsibility of a democratic state, the role of retribution in the modern justice system, and the need for transformative justice in today's America. For Burns, these are crucial topics for discussion as the U.S. strives “to reach a fair system of justice that supports all members of our community.”

Grace Li ’21, the student leader for NonHomerathon: ORESTEIA, spoke to the value of using Oresteia in such a context:

The Oresteia is a beautiful piece of literature, in that it not only gives us an insight into the human experience of injustice and corresponding desire for revenge, but also teaches us about how the violence that is natural to human communities can arise and is contained within a political society. 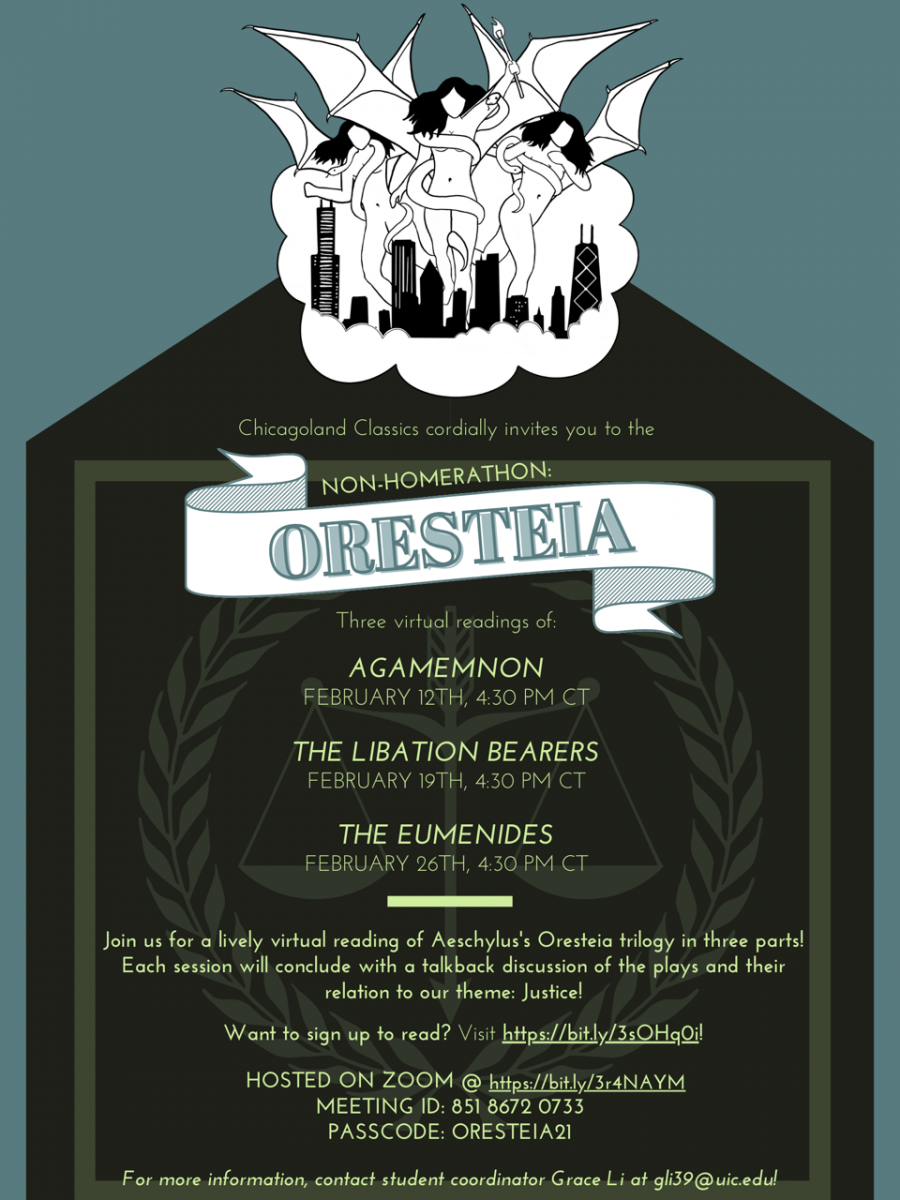 These projects use creative and critical approaches to communicate with their audiences and encourage them to examine their interests, emotions, and values while learning about antiquity and ancient cultures. Students are often fascinated to realize how the study of the ancient world can facilitate their understanding of various aspects of contemporary life — from literature and art to politics and pop culture. In turn, making personal experiences part of the study of the ancient world can be eye-opening.

The next round of applications for Ancient Worlds, Modern Communities grants is due May 14, 2021. Apply here.

04/13/2022
Blog: Two Years Later: “Classics” after Coronavirus?
In an April 2020 post for Eidolon, I gathered predictions on “classics after coronavirus.” Two years later, it’s...
04/08/2022
Blog: Ancient Worlds, Modern Communities: Increasing Accessibility for the Study of the Ancient World
The Ancient Worlds, Modern Communities initiative (AnWoMoCo), launched by the SCS in 2019 as the Classics...
03/21/2022
Blog: I Love You, I Hate You: A Student’s Perspective on Learning Latin
I have always enjoyed Latin class because it felt like a puzzle, much like math. Find the verb, find the noun that...
03/18/2022
Blog: Power to Punish and Authority to Forgive: Imperial State and Imprisonment in 4th-Century Antioch
Research ideas often develop out of chance encounters or unplanned circumstances. My dissertation project was born...
03/14/2022
Blog: Sampling Epic in Kendrick Lamar’s “Mortal Man”
Because it’s spirits, we ain’t even really rappin’ We just letting our dead homies tell stories for us....
END_OF_DOCUMENT_TOKEN_TO_BE_REPLACED