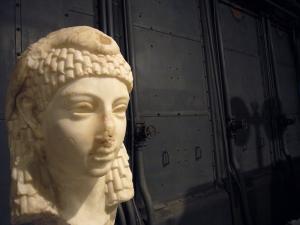 For the most part, big budget Hollywood productions on the life of Cleopatra have cast actresses that conform to a certain archetype: Elizabeth Taylor, Vivienne Leigh, Claudette Colbert, Theda Bara were all ‘seductress’ types. Their curvy figures emphasized by dazzling fashion, their dark hair intended to represent their more salacious sexuality vs the casting of blond ‘innocence’. Their pale white skin represented the Eurocentric ideal beauty standards for women promoted throughout the beauty and entertainment industries. Although the lavish sets and costumes were intended to evoke an exotic or Orientalist context, the actresses, buttressed by scholarly insistence on Cleopatra’s ‘Whiteness’ (as a Macedonian Greek, as a North African Egyptian), were cast from the same Anglophone European-American mold. 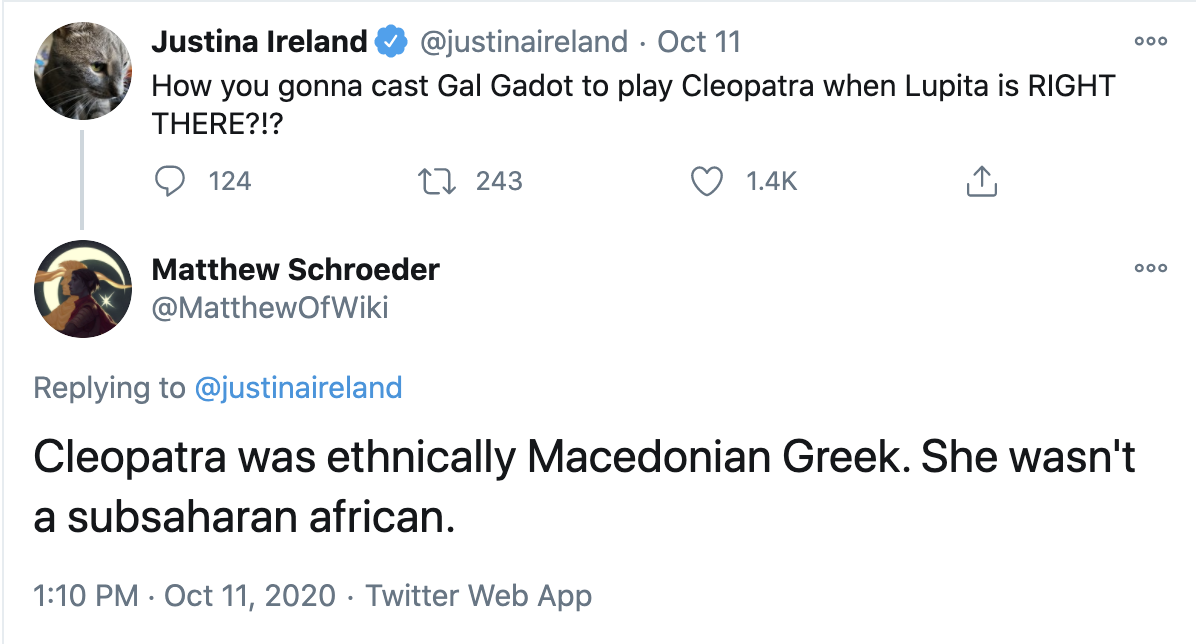 Figure 1: Debate over the ethnicity of Cleopatra on Twitter.

For all Cleopatra’s asserted Greekness, no Greek or even Mediterranean actresses have ever been cast in a Hollywood film production, despite the attempts of some writers to assert the non-Whiteness of Ashkenazi Jews. The Italian actress Sophia Loren, perhaps one of the most ‘exotic’ of the bombshell era, who played Cleopatra in an Italian comedy, was considered for the role that eventually went to Taylor--the closest Hollywood has come to a “Mediterranean” Cleopatra.

Does this signal a tradition of ‘whitewashing’ Cleopatra? Maybe. What it surely indicates is that Hollywood has a specific image of Cleopatra that is rooted back in early type-casting mapped onto Euro-American standards for beauty that have their origins likely in Orientalist paintings and artistic representations of the type both Gadot and Kalogridis used in their announcements. Also, of course, it denotes an elision of “Macedonian Greek” and “ancient Egyptian” into ‘White.” Where we have seen castings of Cleopatra in Hollywood-adjacent or non-Hollywood English-language productions outside of this dynamic are in television. In the 1999 miniseries Cleopatra, the French-Chilean actress Lenor Varela was cast to little controversy. She was hailed instead as a “New Age Cleopatra.”

In the series, Xena: Warrior Princess, Afro-Cuban-American actress Gina Torres was cast for a single episode as the Egyptian queen. This Black Cleopatra hardly made a blip of controversy, perhaps because the show was somewhat niche. But we may wonder whether the existence of Twitter would have changed that. Two seasons later, when Xena returns to Egypt, Cleopatra, this time played by White actress Josephine Davison, is killed and Lawless’s Xena takes her place. It is Xena as Cleopatra, not Cleopatra herself, who has the love affair with Marc Antony. Some might (rightly) call this turn of events a whitewash within the show itself. In no case, however, was there an attempt made to cast a historically ‘accurate’ Cleopatra, and Lawless herself fits the physical type of the Hollywood Cleopatra.

Within the context of Hollywood film productions, then, Gal Gadot (like the much discussed possible-Cleopatra Angelina Jolie), fits the standard physical type, but she breaks that type by ostensibly being from a Mediterranean country (Israel) and having, like Loren, an ‘authentic’ accented English (unlike Jolie). But it is Gadot’s claim to Mediterraneanness that is part of the debate. Because it is precisely the question of the status of Israel and Ashkenazi Jews as white settler-colonizers of a Mediterranean landscape that situates Gadot’s Cleopatra. For some, her casting is an assertion of modern claims to ancient landscapes that mirror the Israeli settlements in Palenstinian territories. This side of the controversy is often misunderstood or even ignored in US-European social media and entertainment journalism. In Egypt, however, it matters.

On the other side [of the Eurocentric planet], Egyptian and Arabic Twitter received the news Gadot’s Cleopatra with sarcasm, anger and, also at times, humour.

Nouryanour tweeted:  “People are all annoyed that how come they let an Israeli actress play the role of Cleopatra on the grounds that Cleopatra was from al-Ghouria [downtown Cairo i.e. indigenous Egyptian ], not from the offspring of a conqueror who invaded Egypt too” (U. Gad transl.).

To which @Emadpop replied: Is it necessary that we have to let one of the same lineage [of conquerors] to play the role [of an invader]? Then, in Islamic [historical] films, we have to bring actors from the Gulf to play the role of the infidels of Quraysh! (U. Gad transl.)

Some thought an Egyptian actress would have been a better choice. This was the case of Damascus-based Facebook user Asaad Aoun, who wrote on facebook: “[This is] Ruby when she saw the announcement”

Salma Mostafa, posted a picture of a cat crying, which she captioned: “Sawsan Badr [an actress nicknamed the Nefertiti of Egyptian cinema]: I want to tell the producer something, please! Don’t you like my face?” (U. Gad transl.)

Some, like Ahmed Fawzy and Kholoud Mohamed (who also would want Sawsan Badr to replace Gadot), joked that the movie will actually be about the famous Egyptian cigarette brand Cleopatra. Kholoud wrote “This will definitely be about Cleopatra Lux [the cigarette brand]! Why didn’t Sawasn Badr take the role?” (U. Gad transl.)

If we leave the jokes aside, we can see that Cleopatra has been an important cultural reference in Egyptian/Arabic pop culture for a long time. Local Egyptian work based on her life has included a  literary work, plays (see notably here), a song by legendary Egyptian composer, singer and actor Mohamed Abdel Wahab, and a 1943 movie.

The last large-scale production dedicated to the queen is a TV series that was aired two months before the outbreak of the so-called Arab Spring. Called Cleopatra, it started in late August of 2010 and continued for 30 episodes, totaling more than 22 hours. The series was a joint Egyptian-Syrian production with a team staffed from the two countries. Syrian actress Sulaf Fawakherji (pictured below) played Cleopatra VII, and Egyptians Yousuf Shaaban and Muḥyī Ismāʻīl played respectively her father, Ptolemy XII Aueletes, and Julius Caesar. The whole series is now available in Youtube (unfortunately without English subtitles--perhaps an enticement for those who have learned, or plan to learn, Classical Arabic).

Egypt is to Arabic-speaking entertainment what Bollywood, Nollywood and Hollywood are to South Asian, West African, and English-speaking cinema. Accordingly, Arabic movies and songs are traditionally written in Egyptian, a colloquial form of Arabic that is commonly understood throughout the Arabic speaking world. However, that was not the case with the series Cleopatra. Rather, it was shot using Classical Arabic, a form of Arabic that is not spoken on the streets, but typically used in printed media and in news channels. The Egyptian population counts more than 100 million now, and soap operas--especially historical ones-- are extremely popular in the country.  Because it was shot in Classical Arabic, the series was not popular among the Egypian audience. How can we understand this choice?

The decision to not use Egyptian Arabic stems from the fact that Cleopatra was not made by nor for Egyptian audiences, despite being a joint Egpytian-Syrian production. The script writers and main actress are Syrian and it was actually funded by the Rotana Group, a Saudi media conglomerate owned by Prince Al-Waleed bin Talal, which is the largest entertainment group in the Arab world. Cleopatra was produced by Rotana Khalijiah, a TV channel airing primarily in the Gulf countries. The Saudi production was an appropriative project, closely tied to hegemonic agendas in the region. In the same way, many Egyptians see the Gadot Cleopatra as an Israeli-American appropriation of Egyptian culture.

Although undisputedly an Egyptian queen, Cleopatra is almost never played by an Egyptian, not even in Egypt. Instead, she is forever a pawn and a figment of the changing dynamics of colonial and nationalist politics.

No Neutral Casting is Possible

Gadot’s Cleopatra has been announced in a context where both Saudi Arabia and Israel are working towards regional leadership and are seen to be regularly laundering their international images through popular entertainments while normalizing their relationship with each other. Between these two productions, the Arab Spring took place, leading to civil war in Syria, Libya and Yemen. Meanwhile, on the international stage, political performances of populism, fascism, islamophobia, and anti-Blackness have risen sharply, including in the United State. What can we make of this regarding the geopolitical significance of Cleopatra?

No matter whose voice has been given to Cleopatra VII over the past two millennia, none of these are hers. The popular, imagined, fantasized Cleopatra is but a mirror, whose beauty is in the eyes of the beholder. Cleopatra VII is an icon in the literal sense of the word, a ventriloquized image that is periodically animated so as to embody a wide array of self-making narratives. What Cleopatra VII was, her own stories, are mostly lost to us. The ancient narratives we have are for the most part rooted in Octavian’s misogynistic and proto-Orientalist propaganda. But at the end of the day, none of this matters. What matters is that the--misogynistic, feminist, Orientalizing, nationalist, colonial, touching, harmful--stories told about this exceptional and multifaceted ancient female ruler are actually not about her. They are about the ways in which the storytellers view the world around them. They are about the intersection of gender, race and imperialism. They are about ‘them’, ‘you’, and ‘us’.  And who ‘them’, ‘you’ and ‘us’ are changes based on where we are located.

Figure 5: Relief of the Ptolemaic Pharaoh Cleopatra VII and her son Caesarion on the southwest side of the Temple of Dendera, Egypt (CC 3.0).

Katherine Blouin is Associate Professor in Roman History and Classics at the University of Toronto. Her work centres on the socio-economic and environmental history of Roman Egypt, as well as on the entanglements between imperialism, colonialism, Orientalism and Antiquity-related disciplines. She is a co-founder and co-editor of the blog Everyday Orientalism. 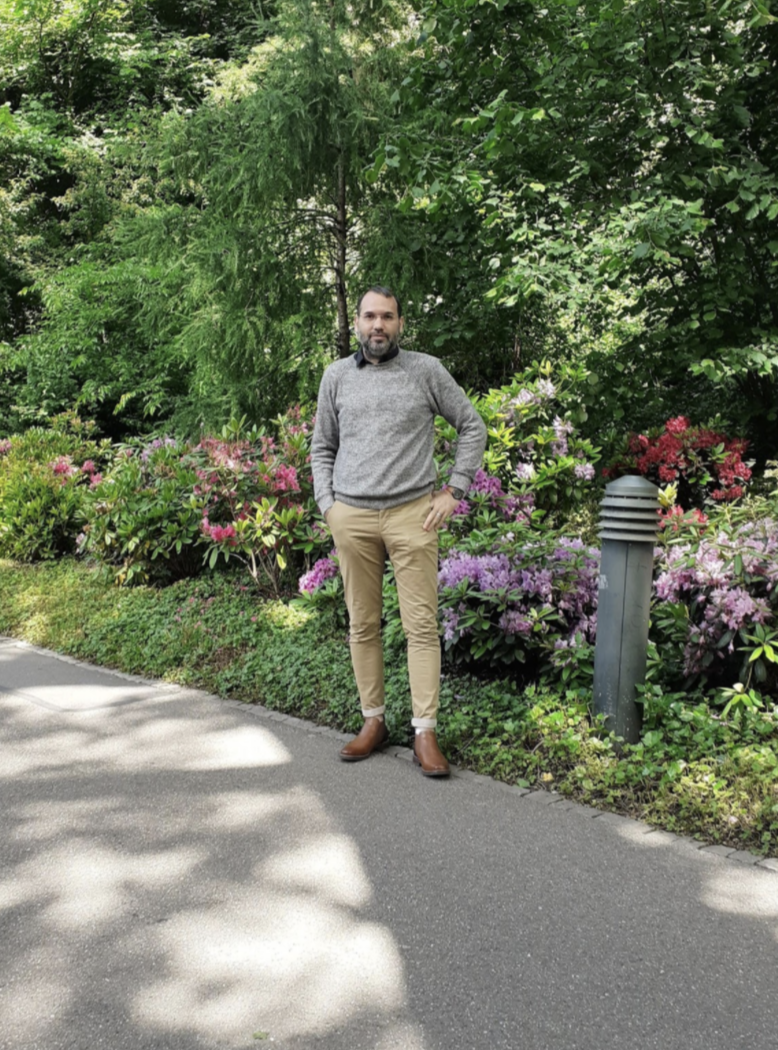 Usama Gad is an Egyptian classicist, papyrologist, and digital humanist at Ain Shams University in Cairo, Egypt. He is also a columnist in several Cairo- and London-based newspapers, active twitterist and blogger at Everyday Orientalism and Classics in Arabic. His writings, in English and Arabic, cover a wide range of topics pertaining to Egyptian classical antiquity and modernity.

Rebecca Futo Kennedy is Associate Professor of Classical Studies at Denison University. Her research and teaching areas include ancient Greek history, race, ethnicity, and gender in Greco-Roman thought, immigration and migration in the ancient Mediterrean, and the reception of ancient ideas and identities in modern white supremacism.

(Return to Part I)

04/13/2022
Blog: Two Years Later: “Classics” after Coronavirus?
In an April 2020 post for Eidolon, I gathered predictions on “classics after coronavirus.” Two years later, it’s...
04/08/2022
Blog: Ancient Worlds, Modern Communities: Increasing Accessibility for the Study of the Ancient World
The Ancient Worlds, Modern Communities initiative (AnWoMoCo), launched by the SCS in 2019 as the Classics...
03/21/2022
Blog: I Love You, I Hate You: A Student’s Perspective on Learning Latin
I have always enjoyed Latin class because it felt like a puzzle, much like math. Find the verb, find the noun that...
03/18/2022
Blog: Power to Punish and Authority to Forgive: Imperial State and Imprisonment in 4th-Century Antioch
Research ideas often develop out of chance encounters or unplanned circumstances. My dissertation project was born...
03/14/2022
Blog: Sampling Epic in Kendrick Lamar’s “Mortal Man”
Because it’s spirits, we ain’t even really rappin’ We just letting our dead homies tell stories for us....
END_OF_DOCUMENT_TOKEN_TO_BE_REPLACED