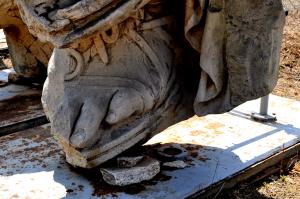 By Urmila Mohan and Courtney O’Dell-Chaib

Scholars of religion have developed a framework for exploration of interactions between religion and tangible objects called "material religion." Over the past two decades, the focus within the study of material religion has emphasised object agency, aesthetics and networks. Disseminated in part by the journal Material Religion, a materialised study of religion explores religiosity as inseparable from a matrix of components including people, divine forces, institutions, things, places and communities. However, what still remains to be unpacked is a focus on the way material religion takes place globally. That is not merely editing case studies from different parts of the world based on theory generated in the West, but trying to see how vectors of bodies, affect, objects and ecologies might generate new theoretical approaches and data based on close cultural or ethnographic analyses.

These concerns were in part what led to the creation of The Jugaad Project: Material Religion in Context, an open-access, global facing, web publication located at: www.thejugaadproject.pub. Founded in 2014, this site was initially called the Material Religions Blog, but we have since expanded and renamed it as Jugaad with an enhanced vision and design. As our website indicates, Jugaad (or जुगाड़ as it is known in Hindi) is “an innovative solution that bends the rules or the use of a quotidian idea/object in a new way”. This term is not restricted to South Asia but can also be found in Arabic with a similar connotation of improvisation or hacking. Similarly, we hope that we can find other comparable ideas and approaches to knowledge-making from other parts of the world. 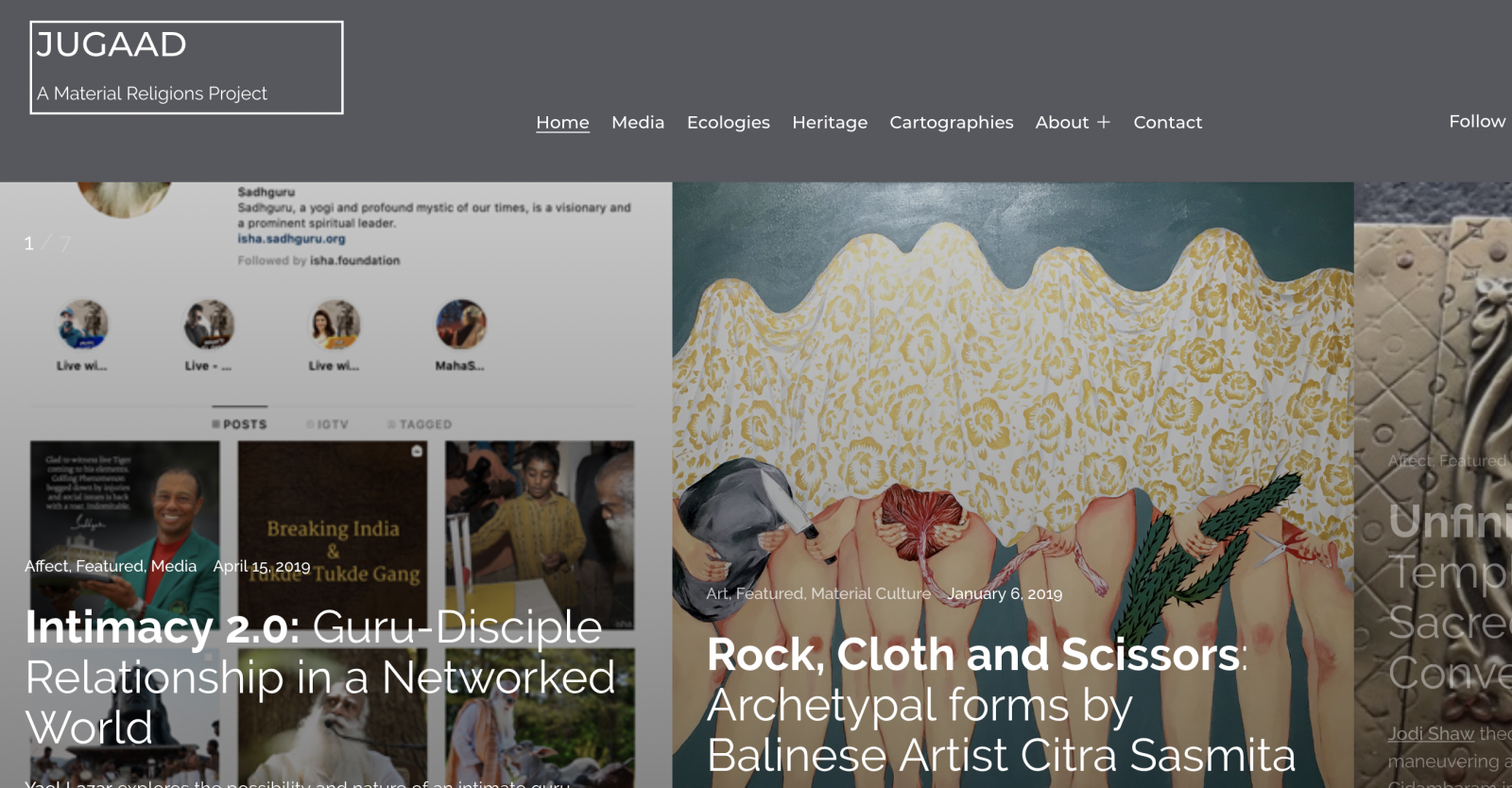 Figure 1: Screenshot of the homepage for Jugaad: A Material Religions Project.

Although the site inhabits a digital space, we anchor it in the tangible realm by focusing on ‘material religion’ or ‘lived religion’. The study of religion (broadly defined) has been opened up to authors and artists from fields such as material and visual culture, media studies, art history, affect studies, and of course, religious studies. 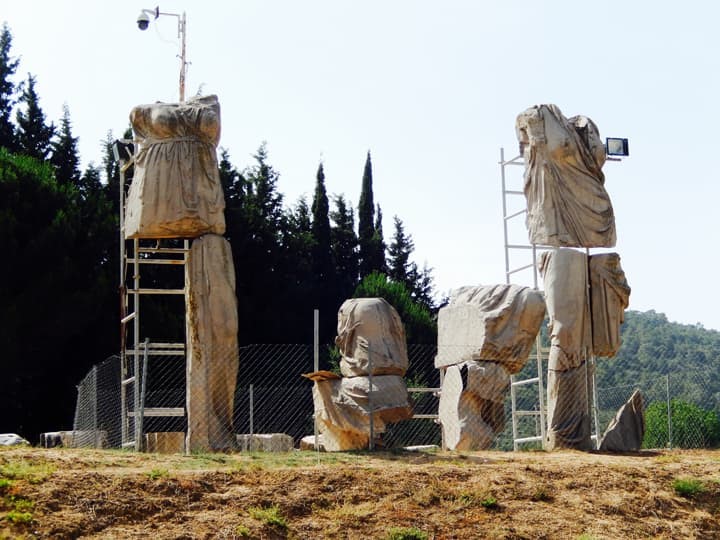 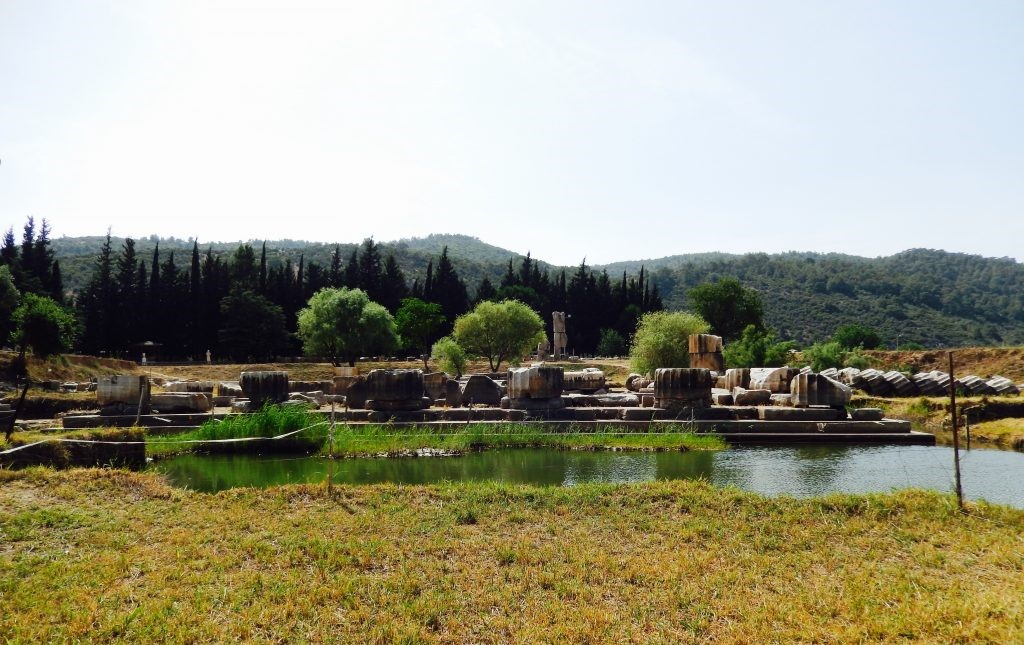 Classical studies has a great deal to do with the idea of material or lived religion. In a post by Jaimie Gunderson, a doctoral candidate in Religious Studies at The University of Texas at Austin, she assessed the interplay between bodily experiences and the competing “sensual paradigms” at the Sanctuary of Apollo at Klaros, Greece, featuring categories of the built/natural, ordered/unordered, and dark/light. Gunderson explores the “medium of aesthetic experience” where “atmosphere” emerges by relating environmental qualities and human states. She demonstrates how both people and the environment act upon each other. The landscape’s materiality as a sacred site involves the “material” of bodies and a myriad matters and formations (stone, mountains, springs, groves, caves).

As a method, the use of affective perception helps today’s visitors and scholars to use their bodies as means of gaining sensory knowledge, and in the process, rediscovering how someone may have encountered Apollo in the ancient past. With this approach, we can experience descending into a cave or grotto and the attendant feelings of anxiety and uncertainty which would have helped generate “desire” for revelation at this oracular site. Scholars of that period may already be familiar with the many classical sources and texts that Gunderson cites but her use of an affective, “corpothetic” (Chris Pinney 2004) approach also resonates with anthropologists of religion and religious/cultural studies researchers within a material religion frame. Such a landscape could be easily perceived as “the extended body of the human, in touch and in sync with the naturally and architecturally embodied god.”

While multisensory approaches may seem familiar to scholars of reception studies, the Jugaad platform places Gunderson’s piece in an assemblage of various kinds of experimental approaches and content aimed at expanding definitions of the word “religion.” These works collectively go beyond conventional boundaries of what is considered religious studies, anthropology, history, politics, gender or race studies in an effort to create the field of “religion” as a network of approaches. For instance, articles on “toxic ecologies” from Russia and the US employ very different approaches to materialism and religion and in dialog with Gunderson’s piece, raise different questions about the phenomenological use of ‘landscape’. When juxtaposed with the way embodiment is invoked across a digital Zen community and an African ritual of basket divination religious or spiritual themes emerge in different ways. Writings on Western CrossFit sports culture and sanitation programs in India may at first have little to do with our preconceptions of the ‘religious’ or indeed with each other. By maintaining a big tent approach as well as focusing on affect, aesthetics, embodiment and praxis in global contexts, we have discovered pathways that allow us, our contributors and our readers, to engage with substantial themes, such as media, ecologies and heritage, among others.

What sets us apart from other approaches to material religion is our commitment to encouraging our authors and artists (and one another as editors as we shape the growing platform) to use Jugaad as a space to challenge lingering conceptions of “material” and “materiality” that are separated from daily lived experience as humans in all our capacities and limitations. We resist notions of objects or archaeological remains divorced from evolving corporeal practice, biology, and politics. We do this by encouraging our contributors to think about where and when (or not) material religions is in conversation with other materiality discourses like material feminisms, new materialisms, and affect studies. We take the “stuff” of bodies and natures, both human and nonhuman, seriously by thinking about how materiality resists being pinned down by language or representation by blurring the lines between nature/culture, human/nonhuman, sacred/secular, etc. Furthermore, in one of the driving forces of our redesign, we encourage our authors and artists to think deeply about their own materiality in relation to their “objects” of study. How do race, gender, sexuality, nation, etc., intersect with and shape material religions? What, for example, might political material religion look like?

Header Image: A detail of the colossal foot of the statue of Apollo at Claros. The statue was located in the cella of the temple of Apollo, a 4th century Doric structure featuring a peripteros of 46x26 m and 11x6 columns (via Flickr under a CC-BY-SA 2.0).

Urmila Mohan is an anthropologist and curator of material culture and religion with a focus on textiles and Hinduism in India and Indonesia. She is the co-founder and editor of Jugaad (formerly the Material Religions blog) and has published articles and chapters on materiality, praxis and aesthetics in the context of religion. Urmila earned her doctorate in Anthropology (material and visual culture) at University College London where she is also a Research Associate. Recent publications include Fabricating Power with Balinese Textiles (University of Chicago Press/BGC). Her research has been funded by Victoria and Albert Museum (Nehru Trust for Indian Collections), London; Asian Cultural Council, New York; Coby Foundation Ltd., New York, and Rotary International.