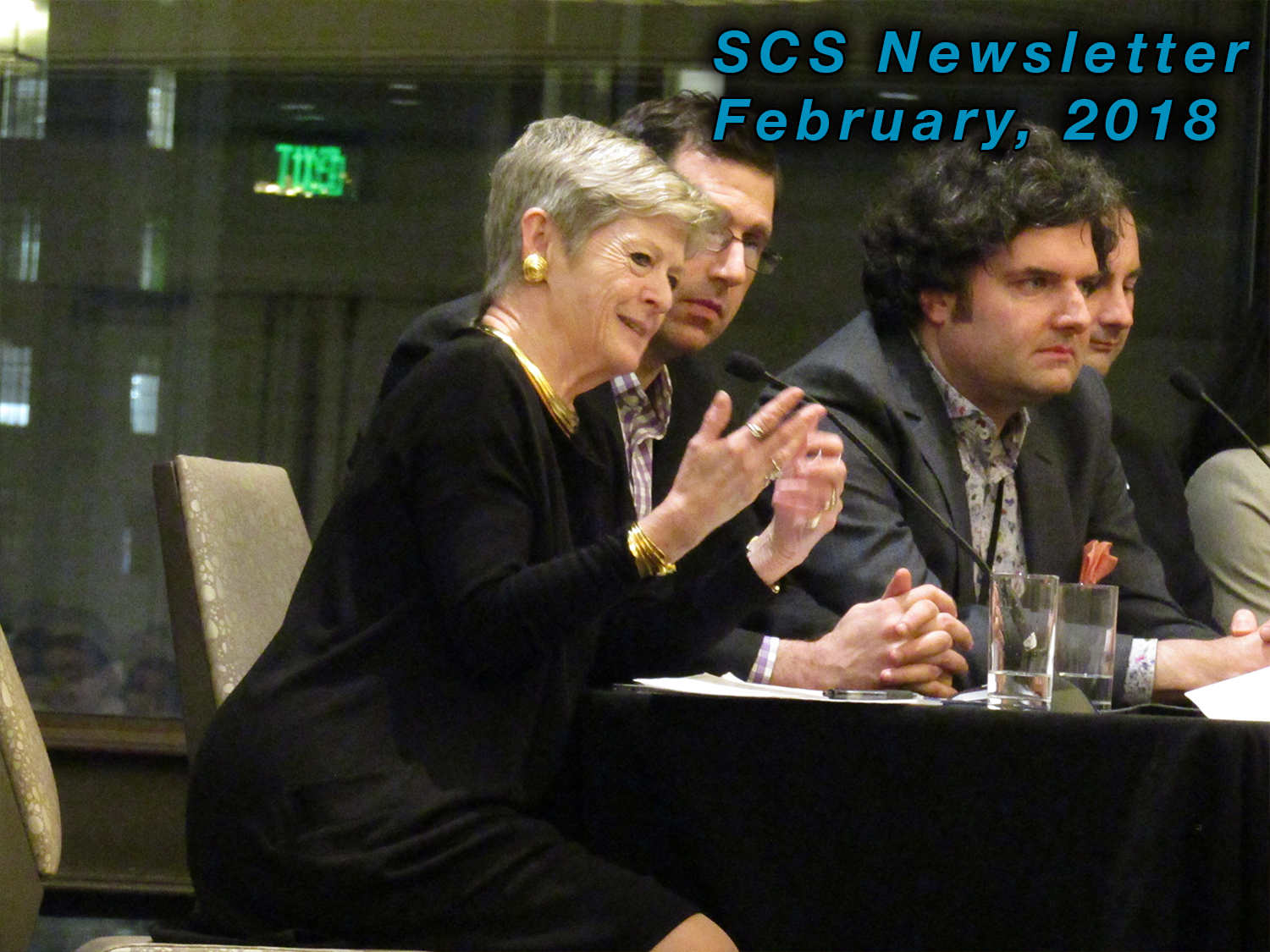 This was an active year for the Society.  It marked the first full year on the job for our new Executive Director, Helen Cullyer.  Helen is superb and has been a true joy to work with.  Her dedication, work ethic, experience, and acumen are really extraordinary.  We are extremely fortunate to have found and engaged her.

This year as well, the Society settled into new quarters in New York, housed in a building owned by NYU, which is very near Cooper Union.  We have an excellent, modern space, with a private office for Helen, access to conference rooms, and good working space for the rest of our team:  Erik Shell and Cherane Ali.  Erik and Cherane are also first rate.  You will have experienced their excellent work if you frequent our website, participated in the placement service, or attended the annual meeting.

Some of the Society’s actions over this past year were motivated by or responded directly to larger, contemporary socio-cultural issues.  For example, the Society has responded actively to the reality that 50% of faculty in American colleges and universities today are in non-tenure-track positions.  John Marincola is to be commended for having brought this issue to the forefront during his presidency.

As well, the membership approved a new statement of ethics which is particularly concerned with appropriate collegial treatment of contingent faculty and articulating their rights.

The Board also approved a statement on harassment at the annual meeting, published in the program of the meeting.

Over the course of the year, we have several times acted on the policy on public statements that was adopted during Roger Bagnall’s tenure.  These included such issues as the use of classical images on the posters of white supremacist groups on campuses and the proposed travel ban from certain countries.  I also issued a presidential letter on de-funding of the NEH, and on online threats received by our members.  In some instances, we joined with fellow learned societies, for example, on proposed withdrawal from UNESCO and on taxing graduate student tuition wavers.  This area of public advocacy is one where “rational individuals may disagree,” and I anticipate that the practice will continue to be closely monitored and debated among the board and the membership.

As I concluded my year of presidency, it seemed worthwhile to reflect on the statement I had submitted when originally nominated for the position.  Much of what I wrote then reflected the campaign concept of moving, “From Gatekeeper to Gateway.”

My statement also urged emphasis on “what you can do with a classics degree.”  This became the central theme of the activities I was able to organize at the annual meeting.  The presidential panel brought together four individuals with PhD’s in Classics who have gone on to careers other than the traditional, higher education teaching role.  They were eloquent, enthusiastic, and inspiring.

This year’s meeting also included a “career networking” event.  This new event brought together about 15 classicists with PhD’s who now work in other fields with about 45 SCS participants who wanted to learn more about potential career paths.  The event was structured around small group discussion tables with the “networkers.” Participants rotated every ½ hour to a new table.  (Speed-dating for classicists, if you will.)  The energy and excitement in the room were palpable.  This event will also take place at the San Diego meeting next year.  I want to recognize Jason Pedicone and the Paideia Institute for their Legionnaire’s project, which has identified hundreds of individuals holding Classics PhD’s who have pursued careers other than college or university teaching.  Without them, these events at the annual meeting would not have been possible.

During my presidency, there was one issue on which I wish we could have made more progress.

I have raised with the board consideration of a three-year presidential term.  The rationale for this will be obvious to anyone who has served in any administrative capacity.  It is very difficult to accomplish anything significant in one year.  In general, greater continuity can lead to a stronger organization.  It is also difficult for an Executive Director to work with a revolving door in leadership.

In practice, the frequent turnover may also mean that both strategy and tactics actually devolve to the Executive Director, rather than to the elected leadership of the organization.  While convenient, this is not necessarily healthy for the organization.

Finally, I would note that, when I was first elected, Helen and I attended a very useful orientation for Executive Directors and Presidents at the American Council of Learned Societies.  It was extremely helpful to recognize the shared issues of learned societies today.  The major question is: How we can offer valuable services to members? (In other words:  “Why should I be a member?”)  In order to provide value, we first need to know what members would value.  And, in this regard, younger voices are essential.  We need to develop an appropriate channel for that voice and have made progress with the institution of a graduate student committee.  The Society will appoint members to that committee in 2018, with the committee’s first full year of service beginning in 2019.

Finally, it has been a pleasure to serve.  The Board members and staff members have been wonderful colleagues:  responsive, thoughtful, and generous with their time.  I have been honored to serve in this position and look forward to continuing to work with Joe, Tolly, and the staff.

Hear from our Executive Director about Society activities at the main office.

Check out the new Forum Prize for public-facing Classics work, founded by the Committee on Public Information and Media Relations

Photo Credits for the February, 2018, Newsletter