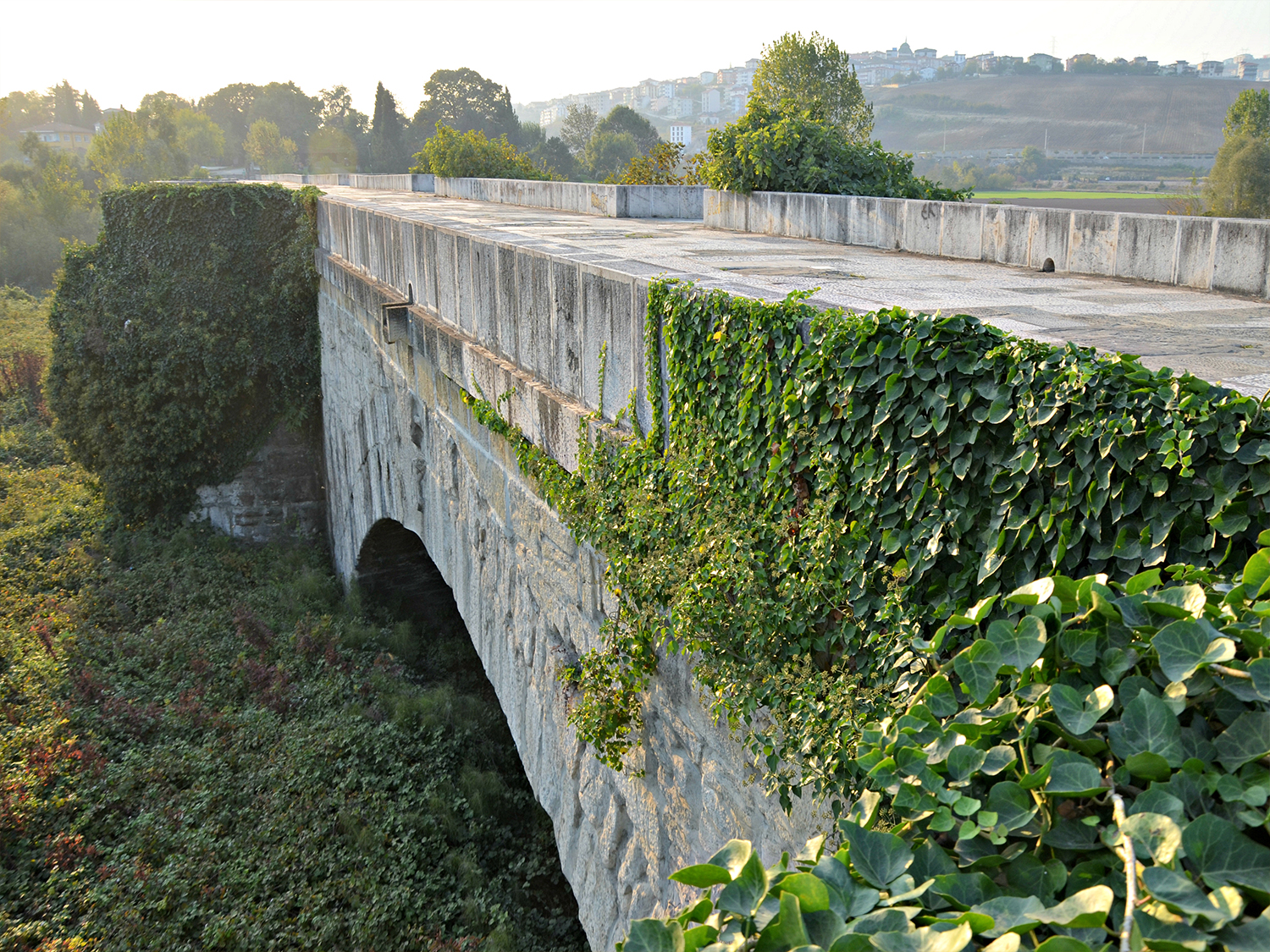 This report focuses on activities of the Executive Director and the SCS office and complements the reports of the President and Vice Presidents.  The report covers calendar year 2017 but includes some discussion of the 2018 Boston Annual Meeting as our governance year runs until Sunday of the Annual Meeting.  The section on the Society’s finances covers our 2017 fiscal year (July 1, 2016 – June 30, 2017).

Owing to the unexpected and tragic death of Jim Harvey, Director of Meetings, in January 2017 the SCS office began the year with a job search for a new Director of Meetings.  After interviewing three strong shortlisted candidates, we offered the position to and hired Cherane Ali, who has a background in meeting and conference planning in the medical and pharmaceutical fields.

SCS staff provided support to the Program Committee in Spring 2017.  The program committee meeting was held in New York in late June and staff were able to notify members in early July of acceptances and declinations.  Planning and scheduling for the Annual Meeting went smoothly for the most part, despite some problems causes by proposed escalator renovation at the Marriott Copley Place.  SCS staff worked closely with Paideia staff and John Paulas at Berkeley on planning the new Career Networking event, which will run again in San Diego.

In addition to planning the 2018 meeting, SCS staff, led by Cherane Ali and in collaboration with AIA staff, issued a RFP to cities to host the 2022-2023 Annual Meetings.  AIA and SCS narrowed down finalists based on availability, cost, and attendee preferences as stated in recent surveys on meeting location.  As a result of this RFP, we have secured contracts as follows:

Although we did not initially issue the RFP for 2024, the Hilton Chicago offered very competitive hotel rates of $147 per night for this year, in addition to favorable concessions and a reasonable minimum commitment for food and beverage charges. AIA and SCS decided that it was financially advantageous to the organizations and their attendees to lock this contract into place.

It should be noted that in light of the major disruption of the Boston meeting due to weather, the AIA and SCS leadership will consider whether to move the dates and locations of our meetings for years subsequent to 2025.  This decision process will be lengthy and involve consultation with members.

The SCS instituted several changes to the Placement Service in 2017.  These included elimination of the 30 day delay in job ads being made public, the option for candidates to upload their CVs to the online placement system for viewing by institutional placement subscribers, and the creation of short instructional videos for subscribers, candidates, and institutions on how to use the service.  Erik Shell managed all aspects of the Placement Service with efficiency and good humor.

SCS has published placement service data from the 2016-17 placement year here.  SCS will publish 2017-18 data later this year. However, figures from Fall 2017 already suggest a job market that is significantly improved over last year.  The fact that 22 institutions interviewed at the 2017 Meeting, while 30 institutions scheduled interviews at the 2018 Meeting, an increase of over 25%, is evidence of this, although other factors may be involved in the increase.

In addition to collecting placement service data on advertised positions and placement candidates, the SCS office began again in 2017 to collect and publish data on the following: names of individuals hired during the 2016-17 placement year with appointments beginning in summer or Fall 2017; and dissertations in-progress and completed at North American Institutions in 2016-17.  Of 146 job ads placed in 2016-17, only 62 institutions reported the name of the hire.  Of over 50 classics or classics-related PhD programs in the US, only 14 reported completed dissertations - it is likely that many institutions did not have completed dissertations in the 2016-17 year - and 32 reported in-progress dissertations.  The SCS will aim to follow up with institutions more frequently in 2018.

In Spring 2017, The Executive Director Helen Cullyer worked with VP for Professional Matters Barbara Gold on preparations for the Fall Departmental Census, which is conducted every three years.  SCS issued a RFP for data collection and analysis to three organizations and selected the Chicago Survey Lab, which conducted the 2014 census, on the basis of costs and the quality of their proposal.  Throughout the spring and summer Dr. Cullyer and Prof. Gold worked on refining the survey instrument, aiming to maintain continuity with the 2014 survey while adding new demographic questions and questions about contingent faculty.  In summer 2017, Dr. Cullyer worked with Chicago Survey Lab, who further refined the survey and programmed it into Qualtrics.  During the Fall, the survey was issued to over 400 institutions that teach classics in some form.  The overall response rate was 62.5% although not all institutions responded to all questions.  A report on the Census finding will be issued in Spring 2018.

SCS staff would like to thank Samuel Huskey, the Society’s Information Architect, who is responsible for keeping all aspects of our web presence running smoothly.  SCS staff supported the Communications Committee members and blog editor Meagan Ayer in posting weekly blog entries.  Staff have also made incremental improvements in updating our website content, assisted by graduate student assistants Lorenzo Del Monte and Stephanie Crooks and interns Oliver Hughes and Dorothea Newman.  A major task this year was the updating of the SCS resource on teacher certification requirements in all 50 US states. We thank Stephanie Crooks and Oliver Hughes for their hard work on this monumental project, as well as all SCS members who contributed.  The SCS YouTube Channel, founded and maintained by staff member Erik Shell, is thriving with 85 videos posted as of the end of calendar 2017.  These videos include interviews with classics scholars and teachers, those who have studied classics but are not scholars or teachers, and panels from our annual meetings.

In 2017, a major undertaking was the resurrection of the SCS Newsletter in a new digital format. The newsletter is sent to members in email form and also available as a pdf behind the member login on our website.  We intend to continue monthly newsletters through 2018 and beyond.

This has been an important year for updating and creating new SCS policies. The board approved the Society’s social media policy, a policy on harassment at the Annual Meeting, and the membership approved new wording on working conditions in the Professional Ethics Statement.  Dr. Cullyer developed a set of procedures to be followed by staff and officers in the event of a harassment complaint.  SCS staff assisted Roger Bagnall in planning a one-day meeting for the Cultural Property task force, charged by President Nugent with producing a draft revision of language in our Professional Ethics statement regarding research and publication involving artifacts of dubious or unknown provenance. This statement is currently available for member comment.

Throughout the year, Dr. Cullyer worked closely with President Nugent, the SCS Board, and other scholarly and humanistic organizations on advocacy consistent with the Society’s mission and values.  These efforts are described in more detail in the President’s report.

In 2017, SCS staff supported the Sesquicentennial Planning Committee in preliminary planning for the 150th year.  Staff worked with the committee and a graphic designer to design a Sesquicentennial logo, began to make plans for special events the 150th Annual Meeting in San Diego including a public lecture by Mary Beard, and arranged for Ward Briggs to visit the Society's archives at Columbia University.  Professor Briggs is preparing a history of the last 50 years of the Society.

According to membership reports from Johns Hopkins University Press, the Society ended the calendar year with 3,011 individual members.  Membership has remained relatively stable at around 3,000 members for the last ten years.  Classicist and statistician Jeremy Cohen has prepared a membership report analyzing membership data from 2000 to 2016. This will assist the SCS office and the membership committee in developing new member benefits and assessing dues rates. We are grateful to 2017 Membership Committee Chair Kathleen Coleman for recruiting the first set of SCS state legates, whose mission is “outreach in service of membership”.

In fiscal year 2017, Annual Giving receipts of new gifts totaled $73,967 exceeding the goal of the Annual Fund Committee by several thousand dollars. 12% of members donated.  There was an encouraging response to the Fall 2017 campaign, with several gifts from non-members as well as members. These include a spendable gift of $25,000, which the board has designated for public events in our 150th year.  In Summer 2017, the Executive Director collaborated with the TLL Fellowship Advisory Board on a submitting a new NEH grant proposal for the TLL Fellowship. Grant proposals to NEH, joint with the Paideia Institute, to collaborate on Paideia’s Aequora program and to ACLS for a Public Fellow were unsuccessful. Fundraising will remain a major priority in 2018.

In fiscal year 2017, the Society’s net assets increased from $7,546,588 to $7,941,016 due to investment gains.  The Society drew from its endowment funds at a rate of between 4.5% and 4.1% percent per fund, calculated on the basis of three-year trailing averages of fund values.  Endowment draw percentages are approved prior to the start of each fiscal year by the Finance Committee and the Board.  Total operating expenses were $1,264,878 while total operating revenues were $1,232,433 according to our audited financial statement.  The difference was made up by endowment draw from unrestricted endowment income.  This draw was consistent with, and did not exceed, the percentage draw from the General Fund pre-approved by the finance committee and board.  The General Fund also includes income restricted to Publications and Professional Matters.  Operating costs in New York are lower than anticipated owing to the fact that NYU does not charge the Society market-rate rent.  However, annual meeting costs in Toronto were higher than anticipated, since we incurred financial penalties for not making the minimum night of hotel room nights in our block at the Hilton.  Auditors BBD LP found no material errors in SCS accounting for FY17.  The full audited financial statement can be viewed here.

Prize for Teaching Excellence in Classics at the Pre-Collegiate Level:  No awards in 2017

In addition, nine graduate students were selected to participate in and received travel and per diem stipends for the summer Material Culture seminar held at Emory University.  The seminar was led by Dr. Jasper Gaunt and generously funded by The Samuel H. Kress Foundation, The Henry Luce Foundation, and Emory University

A total of 92 graduate students and non-tenure-track classicists received travel stipends to attend the 2018 Annual Meeting in Boston.  There were more applications from contingent faculty in Fall 2017 and fewer applications from graduate students than there were in Fall 2016.  These stipends are funded by the Annual Giving Campaign.  Stipend recipients who did not use the funds for the 2018 Meeting, because they were unable to travel due to weather, have been asked to hold the stipends for the 2019 Meeting, or return funds to the Society.

(in addition to the above)

Once again the Society contracted with Vote-Now to run electronic voting for the summer elections and tabulate the votes. Members can request a paper ballot.  1,054 members voted out of 2,700 members eligible to vote.  Not all members voted in all races.  The Society does not publish the vote tabulation but any member can request the tabulation from the SCS office.  All elected officers assumed their appointments on Sunday January 7, 2018 with the exception of those elected to the nominating committee who take office in Fall 2017.

Read S. Georgia Nugent's report on her year at the helm of the Society as its president.

Check out the new Forum Prize for public-facing Classics work, founded by the Committee on Public Information and Media Relations