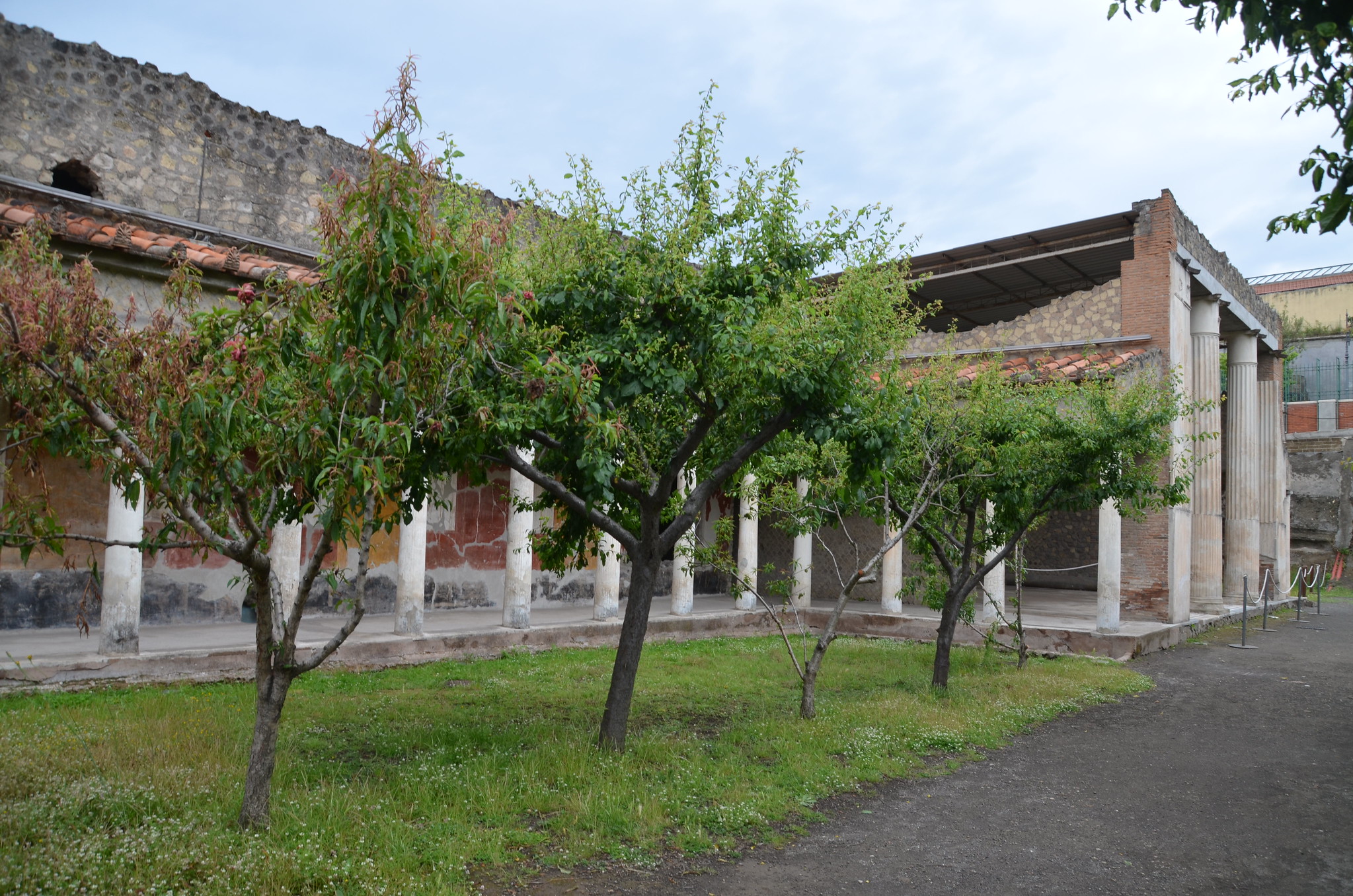 Our Division was very active in 2019. In late January, we assembled an ad hoc Committee on Podcasting Guidelines with Bob Kaster (Princeton), Zoe Kontes (Kenyon), Jennifer Larson (Kent State), and Scott Lepisto (Wooster), who worked efficiently and whose recommendations were approved by the Board in April 2019 and are now available on our website.

Here are updates on our individual committees:

Still the largest and most active committee in the Outreach & Communications Division, the CC continues to extend its reach both within and outside the organization. Chair Sarah Bond reports, “our [web] traffic has improved and our followers on Facebook are up, but I’d really like to underscore that submissions to the blog are also increasing, our gender balance is much improved from before I took over, and our publication of underrepresented populations is close to 25-30%” (up from around 5-10% in January 2018). This is the result of “broadening the scope of classics temporally, geographically, and in terms of those authors we publish [on the blog],” and Bond and her large team should be commended for excellent organization and generally energetic and sustained communication.

PIMR Chair, Shubha Pathak, writes that “After the 2019 SCS Annual Meeting, the Committee on Public Information and Media Relations undertook two main projects. During the early part of the calendar year, the Committee generated a list of potential nominees for the next cycle of Whiting Public Engagement Programs. Over the summer, the Committee focused on revising the nominating guidelines for the 2020 SCS Forum Prize, whose 2019 winner was Jeff Wright, creator and performer of Odyssey: The Podcast.

3. Committee on Classics in the Community (CCC)

The CCC has been especially active under the leadership of Mallory Monaco and thanks to the timely assistance of the Society’s Public Engagement Coordinator, Nina Papathanasopoulou. There are two areas of accomplishment in particular:

I. The CCC has been responsible for the distribution of grants via the “Classics Everywhere Initiative,” which in AY 2018-29 distributed $25,059 and funded (or partially funded) 28 projects (Round 1: 12 projects; Round 2: 9 projects; Round 3: 7 projects) from a total of 30 applicants. The initiative and the awards themselves have been publicized on the SCS website and through the Newsletter. In late August, Mallory wrote a blog feature on four projects that captured the essence of the initiative and the good work it is doing. Happily, it will be funded at $25K for another year with Mellon grant money.

II. The CCC devised the “Outreach Survey,” which Helen and her team sent out in late May and which produced an extraordinary document that has been shared with the board. Mallory has attempted to summarize the 160 responses thus:

Demographics: It was heartening to see that people at all ranks and types of positions are undertaking outreach activities, and moreover that as people are less under the pressure of T&P demands, they pick up more outreach work (full professors and emeriti/ae are doing lots of good work). That seems healthy to me.

Types of activities: Some people seemed confused about what is meant by "outreach", which indicates to me that we need to be careful in defining or even using this term as we rewrite the Classics in the Community charge. That said, the various activities mostly fell into the following categories: K-12 outreach, especially afterschool programs and Classics Days; collaborations with the arts and museums; public lectures and events for non-classics audiences in non-academic spaces; public-facing media (blogs, newspapers, magazines, podcasts, TV, radio); involvement in local classics organizations; individual consulting.

Desired Support from SCS: The most commonly mentioned types of support are: money; publicity; information-sharing among colleagues doing outreach (online and in-person); and an SCS traveling lecture series, like the AIA has. I'm happy to see that the SCS is already doing 1+2, and I think in the future, our efforts should be on developing #3, so that the SCS can be a hub for resources for classicists who are interested in/doing community-engaged work.

4. Annual Meeting event: This year our Division was the titular sponsor for a joint SCS / AIA session, “Classics and Archaeology for the General Reader: A Workshop with NEH Public Scholars,” organized by Helen Cullyer, Jodi Magness (AIA President), and Christopher Thornton (NEH Director of Research Programs). The session is meant to take place on Friday, 1/3/20 @ 8-10:30am and will feature: Eric Cline (George Washington U), James Romm (Bard), and Jodi Magness (UNC / AIA President), and be moderated by Thornton.

The 2019 Outreach Prize was awarded to Dr. Salvador Bartera, Assistant Professor of Classics and Dr. Donna Clevinger, Professor of Communication and Theatre at Mississippi State University in Starkville, Mississippi, for having organized annually at MSU for the last five years “Classical Week,” a two-night run of an ancient comedy or tragedy and a colloquium about an aspect of the performance.

Addendum to Vice President’s Report on Communications and Outreach

CCC: Committee on Classics in the Community

Classics Everywhere grants continue their impressive success, with, so far, 47 funded projects impacting a range of audiences in 22 US states, as well as locations in Canada and overseas. A series of SCS blog posts continues to feature the individual projects. The committee is working to improve distribution of information about the Classics Everywhere opportunities to those beyond SCS membership and academic classicists. Efforts are underway to help organizers connect and collaborate with others in their area through the creation of an interactive map.

The committee will seek later this year the SCS Board’s approval for an official change of their charge, as follows:

“The committee provides support to programs that make Classical Studies vital and accessible to communities beyond traditional academic institutions. The committee is responsible for evaluating applications for Classics outreach grants; for promoting outreach programs via SCS media; and for creating opportunities for members and others engaged in community outreach to meet with and learn from each other.”

Personnel issue: unanticipated changes in the committee membership have led to a gap in leadership; I have agreed to step in, on a temporary basis, to help coordinate the application process.

Tasked with submitting nominations for the Whiting Public Engagement grants, the PIMR Committee brainstormed ways to make their efforts more effective in the early identification of eligible candidates, particularly those not affiliated with a nominator-status institution. The difficulty in finding candidates who fit the specific criteria was also raised concerning the SCS Forum Prize; while the committee is moving forward with efforts to signal boost the specifics of the Forum Prize, it will also approach former recipients to suggest likely prospects.

The Committee noted its continuing unease with the name of the committee, as well as its far-reaching charge and concerned about overlap with the CCC. Specific drafted revision of both will be offered for consideration by the SCS Board.

The CC continues its admirable productivity, with plans to increase even further the breadth of perspectives beyond senior and well-established scholars, while noting the challenges in doing so. Their major concern is in how to handle submissions from anonymous sources. Committee members will draft a policy on anonymity early this year. Concern was also raised over the absence of SCS policy governing social media use for the annual meeting: what are the rights of individual speakers to limit others’ live tweeting their talks, in full or in part? What guidelines or practices could mediate the wishes of speakers and those of audience members? How can we respect speakers’ reasonable requests for privacy and still assure accessibility to others? Committee members agreed to likewise investigate guidelines used by sister organizations and draft a policy for the SCS Board to consider.