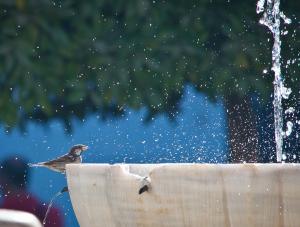 Catullus Online is a freely available digital edition of the poems of Catullus. It can be accessed simply as a Latin text of the poems—in editor Dániel Kiss’s own edition—or with each line linked to a full apparatus. Many poems can also be viewed in photographs from important manuscripts (such as O, courtesy of the Bodleian Library). This is a useful project for its intrinsic value as a new text of Catullus, for its ease of availability, and for the directions it implies for new tools in the study of very old texts. Here I will review it briefly as a text of Catullus, as a website, and finally as groundwork for the kind of online Catullus edition we can hope for in the future.

Unlike other editions of Catullus in digital form (e.g., at The Latin Library), this edition is the product of Kiss’s own research. In contrast to printed editions, Kiss has been able to include as full an apparatus as he likes. As a result, this apparatus is now the easiest way to trace the history of specific readings and scholarly conjectures on them.

The printed edition still most consulted and most accessible is the Oxford Classical Text of R.A.B. Mynors (1958). Kiss’s edition invites comparison with that text, especially since there is a growing realization that, for all the conjuring power of Mynors’s name, his edition needs updating in the light of newer work on Catullus’s text.[1] Kiss’s edition does indeed differ from that of Mynors, but mostly in matters of presentation and the technical side of editing. Some of the differences involve matters that cannot be a question of a Catullan autograph (e.g., punctuation) or that amount only to a distinction without a difference (Kiss, for instance, rarely allows the sequence qu-u as opposed to qu-o; sua- appears as sa- before another u).

A few interesting divergences between Kiss’s and Mynors’s editions that I noted are monendus es mihi for monendum est <te> mihi at 39.9, magis anxiis est petendus for magis est amatis petendus at 61.46–47, acta for alga at 64.60 and 168, Haemonisin linquens claris for †Minosim linquens †doris at 64.287, Rhamnusia for Amarunsia at 64.395, illusi for illius at 67.23, Manli for Mani at 68a.11 and 30, es for est at 87.2, and studiose for studioso and uenerante for uenante at 116.1. What Mynors prints as 95b simply appears here as 95.9–10. The fragmentary Priapea, misplaced by Muretus between poems 17 and 21, are not found here, nor is it obvious why the numbering of the poems skips from 17 to 21. Others will be interested in particular lines and poems, but these seem to me to be the most noticeable differences in readings. Kiss has produced a respectable, but hardly controversial, text that might stand with Mynors’s rather than supplanting it.

The great advantage of this format is that a full apparatus is now available to readers whose printed text of Catullus includes only a bare apparatus or none at all, as is typical in texts used by American undergraduates or secondary school students. A comparison of poem 76 from the two editions might yield pedagogical fruit for a teacher who wants to talk about the choices editors make and why they do so. Such students, after the minimal training and practice needed to use this edition and its apparatus, will be in a position to challenge a commentator who pronounces judgement on a reading without exploring other possibilities.

As a website and online tool, the presentation and architecture are strong, though not without problems. Having read passages of both text and apparatus on desktop computers with generous monitors as well as on a laptop, I can report that the size and density of the text as it normally appears—especially in the apparatus—will offer little comfort to those of us with weak eyes. Some may object that this has always been true of our printed editions as well. Nevertheless, it is a defect of print editions that might have been remedied in electronic format.

What is more, the site displays the entire text of Catullus at once by default. It would be helpful to be able to limit the display to one poem at a time. Such a presentation could also help resolve the issues of text size and density. Searchability is of course a major advantage of any online text, and that applies here. Note, however, that when looking for a specific poem by number, one must include a starting line number, rather than simply that of the poem (e.g., one can search for 17.1 but not 17).

The project represents a Herculean amount of work, and Kiss is to be commended for that. If I now mention a few desiderata, it is because Kiss has laid down a strong foundation that invites us to consider what else might be done. There is a good bibliography, but very little by way of discussion of the history or transmission of the text, for which readers will still need their print editions. A conspectus of variations from the most readily available editions, other than his own, would be a useful addition.

In substance, this is very much a traditional edition with apparatus and repertory of conjectures. It makes no pretense of being a full digital commentary; yet it could form the basis of one, whether augmented by notes from an out-of-print classic, or with newly authored notes based on Kiss’s own text, or both. I do not envision the kind of word-by-word parsing that has been the aim of the Perseus project; a translation of the text as Kiss presents it would be welcome all the same. I am aware these features, however desirable, do strain resources (both during the initial work and in hosting an expanded project). Perhaps in the future professional associations will place greater emphasis on such tools, leaving individual scholars, libraries, and institutions to shoulder less of the burden.

Kiss seems to have done the bulk of this work himself, with acknowledged practical aid from libraries and scholars throughout Europe and the United States. At many American post-secondary institutions, there is now a strong push to include students at every level in scholarly research in such a manner that they are partners rather than merely clerical helpers to faculty members. A project like this one could be a good way to do just that. One can envision a team, which, under appropriate supervision, learns to mine printed resources including rare books, in order to create similar repositories. The benefits of multiple eyes sifting the same data could come into play as in other citizen science initiatives, like the Ancient Lives Project, that crowd sources the transcription of Oxyrhynchus papyri. Some of those involved would need to be students of Greek and Latin, but a project of this kind could also bring together students in technical fields with projects in the humanities.

In short, Catullus Online is an important tool that reflects a great deal of traditional learning and suggests potential ways forward. I will make it a part of my own teaching of Catullus to undergraduates and graduate students alike, and I am confident that my quibbles with details are more a measure of the achievement than a reason to neglect this important resource.

Description: Online Latin edition of the poems of Catullus with full apparatus, repertory of conjectures, and photographs of important manuscripts

(Header Image: "Sparrow..." Image by Fran Silva via Flickr.com. Licensed under CC BY 2.0.)

Christopher Nappa is Associate Professor and Director of Graduate Studies at University of Minnesota. His research focuses on intersections between Latin poetry and Roman society. He is also interested in intertextuality, the history of satire, and ancient concepts of gender and sexuality. cnappa@umn.edu

05/23/2022
Blog: Contingent Faculty Series: An Interview with Victoria Austen
Our seventh interview in the Contingent Faculty Series is a virtual conversation between Dr. Taylor Coughlan and...
04/13/2022
Blog: Two Years Later: “Classics” after Coronavirus?
In an April 2020 post for Eidolon, I gathered predictions on “classics after coronavirus.” Two years later, it’s...
04/08/2022
Blog: Ancient Worlds, Modern Communities: Increasing Accessibility for the Study of the Ancient World
The Ancient Worlds, Modern Communities initiative (AnWoMoCo), launched by the SCS in 2019 as the Classics...
03/21/2022
Blog: I Love You, I Hate You: A Student’s Perspective on Learning Latin
I have always enjoyed Latin class because it felt like a puzzle, much like math. Find the verb, find the noun that...
03/18/2022
Blog: Power to Punish and Authority to Forgive: Imperial State and Imprisonment in 4th-Century Antioch
Research ideas often develop out of chance encounters or unplanned circumstances. My dissertation project was born...
END_OF_DOCUMENT_TOKEN_TO_BE_REPLACED