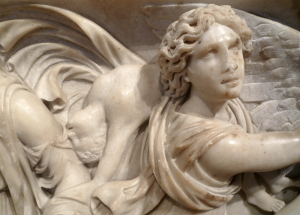 Though one might imagine that studying Classics is an integral part of primary and secondary education in Italy, that is not the case. The study of Classics is mostly available in metropolitan areas where wealthy populations have the time, money, and interest to invest in the humanities, while children in rural areas may finish high school with little to no exposure to Greco-Roman antiquity. Witnessing how few possibilities children in the rural area of Baschi have had to engage with the ancient Greek and Roman worlds, Rachele Pierini, a native of Baschi and Visiting Scholar for AlchemEast, a project on “Alchemy in the Making: From ancient Babylonia via Graeco-Roman Egypt into the Byzantine, Syriac, and Arabic traditions (1500 BCE – 1000 AD)”, received a Classics Everywhere award to create “Classical Words, Modern Heroes: Examples from 21st Century CE”, a year-long program aiming to show the relevance of Classics in the contemporary arts. Pierini specializes in Bronze Age Aegean scripts and served as a visiting fellow at the Center for Hellenic Studies at Harvard University in 2019.

Since, as Pierini notes, “Classics are deeply embedded in our 21st century mainstream culture", she wants to take advantage of certain mainstream works’ potential as gateways into the past. Her goal is to use a variety of modern and contemporary works to facilitate students’ intellectual entry into the ancient world, and to spark their interest further via points of comparison between the present and the past. To do so Pierini has brought together an impressive roster of contributors to her programming: school teachers from various levels, Classics scholars, fiction writers, musicians, performers, a TV journalist, the mayor of Baschi and local pastors. All of these will give presentations on different aspects of Greco-Roman antiquity, highlighting different aspects of the ancient past’s ongoing presence in our contemporary world. Examples of the works to be used include: J.K. Rowling’s Harry Potter and Hans Christian Andersen’s The Little Mermaid to discuss the function of sirens and other anthropo-zoomorphic hybrid figures out of Classical mythology; the fantasy series Game of Thrones and its repeated engagement with the Classical world; Mozart’s opera Idomeneo, Re di Creta, which is set in Crete and presents the aftermath of the Trojan War; Strauss’ Ariadne auf Naxos, which centers on the role of a female hero; the recently published Italian fictional novel Lotus by Roberta Dieci, which spins a yarn from the 2nd millennium BCE to 2019 CE, as two high-school students explore memories of their past lives among the Minoans. The programming will also include a workshop for creating Mycenean tablets and working with Linear B.

Pierini and her team will give bi-monthly presentations for students and their families at a Community Library in Baschi, while teachers bringing their students to these presentations are working with Pierini to incorporate units related to this programming in their classes. In addition, throughout the year students will work with Pierini and their teachers for an end-of-the-year presentation on what Classics means to them. The program was launched on Sunday, September 27 with the first presentation devoted to Medea and the theme of foreignness and titled "Communication between cultures, people, and languages". Pierini discussed the story of Medea and raised questions about people’s origins and identity, and about their emotions and consequences in the face of rejection from the broader community: “Are negative emotions something to avoid or rather something to embrace and process?” and “What are the responsibilities of a community refusing to accept a new person into its circle?” were a couple of the many questions addressed during the presentation.

Following Pierini’s introduction all the presenters shared their personal experience of being “the other” in a foreign context: Father Emery Ngoyi Muana, Pastor of Baschi and PhD candidate in Sociology at the University of Rome, originally from Congo; Julie Wade, English Instructor at the University of Bologna, originally from the US; Father Jacque Onguene, originally from Cameroon; and Pierini herself, who though a native of Baschi, has been living in Spain, the UK, and the US for the last few years. The presenters then together facilitated a discussion ranging over a great variety of topics: language acquisition, translation, Greek etymology in Italian, and the difficulties of preserving traditions and religion in a foreign country. Pierini ended the event with a discussion of the importance of empathy: beginning with the word’s Greek etymology, she traced its meaning through different contexts and time periods. 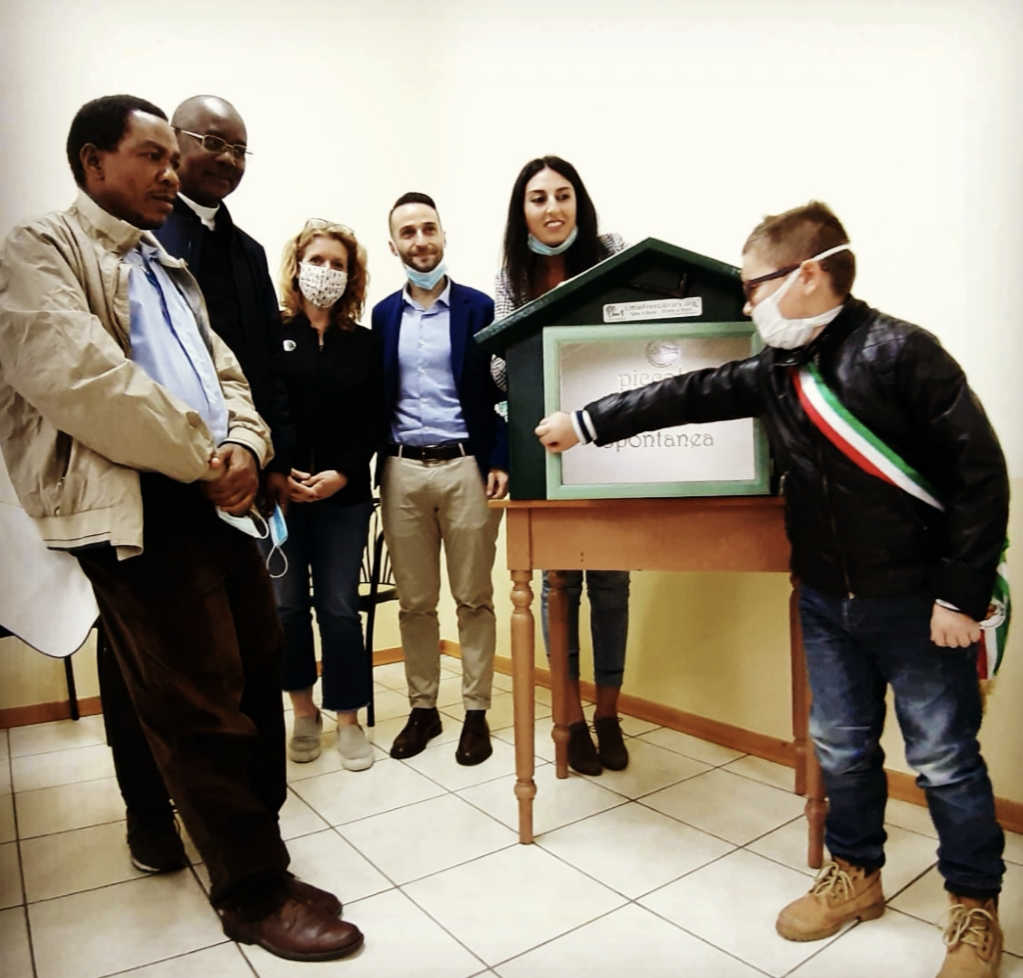 For Pierini the path to Classics must be made “not just easier but possible.” So as part of her programming Pierini used Classics Everywhere funding to purchase a wide selection of Classics-themed books to enrich the Classics section in the town’s Public Library and inaugurated the creation of a Little Free Library which is placed adjacent to the Public Library and is meant to encourage the sharing of books between the local families. Among the books purchased was a collection of six books called Thermae Romae. The collection offers opportunities to continue the discussion on the themes of integration, communication, and foreignness. Written by Mari Yamazaki, a Japanese writer currently living in Italy, the books themselves are an example of integration of Japanese and Roman cultures. Yamazaki presents the life, habits, and empire of the ancient Romans through the Japanese format of manga, a type of comics and cartoon art that has spread from Japan around the globe.

Thermae Romae is the perfect tool to convey the Classical World to teenagers and young adults since it is a unique combination of Roman and contemporary culture. For example, the main character, the Roman architect Lucius Modestus, discovers a strange drain connecting a Roman and a modern Japanese bathhouse. This way, Lucius gets in touch with objects that are unknown to him, like modern toilets. Fascinated by these innovations, he tries to build a similar tool in ancient Rome. In an entertaining yet very informative fashion, Thermae Romae goes back and forth between past and present and successfully shows the deep impact that the Classical World keeps having in contemporary culture. 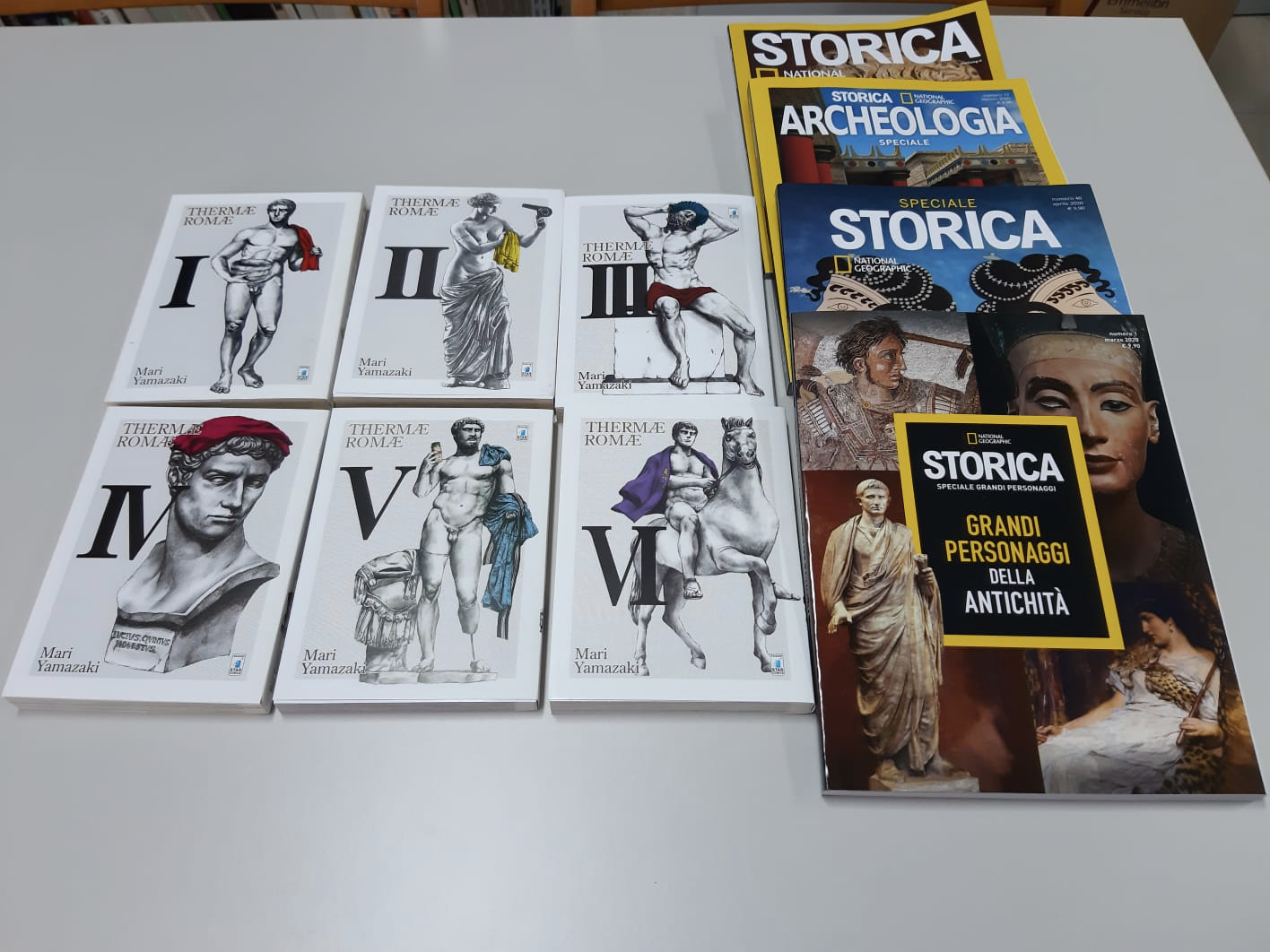 Figure 2: Some of the books purchased for the Public Library at Baschi. Photo by Rachele Pierini.

Commenting on the Little Free Library’s primary aim, Wade, who has collaborated with Pierini in this initiative, noted:

While the most evident objective of the project is to get kids to read more, another aim is to create community. The little library is a place where people meet and where conversations start. It is a safe space where there are very few rules. As the Little Free Library's motto says: “Take a book, leave a book.” It's as simple as that. 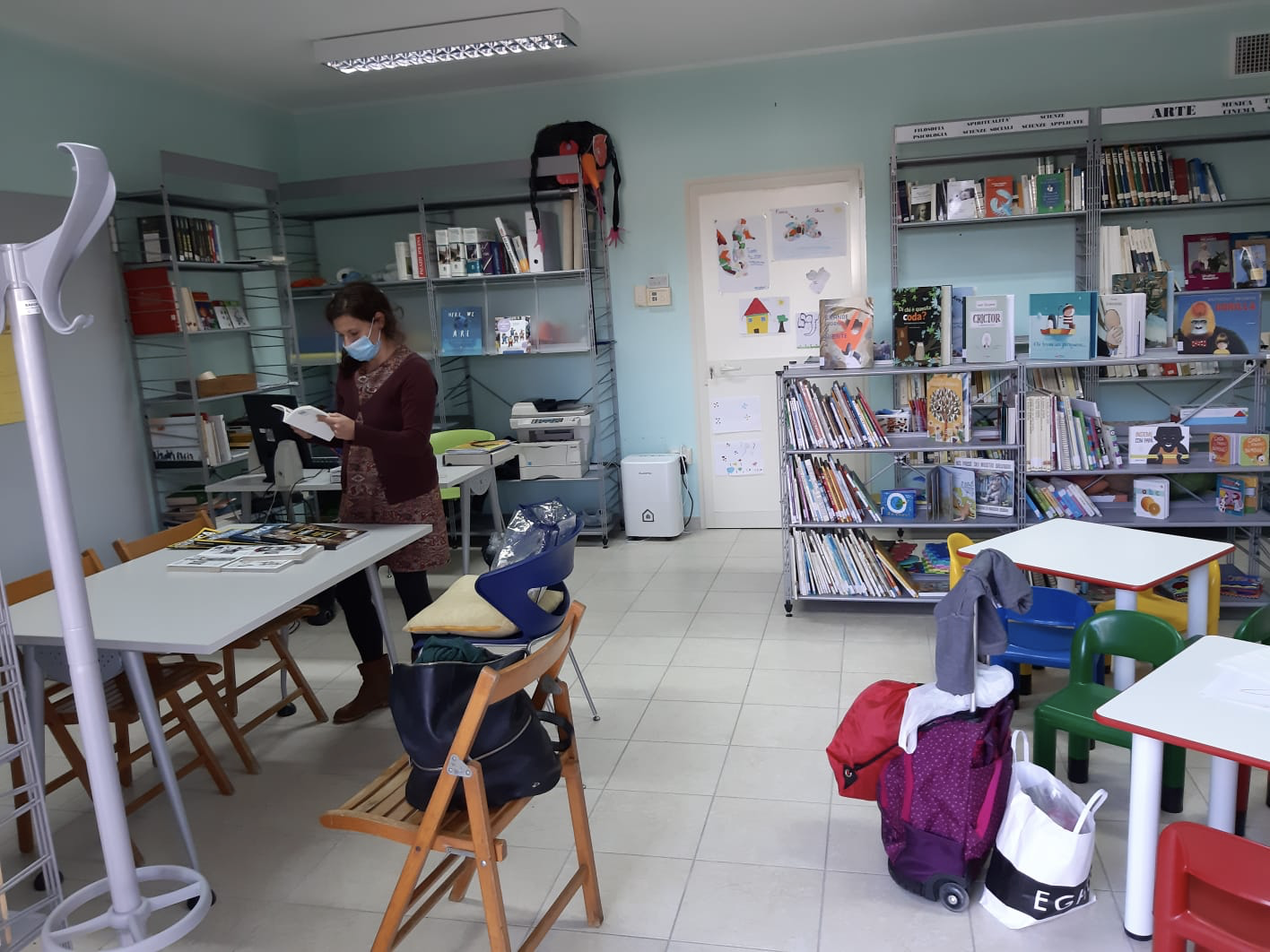 Figure 3: A room in the Public Library in the town of Baschi. Photo by Rachele Pierini.

The community of Baschi responded with great enthusiasm to this initiative and more than 50 people participated in the event on September 27. Alice Rossi, a 15-year old student who was present reported:

The Classics Everywhere initiative has very much struck my attention. Even though it focuses on history and literature, the project is successful in being highly relevant to the contemporary world. It achieves this by placing emphasis on information from books, which play a key role in the project (translation by Rachele Pierini).

Father Emery, who participated in the project’s first event believes that Pierini’s initiative is particularly useful in bringing together children and adults in the area. As he puts it:

I have been living in Baschi for the last two years. I have constantly looked for a bridge to connect youths and adults. The project "Classical Words, Modern Heroes" is to me a beautiful initiative that meets my dream. Thank you so much (translation by Rachele Pierini).

Baschi’s City Hall has also been supportive of the project. Inspired by Pierini’s work, the mayor and City Council decided to offer a prize competition for the most original and creative work that will be submitted as their culminating project at the end of the school year.

Wade also notes that this kind of engagement is particularly useful for small rural communities in Italy:

In a tiny hilltop town like Baschi young people might feel disconnected from the reality they see projected on television and social media. There seems to be a general trend in small communities around Italy where the younger generations feel their local reality lacks relevance in the modern world. Which is why so many gravitate towards urban centers for work or for studies, leaving their hometowns. A project like “Classics Everywhere” can help those struggling with a sense of identity realize how connected they are to many of the themes at the heart of the stories proposed.

The study of the Greco-Roman world becomes more interesting and valuable when students perceive its ongoing relevance within our contemporary world, and when diverse members of the community come together to share their perspectives. Many issues that troubled the Greeks and Romans are issues people grapple with today, and it can be uniquely rewarding to discuss them through the stories and thoughts of people that lived so long ago. Rethinking Greek heroes through the medium of opera, reimagining the Romans through Japanese manga, reentering the Minoan civilization through the pages of a novel: these innovative approaches can make the ancient civilizations more intriguing even as they become more accessible and perhaps even familiar.

04/13/2022
Blog: Two Years Later: “Classics” after Coronavirus?
In an April 2020 post for Eidolon, I gathered predictions on “classics after coronavirus.” Two years later, it’s...
04/08/2022
Blog: Ancient Worlds, Modern Communities: Increasing Accessibility for the Study of the Ancient World
The Ancient Worlds, Modern Communities initiative (AnWoMoCo), launched by the SCS in 2019 as the Classics...
03/21/2022
Blog: I Love You, I Hate You: A Student’s Perspective on Learning Latin
I have always enjoyed Latin class because it felt like a puzzle, much like math. Find the verb, find the noun that...
03/18/2022
Blog: Power to Punish and Authority to Forgive: Imperial State and Imprisonment in 4th-Century Antioch
Research ideas often develop out of chance encounters or unplanned circumstances. My dissertation project was born...
03/14/2022
Blog: Sampling Epic in Kendrick Lamar’s “Mortal Man”
Because it’s spirits, we ain’t even really rappin’ We just letting our dead homies tell stories for us....
END_OF_DOCUMENT_TOKEN_TO_BE_REPLACED