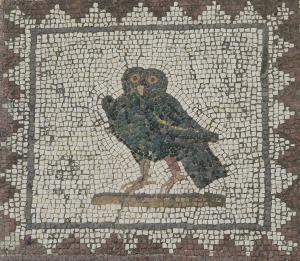 When Duolingo first released its Latin course, I was busy preparing for classes. I heard people, some of them high school teachers and some of them high school students, complaining that the app struggled to understand that Latin word order is often fluid and much harder to pin down than French word order, where you can be certain that you have a pronoun in the correct place. Hearing this complaint, I filed Duolingo Latin under things that are “not for me” and moved on. At the time, I was using Duolingo to practice my French (long atrophied since my college days) and to improve my Chinese (laughably bad). But my husband and my stepsons love Duolingo, especially its gamified elements. Our family was engaged in a competition to see who could get to the Diamond League fastest (my husband) and who could come in first in their league every week (me). It was in the spirit of competition, and of besting my husband and stepsons, that I finally logged into Duolingo Latin.

My first impression of the Duolingo Latin course was that it did not take itself too seriously. Here you will find sentences about deceitful parrots, dirty weasels, murder, and little boys stuffed with cheese. This vocabulary may seem strange to a Latin student (except the murder part because there are so many verbs for “to kill” in Latin), but it is hard to argue with the veracity of the sentences they created from these verbs. “The teacher is drunk.” You’re probably right there. “The girl would like ten cookies.” Same, girl, same! One thing over a decade as a middle school and high school Latin teacher taught me, students will remember things better if they are having fun with them or making fun of them. High schoolers have a talent for injecting humor into situations and for poking fun at authority. Check out the many Ecce Romani memes, if you have any doubts.  So, although the course could focus more heavily on core Latin vocabulary, the fact that the sentences are a bit irreverent makes words like crustulum or mustela instantly memorable.

One of the weaknesses of the Latin course on Duolingo is that it is extremely short. There are only two checkpoints and only five levels of acquisition for each topic. As a result, the course never goes further than the present tense. Nothing happens in the past or in the future. There are some sentences in the imperative, and the course does an excellent job of introducing the subjunctive, especially the subjunctive of volo in sentences such as, Decem crustula velim. Of more tricky syntax—ablatives absolute, cum-clauses, purpose clauses—there are no examples. Likewise, the sentences tend to be a bit short, especially if one is using Cicero as a standard.

Compared to the Duolingo French or Spanish course, the Latin course is about a quarter of the length. A student can master the content that is there easily but cannot progress past the early stages of language learning. In the other languages a student has an opportunity to read stories and to earn extra XP and lingots by reading stories in the target languages. These stories seem made for a Latin course, especially since translation and reading skills have long been such a cornerstone of Latin teaching, but these stories do not exist in Latin. And for me the lack of reading content is one of the biggest flaws of the Duolingo Latin course. But I can foresee a time in the future, as the length of the course is extended, when events happen in the past as well as in the future, and when you can read the creepy story about the wedding puppets (if you’ve read the stories in another language on Duolingo you know what I am talking about) in Latin.

After being warned about the app struggling with Latin word order, I paid specific attention to word order when I started the course. I have to assume that those issues were fixed before I started. I have always found the app to be very accurate in grading answers, and I love the way that some of the sentences have the verb at the start, some sentences include pronouns, and some sentences start with the direct object. This gives the students a chance to get a look at what it’s actually like to read Latin, where the word order is often used to suit the author’s purpose.

In the early stages there are many grammatical helps for students who might be struggling with a concept. But about mid-way through the grammatical help goes away. Now, since I already know Latin, for me it’s not a big deal, but I noticed this same discrepancy in the Duolingo Chinese course. Sometimes there would be tons of help, and sometimes the student was left to his own devices. In the Chinese course this seems to vary greatly from one topic to another. But in the Latin course the help disappeared about halfway through the course, as if that content had just not yet been created.

Hands down my favorite thing about Duolingo Latin is that it makes grammatical constructions that can be difficult to teach in a grammar-translation situation memorable and intuitive. As mentioned, they do a good job of using the subjunctive of volo when saying what you would like. But more than this, they use the ablative of price when discussing how much something costs in a way that makes nummīs feel like the norm even to a beginning student. Likewise, pronouns and irregular verbs, which a teacher can teach until they are blue in the face (I am pretty certain I passed out at one point while trying to get my students to understand hic and ille), are used so frequently and in so many different contexts that the students cannot help but learn them.

Perhaps the most noticeable weakness with Duolingo Latin is the poor sound quality. If you are using Duolingo French, Portuguese, or Italian, you will hear a good quality rendition of any of the sentences that you are asked to translate. The speakers have native intonations and speak quickly and accurately. If you are a student using Duolingo Latin you will hear one or sometimes two speakers saying individual words in a sentence. Sometimes there is a female speaker, sometimes a male speaker. Their accents are fine, but they sound as if they are speaking through cheesecloth from the basement due to the low sound quality. They also sound extremely serious all the time, which can be quite funny when they are reading sentences like, Psittacum ebrium et perfidum habeo. But they have little of the levity of the voice actors who read the other languages’ sentences. As a result, I often steal a move from my stepson, and turn the volume off on my phone when I do Duolingo Latin, and then just click “can’t listen now!” when asked to do a listening exercise. Is this good for my personal edification? No. But luckily, I already know Latin and only completed the Latin Duolingo course so that I could beat my husband and stepsons in XP for the week.

This year, while many of us are teaching online, or at least being asked to create courses that could be amphibious (taught live or online), I think that Duolingo Latin could find a place in the high school or college classroom. It cannot take the place of a Latin course, especially in its current iteration, but it would provide an excellent way to give the students more time on task, while the teacher is able to monitor their progress. And for me, if it helps my students learn the word psittacus, helps solidify their understanding of pronouns, or helps them to grasp what the ablative or the subjunctive are actually used for, then I would welcome it in my classroom.

After spending over a decade as a middle school and high school Latin teacher, Ashley Roman Francese now teaches Latin 101 and 102 at Dickinson College. Outside of the classroom, she is a freelance writer for Horse Nation, as well as being a horse trainer, saddle fitter and horseback riding instructor.

01/15/2021
Blog: Classical Architecture and the Attack on the Capitol
On December 21, 2020, which now seems like eons ago, Donald Trump issued the “Executive Order on Promoting...
01/12/2021
Blog: A committee, a coup, a Cruz, and a Catiline
Against the backdrop of the United States’ first non-peaceful transition of power, there is a much smaller-scale...
12/21/2020
Blog: Stultitiis et rebus infestis: Petition for UVM to Surrender its Motto
In memoriam Stellae Q. Decimae Lucerna ardens extinguitur   In March 2019 the Classics Department of...
12/18/2020
Blog: Contingent Faculty Series: An Interview with Joshua Nudell
Our third interview in the Contingent Faculty Series is a digital sit-down between Salvador Bartera...
12/04/2020
Blog: Come and Take It: The End of Eidolon
Late in the afternoon on November 5, 2020 — close to 24 hours after polls across the country had closed for the...
END_OF_DOCUMENT_TOKEN_TO_BE_REPLACED