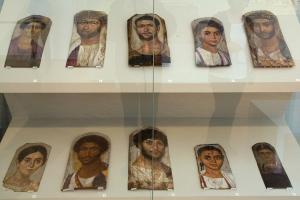 Recent years have seen much discussion about the future of Classics, and how Classics teachers, scholars and departments might make our field more engaging, accessible, and inclusive. Two of the projects Classics Everywhere is currently supporting aim to expand this discussion by tuning in to the perspectives of secondary school students just now getting acquainted with Classics. The digital blog Ad Aequiora aims to highlight the experiences of high school students, and early undergraduates, and the way they experience Classics in the US. Another digital journal, Novae Res Antiqui, is interested in expanding access to Classics through digital tools, and in building communities that include those studying Classics in the US, the UK, Italy, and China.

Danielle Bostick, Latin high school teacher at John Handley High School in Winchester, VA, runs Ad Aequiora, a website featuring essays that challenge assumptions, practices, and representations of Classics and encourage readers to think about the study of Greco-Roman antiquity in a new way. As the name of the website indicates (“Ad Aequiora: Towards a More Equitable Classics”), Bostick is interested in fairness and justice. Bostick started Ad Aequiora to provide a platform for new ideas and approaches to Classics and pedagogy, and a space where harmful distortions of Classics could be brought to light, including failures in the field. One article, for example, discussed how mock slave auctions were held as fundraisers under the National Junior Classical League (NJCL) until at least 2019. Another, by Tom Di Giulio, Latin teacher at Cheltenham High School, provided “a way to help teachers of secondary Latin identify racial biases in their materials and present curricula in a way that welcomes honest and respectful dialogue about race with their students, and equips students with skills that foster critical engagement.” For Bostick, it is important that students learn how to critically judge the information they receive. She has therefore also written about what she sees as misrepresentations of the Roman world, which she keeps encountering. Many Latin textbooks, for example, highlight Caesar’s military achievements and even hail him as a hero, while completely downplaying his brutality and violence.

With funding from Classics Everywhere, Bostick plans to run a series of essays written by students and people who are intersectionally underrepresented in the field of Classics. Funding will be used to compensate these contributors. Authors may include non-classicists and their experience with Classics outside the classroom; high school students who took a Classics course but did not enjoy it or found their Classics classroom to be hostile; high school students who were positively impacted by studying Classics in secondary school; and those who have not formally studied Classics but have encountered aspects of it through contemporary pop culture. These essays will amplify voices and ideas that are not usually heard, and will include reactions to classical material; modern versions of ancient Greco-Roman myths; and commentary about manifestations of Classics in the modern world. Examples of planned publications include an article by a high school student about the presentation of slavery in Latin textbooks, and an article by an undergraduate student contrasting how she experienced the teaching of Latin and Roman civilization in high school with the approach she encountered in college. 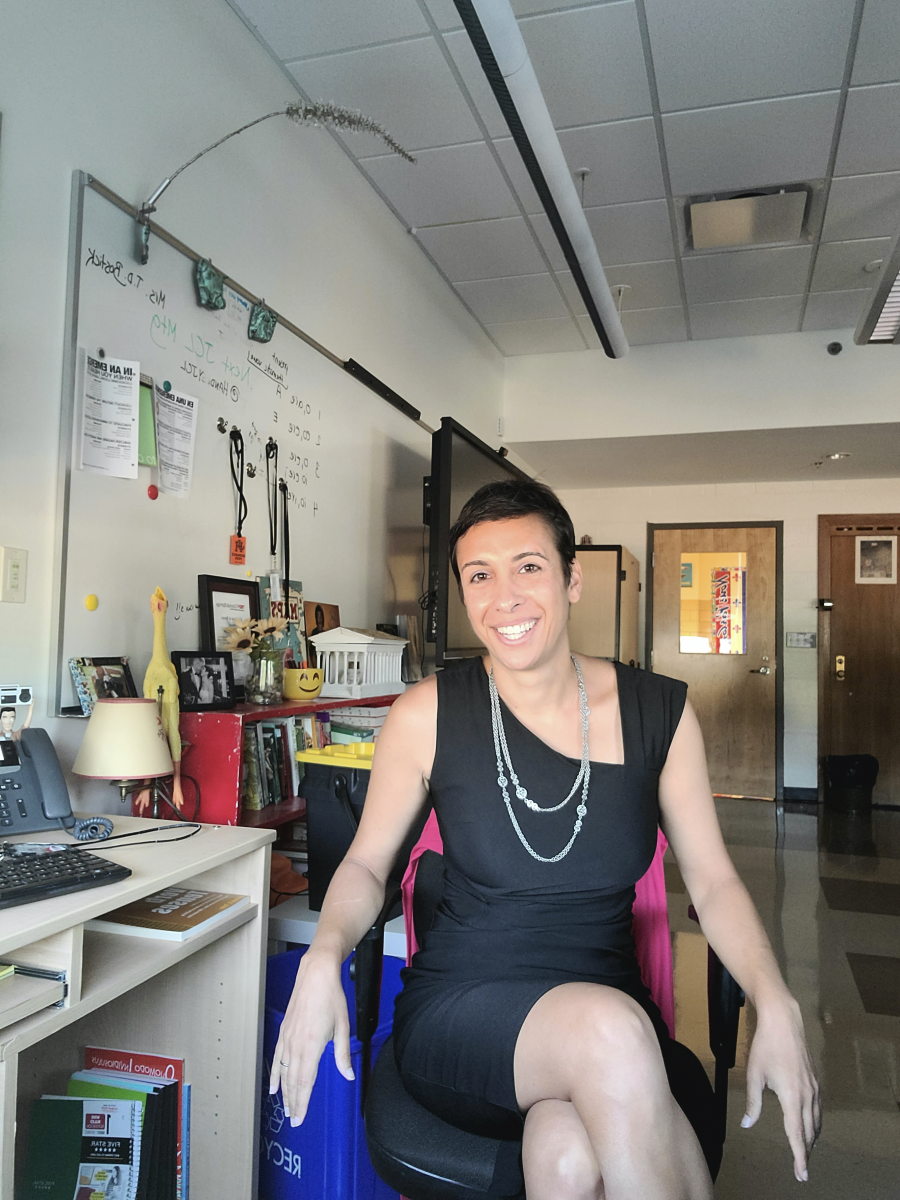 Bostick wants to give people the freedom to write whatever matters to them and to express openly how they relate or do not relate to Classics. She explains her vision further:

Classics has a history of exclusion. It is important to highlight the many different ways people engage with classical content. There is often an odd focus on promoting the “value of Classics” to the public without really looking at the actual influence of Classics-- both positive and negative-- in our world. I hope to shift the focus from the value of Classics to the value of people, especially those who have been excluded from the field over centuries or whose voices are typically undervalued/ignored.

Bostick welcomes submissions on these topics. If interested in submitting a piece to Ad Aequiora please email Bostick at dani.bostick@gmail.com.

Jonathan Fu, a high school senior at Phillips Academy in Andover, MA, is also interested in creating a platform to amplify student voices and facilitate communication between students of Classics from different countries. Inspired by conversations with international classmates, and discovering disconnects between the way Greco-Roman antiquity is taught in different cultures such as Italy, China, the UK and the US, he decided to create Novae Res Antiqui, a website aimed at fostering engagement with Classics through communication, technology, and digital projects.

We seek to spark the Classics by introducing antiquity to the powerful technological developments of the modern world to not only equalize a historically exclusive field but also revolutionize our modern perspective of the ancient world.

Novae Res Antiqui began as an idea in 2018, but got realized in early 2020 just around the time that COVID-19 was beginning to make its mark on society. With people around the world isolated in their homes, Fu believed that encouraging learning, communication, and community building through digital platforms was and continues to be particularly important. Having discussed different aspects of Greco-Roman antiquity with numerous Chinese students at his school, and with Italian students that he met during a summer program in 2019 in Italy, he wanted to create a conversation among students in those countries and explore the difference in each culture’s pedagogical approach to the field. Articles to be published on his website will center around the following topics: digital classics and their value in the field; ways of bringing computer science and engineering students into the study of classics; comparing Classics curricula and approaches to Classics in the US, China, Italy, and the UK.  In addition, Fu is preparing a podcast on similar topics and themes.

Fu and the students with whom he is collaborating are all strong advocates of using digital tools to expand access to Classics. In the last couple of years Fu has been involved in a number of digital Classics projects. He is currently helping with digitizing the Charles H. Forbes Virgil Collection of his high school; he recently started working on the digitization of the Goncalves Latin-Chinese Dictionary and of Doederlein's Handbook of Latin Synonyms - projects led by Christopher Francese, Professor of Classical Studies at Dickinson College - ; and he is also doing research and finding data for the Pleiades project. 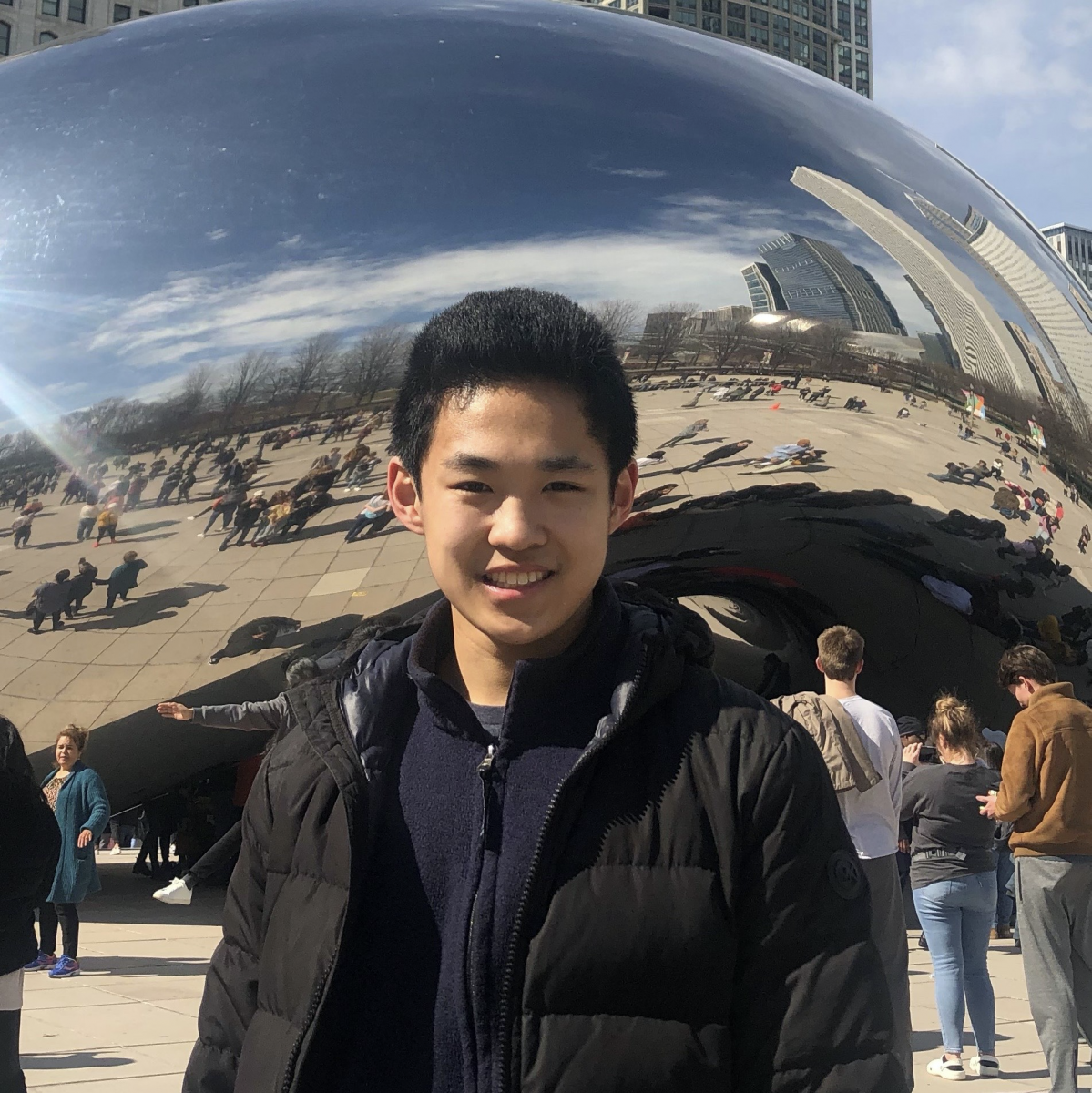 Christian Negri, a first-year Italian student at the University of Padua studying Classical Archaeology, is particularly excited to work with Fu on this project, as he finds that Italy has been slow in incorporating digital tools into the study of Classics:

What I like about the Digital Classics is that it brings classics outside the libraries and the academies, so that everybody can study them more easily. As part of the Novae Res Antiqui team, I hope to help spread this information to more and more students across the world, especially in Italy. 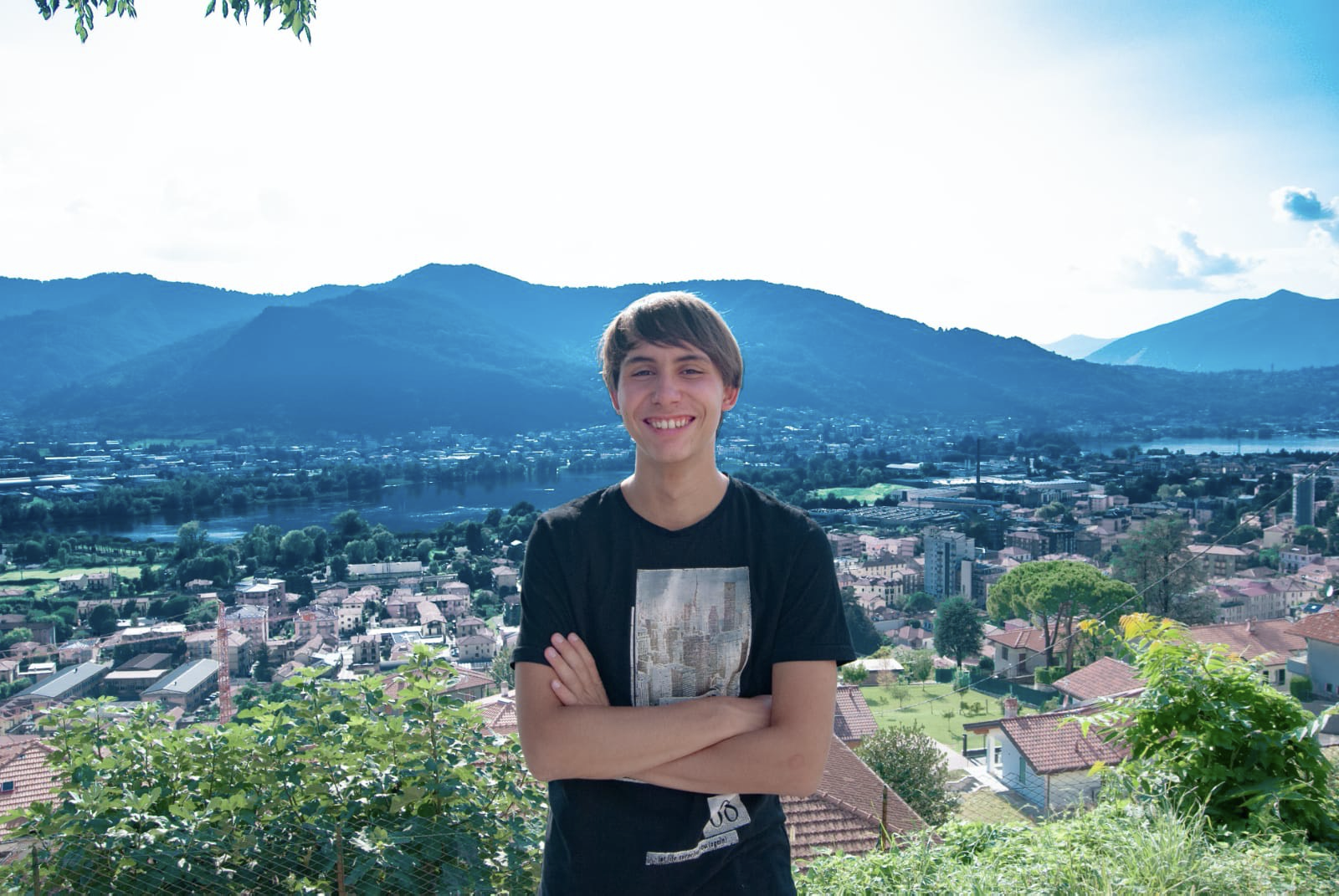 Another student, Srija Dey, a senior at Timber Creek High School in Orlando, Florida, is also eager to be contributing to Novae Res Antiqui:

When the topics of classics comes up, images of ancient books and stereotypes of outdatedness fill our mind. However, digital classics is a new and exciting way to bring this knowledge to larger audiences in a modern fashion. Not only does it make it more accessible, but it also represses the stigma that classics is a thing of the past. By working with Novae Res Antiqui, I am able to work towards a larger goal of keeping these studies fresh and fun and incorporating it into our cybernetic world. 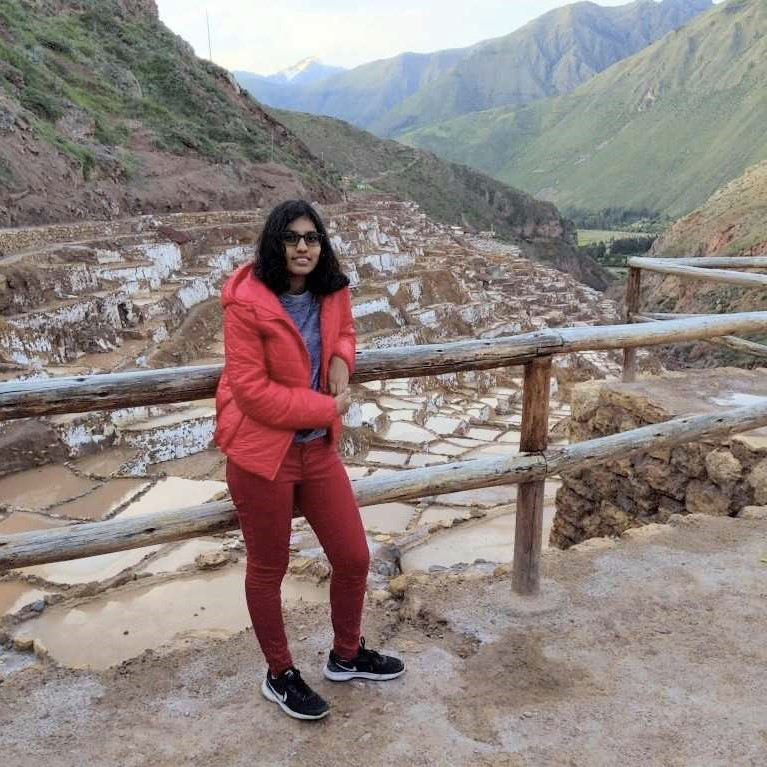 The interest that high school students and teachers are showing in rethinking Classics and finding ways to make it more relatable, accessible, and fair is quite encouraging. To raise awareness of the cultural and social issues in which our field has played a complicated role, to amplify the voices of younger students, and to incorporate the skills and interests that the younger generations can bring to our field – these are vital steps toward reimagining and reinterpreting Classics for the 21st century, a time whose stories have yet to be written.

04/13/2022
Blog: Two Years Later: “Classics” after Coronavirus?
In an April 2020 post for Eidolon, I gathered predictions on “classics after coronavirus.” Two years later, it’s...
04/08/2022
Blog: Ancient Worlds, Modern Communities: Increasing Accessibility for the Study of the Ancient World
The Ancient Worlds, Modern Communities initiative (AnWoMoCo), launched by the SCS in 2019 as the Classics...
03/21/2022
Blog: I Love You, I Hate You: A Student’s Perspective on Learning Latin
I have always enjoyed Latin class because it felt like a puzzle, much like math. Find the verb, find the noun that...
03/18/2022
Blog: Power to Punish and Authority to Forgive: Imperial State and Imprisonment in 4th-Century Antioch
Research ideas often develop out of chance encounters or unplanned circumstances. My dissertation project was born...
03/14/2022
Blog: Sampling Epic in Kendrick Lamar’s “Mortal Man”
Because it’s spirits, we ain’t even really rappin’ We just letting our dead homies tell stories for us....
END_OF_DOCUMENT_TOKEN_TO_BE_REPLACED