Blog: Classics and the “Flyover States”: Remembering the Morrill Act in Middle America

At last year’s SCS annual meeting in Boston, the Program Committee sponsored a panel called “Rhetoric: Then and Now.” Among the speakers constituting that panel was Princeton University Professor Dan-el Padilla Peralta, who, in lamenting the “inadequacy” and “meagerness” of a number of recent efforts in the field to diversify and expand access, delivered the following provocation: “perhaps it is time for this contemporary configuration of Classics to die so that it might be born into a new life.”

Logeion allows searches of a series of Greek and Latin dictionaries and classical reference works. It was developed beginning in 2011 at the University of Chicago by students Josh Goldenberg and Matt Shanahan under the direction of Professor Helma Dik, and regularly adds new features and resources. Inspired by the innovative Dictionnaire vivant de la langue française, also based at the University of Chicago, it began with a nucleus of several reference works originally digitized by Perseus.

What is the role of graphic novels in teaching the ancient world to students? Prof. Chris Trinacty addresses this question and reviews two recent additions to the genre: Rome West and The Hero (Book Two).

In order to prepare for the SCS’s upcoming sesquicentennial at the annual meeting in San Diego from January 3-6, 2019, the SCS blog is highlighting panels, keynotes, and workshops from the schedule. Today we highlight the Animated Antiquity: A Showcase of Cartoon Representations of Ancient Greece and Rome workshop by interviewing Ray Laurence (Macquarie University) about his work using animation to teach Roman daily life.

A Glimpse of Teenage Life in Ancient Rome

Blog: A Day in the Life of a Classicist and Museum Director

A Day in the Life of a Classicist is a monthly column on the SCS blog written by Prof. Ayelet Haimson Lushkov celebrating the working lives of classicists. If you’d like to share your day, let us know here. 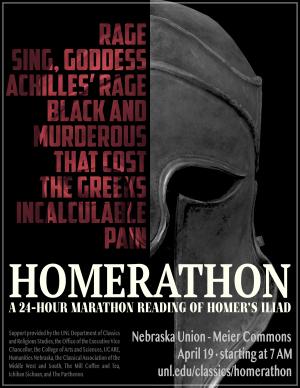 Historical fiction based in the ancient world has long been a fruitful way to encourage the interest of non-specialists in the ancient world. These novels can also be used profitably to improve classroom pedagogy. I regularly assign a work of historical fiction in my online Intro to Ancient Rome course.  This summer, I opted for Steven Saylor’s most recent addition to his Gordianus series, The Throne of Caesar. My students in the summer are nearly all STEM majors who are looking to complete a core requirement, often while simultaneously working full-time. I need to select novels that are readable, follow Roman history accurately, and add dimension to the world and characters that they are studying. Ideally, the novel will also encourage the students to think about some aspect of Roman history from a new perspective.