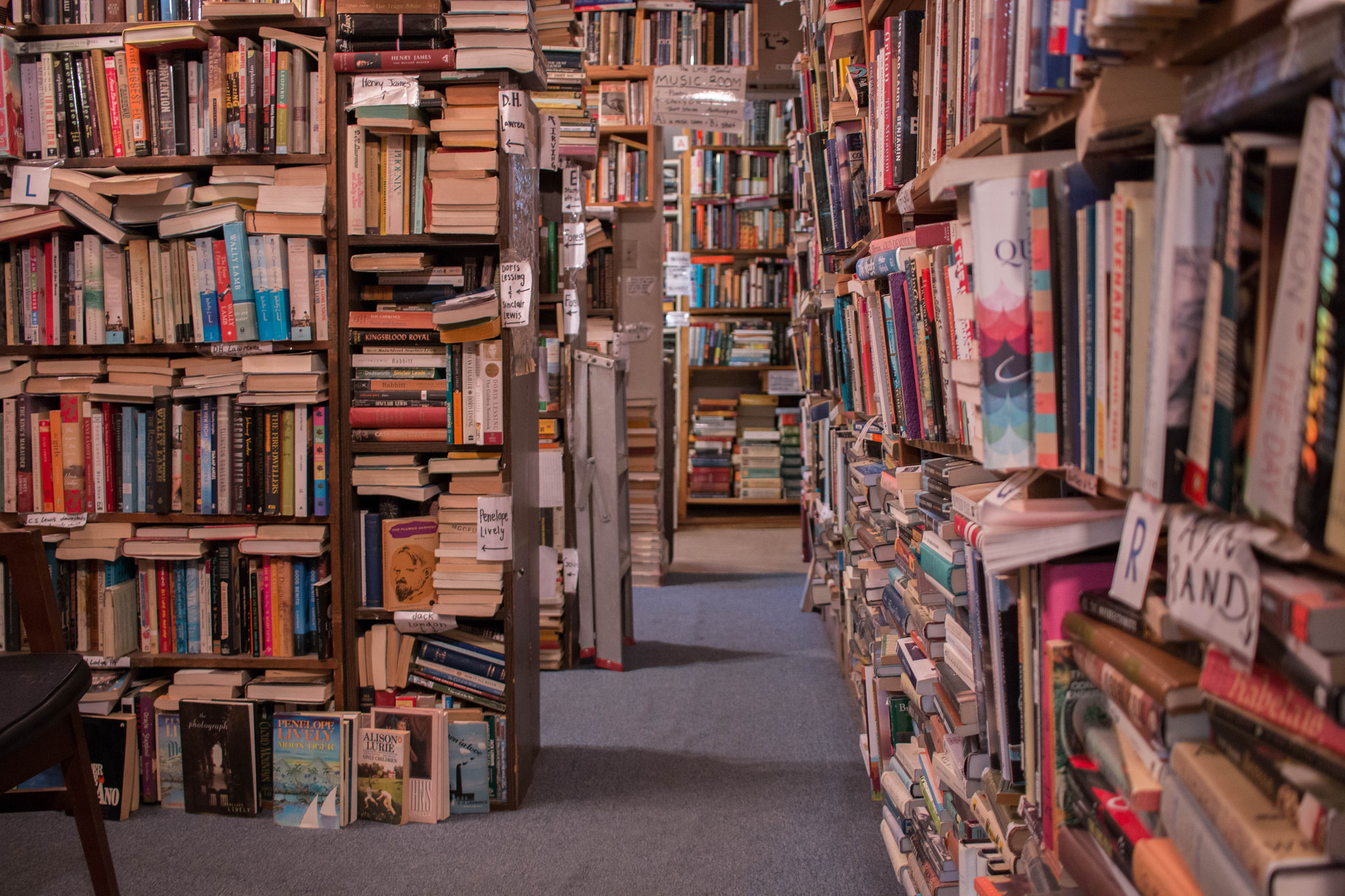 Below are the citations for the winners of our 2018 Charles J. Goodwin Award of Merit. Please join us in congratulating this year's winners.

Sweet dreams, bad dreams, broken dreams, impossible dreams, dream jobs, dreams come true, dreamy dates, dream teams, the American dream, only in your dreams, dream on: dreams are among our most familiar experiences but wonderfully mysterious all the same. In modern times dreams tend to be something internal and personal, perhaps mere nonsense, perhaps an expression of wishes and fears conscious or unconscious. For classical peoples, dreams were something more, signs from outside, indeed an important channel for divine-human communication. And so incubation – sleeping in a place where dreams may come – was a multi-faceted practice throughout the ancient world from earliest times to late antiquity: a practice undertaken for therapy, for cures, for enlightenment, and for revelations.

Gil Renberg's Where Dreams May Come: Incubation Sanctuaries in the Greco-Roman World, in two ample volumes from Brill, is a dream come true for all students of ancient religion and healing: a systematic, exhaustive, beautifully organized, and highly readable exploration of incubation from the Mesopotamian, Anatolian, Greco-Roman, and Egyptian worlds, from the bronze age to late antiquity, masterfully assembling and analyzing a vast amount of data and testimony literary, epigraphical, and archaeological, all anchored to a full bibliography. Along the way Gil Renberg brings to life a great many details of the incubatory experience: who knew that Asclepius could send a snake to lick your ears to cure hearing loss? Or that mere water could play such a central and complex role? This work’s combination of systematic inventory and revelatory analysis reminds us that in classical studies, creative excellence manifests itself in a variety of ways.

Gil Renberg, who has spent many years on this project, emphatically stresses at the outset that a far-flung and generous scholarly community has made his work possible, thanking more than a hundred scholars for their helpfulness. His aim is not so much to solve all of the many issues that a century and more of incubation studies have raised as it is to clear the ground for future work by separating what is definitely known from what still needs to be learned, distinguishing also what can only be the object of speculative argument or the product of imagination. In the process, he brings to life an important aspect of ancient experience in the Greco-Roman and wider world, and also provides a model of meticulous, lucid, and generous scholarship for the present. Like all great works of scholarship, Where Dreams May Come has handsomely – even dreamily – set the table for all future work in this central and fascinating area of ancient religion and healing.

All comedy starts with anger.  That leitmotif runs through the pages of Amy Richlin’s Slave Theater in the Roman Republic:  Plautus and Popular Comedy, Richlin’s summa, one might say, product of a distinguished career that began with a similar theme in The Garden of Priapus:  Sexuality and Aggression in Roman Humor thirty-five years ago, and that has ranged widely through explorations of subjects once left discreetly aside or veiled in the obscurity of a learned language.

Now she rewrites the history and meaning of the fabula palliata, mastering, but not enslaved to, a long scholarly tradition, from Eduard Fraenkel to Sandra Joshel and Kathy Gaca.  But her reach is wide as well as deep, engaging recent and contemporary work in anthropology, folklore, and modern pop culture.  One very instructive and relevant footnote pursues the details of the Latin curriculum of Dulwich College in the student days of P.G. Wodehouse.  The book offers a paradigm of traditional philological scholarship at its very best, enriched by a broad view, a keen eye for the telling detail, and a passionate commitment to hearing and letting us hear the voices of the downtrodden.

The story that unfolds is set in a beleaguered Italy, a land of constant warfare and mass enslavement.  We never forget that Plautus’ career unfolded during Hannibal’s years in Italy and we are challenged to keep in mind that the actors and spectators of these funny things that happened on the way to the forum included survivors of the carnage at Cannae.  The actors, the spectators, and the characters literally embodied the culture and horrors of the time.  Too often beaten, raped, and starved, they made of their experience occasions for laughter – for whatever little laughter can do to assuage or avenge or almost make sense of the effects of violence.

The stage – often not more than a wide spot in the road – set slaves and masters, prostitutes and pimps, in whirling motion.  The palliata gave the slave, the freed slave, and just the wretchedly impoverished free citizen a chance to act out the open secrets that possessed them, through double-entendre, irony, verbal duels, slapstick, role reversals and knowing asides to the audience – and a little song and dance.  This was their opportunity to speak shtick to power and and they do so with a will, giving us glimpses of their shimmering dreams of home and freedom.  We come away with a renewed sense of our good fortune in having these plays survive, disguised as classical literature, to enable Richlin to bring us closer to Roman lives that were marked by much sadness, much anger … and even much laughter.

Harriet I. Flower, The Dancing Lares and the Serpent in the Garden: Religion at the Roman Street Corner. Princeton 2017

A dense and rich account of an understudied aspect of Roman religion, Harriet Flower’s The Dancing Lares and the Serpent in the Garden: Religion at the Roman Street Corner weaves together strands from complex and variegated sources into a coherent picture. The book opens with its own act of pietas: a striking photograph of the book’s distinguished dedicatee, standing nonchalantly before a surviving compitum, brings the Roman street-corner to life. Comparison of inscriptions, altars, and painting from Rome, Pompeii, and elsewhere on the Italian peninsula with literary works written by elites shows that lares, consistently gods of place, were worshipped differently depending on locale, but with an overall constancy that has escaped prior scholarship. Because those primarily responsible for the daily worship of the domestic gods of the hearth were often women or the master’s delegate and the vicomagistri of the lares compitalia were often freedmen, they fly below the radar of elite experience and hence the literary record. Reconstructing their history has required Flower to demonstrate expertise in material culture and to survey her subject across disparate and demanding fields.

The interpretation of most of her materials was controversial in antiquity and remains so now. Flower grabs the nettle. She is generous in taking her reader through her thought processes and fearless about advancing novel views. She bats away suggestions that the lares were spirits of the dead. Cult of Augustus’ genius at Rome? Flower answers a resounding “no.” Surely that’s Aeneas or perhaps Numa on the Ara pacis Augustae? Unlikely. She thinks a better candidate for the figure is Titus Tatius. Not all her conjectures will win assent, but she is intellectually forthcoming about making them and they raise the bar for future scholars, who will have to reexamine questions they thought were settled and argue for competing interpretations within a more capacious evidentiary frame.

Learned and confident, Flower offers a page-turner that sheds light on inaccessible aspects of Roman daily life with vividness and sympathy. Her intersecting paths of research culminate in her reassessment of the Augustan religious revival. By giving responsibility for local worship of the gods of the street corners to the lower classes of society, Augustus provides a vehicle through which they may share and invest, emotionally and financially, in his declaration of a new age of peace and prosperity. Scholars interested in Roman religion, in social history, and in the Augustan program will refer to this book for years.

Catch up on potential changes to the SCS ethics statement.